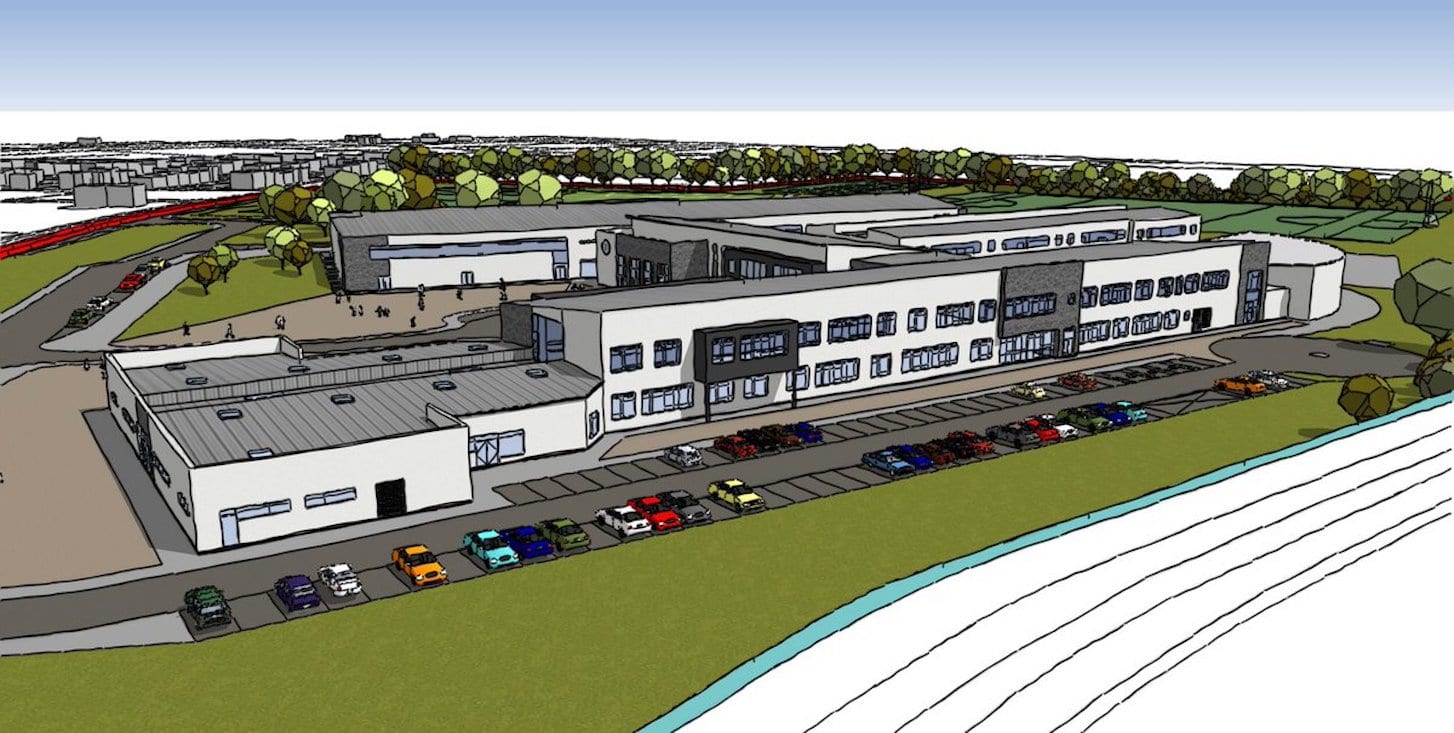 Formal approval is being sought to demolish a Co Armagh secondary school and replace it with a new state-of-the-art campus costing in the region of £21 million.

More than 20 new staff positions could be created if plans for a replacement Lismore Comprehensive – described as a “long-term positive legacy” for the area – are given the go-ahead.

The submission of formal proposals – which will be publicly advertised next week – come more than two years after a pre-application consultation process got underway.

A planning statement – in support of the application by the Trustees of Lismore Comprehensive – describes it as a “major investment in the school facilities that will provide a modern and welcoming environment for all pupils, staff and visitors alike”.

The proposal has been submitted to Armagh City, Banbridge and Craigavon Borough Council for consideration.

It involves the construction of new school buildings to cater for a similar number of students – currently in excess of 1,150 – and learning support classrooms.

The new school could see staff numbers increase from 136 to 158.

The ambitious project will also include three new sports pitches, four tennis courts, as well as new staff and visitor car parking, with access off the Monbrief Road. There would be a bus drop-off area, with a separate access on to the Monbrief Road.

Proposals would also include landscaping and associated works.

With the new accommodation built, the proposal also seeks approval for the demolition of the existing Lismore Comprehensive School on the Brownlow Road and Moyraverty Road.

The intention is that the site would then be cleared.

Existing access points and drop-off parking areas will be retained.

But the plan is to create an area of landscaped ‘green open space’ on the existing site.

The planning statement reveals that it is proposed the new school is constructed to the east of the current premises on 9.16 hectares of lands zoned as ‘open space’ and adds: “This will allow for a smooth transition from old to new school building at the start of an academic year with minimal impact on its staff and pupils.”

The former site will be converted to open space – around 9.27 hectares – to replace that which has been built upon.

The planning statement reports that there has been 25 months of “formal pre-application discussion” with council prior to the proposals being submitted.

There has also been “significant stakeholder and community consultation” over the past two years, including three public information events, the most recent in March this year.

The three new pitches will take the form of two grass and one synthetic and, while there are no plans for floodlighting them, it is expected they will be “made available for use by the wider public when the school is not in operation”.

The new school will be built with wide front courtyard “to create an inviting approach promoting caring and learning together with the community”.

The two-storey building has been designed to reference the shape of the ‘old stone fort of Lismore’, the remains of which are located within the existing school grounds.

The ground floor will include accommodation for, among others, Technology & Design, Home Economics, Science, Drama Department, English and History, as well as learning support classrooms and general classrooms.

There would also be a multi-purpose hall, gymnasium, sports hall and changing rooms.

It also includes other general classrooms as well as staff accommodation, a Sixth Form Centre, a library, fitness and changing and drama/lecture room.

The planning statement adds: “The development represents a £21 million investment in the area and will provide a modern and fit-for-purpose comprehensive school for the wider Craigavon area and for future generations.”

The application will be open for public comment after it is advertised next week before detailed consideration is given to the proposals and a decision made.