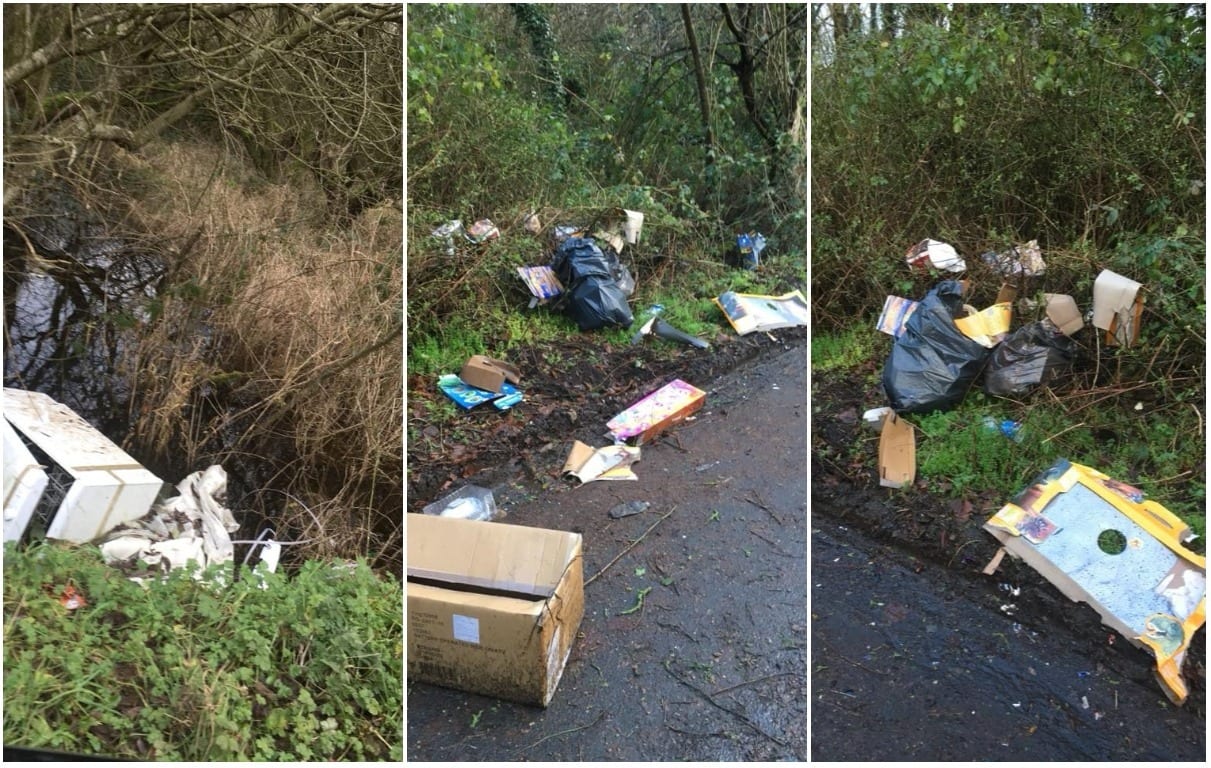 Almost 1,800 incidents of fly-tipping have been reported to the Armagh City, Banbridge and Craigavon Borough Council in just under three years.

The staggering figures were revealed in a Freedom of Information request by Armagh I, with the data dating back to the inception of the integrated legacy councils in April 2015.

The worst offending areas in Co Armagh are the Monbrief East/Road and nearby Moyraverty areas of Craigavon, with more than 100 incidents reported in the last three years.

Glenavon Lane in Lurgan had 31 reported incidents in the same time period, with 377 overall, in various areas of the wider Lurgan area.

The New Line Road and Farrans Rampart were particularly besieged by fly-tippers.

In Armagh, the Ballyards Road was the biggest culprit for council callouts, totalling 16, with the Ballyrath Road, Callanbridge and Carrigatuke several other hotspots in the wider area.

Knockmenagh Road registered as the worst in the Portadown area with 21 incidents, closely followed by the Drumnagoon Road with 16. There were a total of 283 in the wider Portadown area over the same period.

Condemning the dumping, Mr McAlinden said: “We are two weeks into 2018 and already the scourge of fly-tipping has hit our rural areas and communities.

“In these latest incidents, which are literally five minutes from our amenity sites rubbish and what looks like a dishwasher, has been dumped at the side of  the road.

“This is disgraceful and the height of laziness and shows total disrespect for the local residents, as well as the local authorities who have the inevitable task of cleaning up.

“I would call on anyone with information to contact council officials and report these cases and and if they can where appropriate, take photos of addresses in rubbish!”

A book case and shelves were also found tipped out on the main Derrymacash Road close to local GAA Club Wolfe Tones club.

Mr McAlinden told Armagh I that these items were dumped within the last 24 hours.

“This is becoming an epidemic throughout the borough, with Craigavon and surrounding areas being affected the most,” said the local councillor.

Here is a breakdown of the worst offending roads in your area: