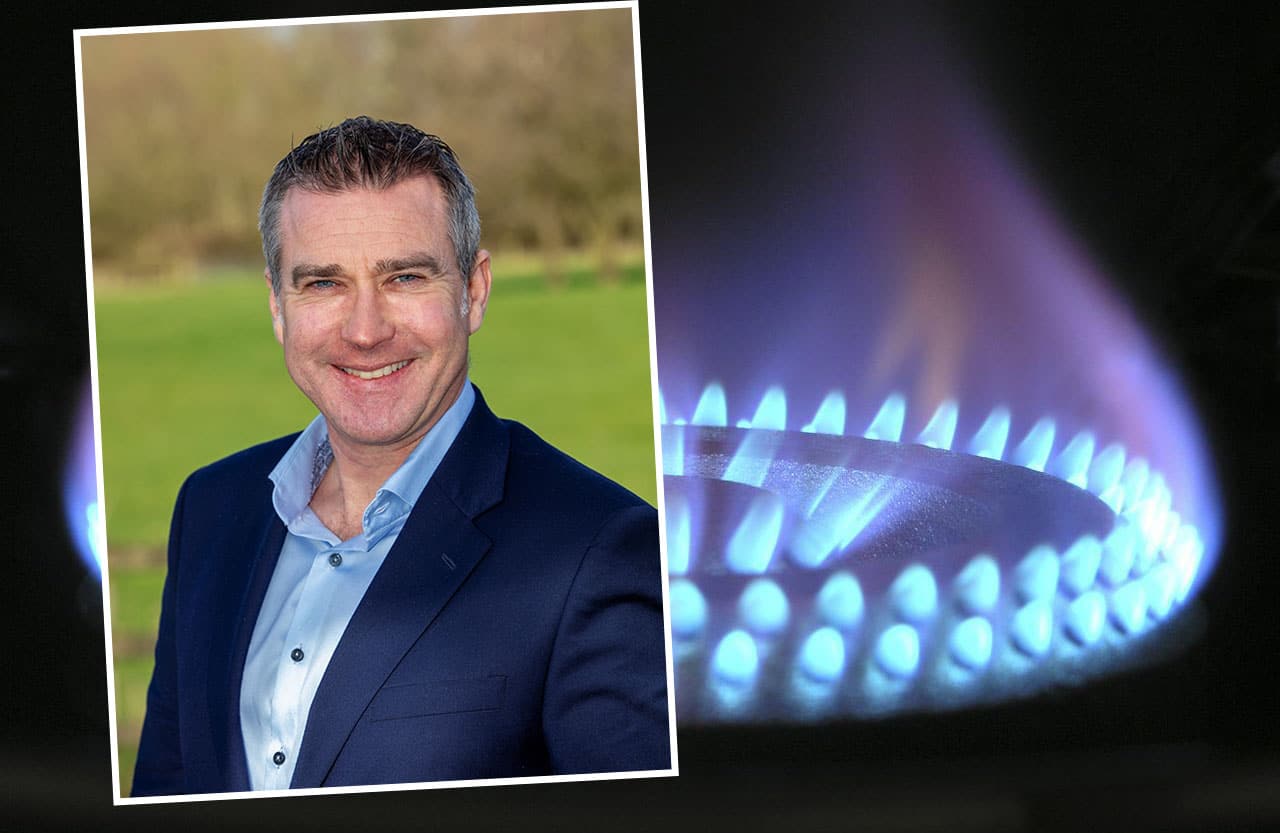 Gas supplier Firmus energy is Northern Ireland’s largest gas supplier and last week it announced its prices will increase by 16% in May, citing sustained increases in global wholesale gas price.

The change in tariffs will mean an extra £3.86 per week on to the average household bill in the Ten Towns area, which includes Armagh, Banbridge, Craigavon and Newry.

They didn’t hold back when it came to expressing their thoughts on Firmus energy.

Some very frank and scathing comments were made following a deputation by Mr Martindale and Paul Standfield, Director of Marketing and Customer Sales for Firmus Energy, with one councillor calling the company ‘despicable’.

Mr Martindale addressed the virtual meeting saying the last 12 months had been “challenging”.

He said: “We fully accept and indeed empathise with everyone across Northern Ireland but particularly in the North West area who are subject to all matters and means of cost of living crisis and we accept that energy is one of those key matters. In that context we are very much in the eye of the storm and we accept that.

“What we want to do as a business is remain strong through this period. We want to remain strong for customers…right through Northern Ireland to get through this crisis so we come out the other side in a stronger and better place and for that matter our erstwhile hope is to be announcing price decreases for those in Derry, our Ten Towns area and also Belfast as soon as we can possibly do so.

“We are at this time shackled by the commodity prices on the wholesale gas market and regrettably we have had to pass those through on a number of occasions.”

Speaking first, SDLP Councillor Rory Farrell told the Firmus representatives that “this is going to be an incredibly awkward and incredibly brutal conversation today but nowhere near as awkward or uncomfortable as the relentless raft of price increases that your customers have faced over the past year”.

Councillor Farrell referred to the ‘parent companies’ of Firmus adding: “There is this myth that Firmus is a small time operation based in Antrim and what’s largely ignored is that Firmus is owned by Equitix who is an asset management company with assets in the region of £8 billion.

“Equitix is 75% owned by Tetragon Financial Group which boasts on its website of assets of $37 billion. Those are very deep pockets, much deeper than the combined pockets of the customers you serve in one of the most deprived areas of Western Europe.”

The criticism of Firmus continued with DUP Alderman Hilary McClintock stating how “absolutely disgusted” she was to hear of the profits being made by the energy companies at this time.

She said: “It is despicable that a company like Firmus and its parent body is making such a fortune and yet seeing the misery people in our area are suffering at the moment.

“It’s time that the energy companies did something to help the situation. They should be ashamed of themselves when they see the misery people are living in at this time.”

Calling for radical and strident action, PBP Councillor Shaun Harkin added: “We think it is immoral you are making any profits at this point given the scale of struggling and suffering that exists in our communities.

“We would like to hear if Firmus is going to commit to not making any profit at all during this crisis and if you commit to that then it means you can reduce your prices immediately.

“We believe you should transfer all the profits you have made over the last year from our residents in our district through these massive price hikes into the council-led hardship fund we have set up.

“Can you give an ironclad commitment that no resident will have their gas turned off as a result of non-payment?”

Sinn Fein Councillor Sandra Duffy also questioned if customers in the Derry area were paying more than other areas before stating that people were “fearful about what is coming down the line next”.

She said: “Our constituents are sitting at home wearing coats, sitting under blankets in the middle of the day because they can’t afford to put the heat on and then they look at the huge profits that are being made by energy companies and they can’t understand why there are huge price hikes coming down their way. People genuinely can’t cope with the price hikes that have already been announced.”

UUP Alderman Ryan McCready spoke of his “disgust” at what was happening before Aontu Councillor Emmet Doyle asked the Firmus team, “how much profit is enough for you?”

He added: “Let me put this scenario to you. I got a call from a customer of yours during the week. She works 20 hours a week and has two young fellows in the house. She comes home and makes the dinner for the kids as soon as they get home from school and when they are finished and they want to sit and watch tv she gets three hot water bottles and wraps each of them in a towel and they put them up their tops.

“From the recent accounts I’ve seen, your highest paid director was paid £309,000 in that year and my question to you is how do you justify that against about what my constituents and your customers who you have a duty of care to, how can you justify the difference between how they live and the money that is being paid out as a result of the money that is being taken from your customers.”

Passing on the thoughts of some of his constituents, Independent Councillor Gary Donnelly commented: “What you are doing is untold damage to our community and I know that because I’m talking to people on a daily basis.

“I don’t want to hear excuses. I want to hear what you are going to do to stop the untold damage you are doing to our community.”

Referring to some of the councillors’ comments, Firmus Interim Managing Director, Niall Martindale said: “Our customers are important to us and I fully appreciate Emmet’s story that he described is frankly devastating but we are familiar with that story in the common context of the energy crisis.

“We want customers to make contact with us if they are finding it difficult to pay their bills and we will work with them on every single occasion to find a way to make it happen.

“We do accept and we do have sympathy and empathy with customers in Derry. We want to work through this together.”

Referring to the theory that customers in Derry are paying over the odds he added: “That’s not the case. We do have two different markets and those markets at times are managed within the dynamics in which they operate.

“Let me reassure councillors that every customer whether you are in Derry, Newry or Belfast they will end up paying the same cost as what it cost us to purchase that gas on the wholesale market. Any differences over the years there have been some differences in those markets but they all wash through and the Regulator would acknowledge that also.”

Reacting to criticism about Firmus’ profits Mr Martindale said: “Every individual business must stand on its own two feet and that goes for Firmus Supply. We will be posting our accounts to Companies House in a number of months and I would invite any councillors to have a look at those accounts. What they will reflect is the fact that we have been paying as a business much more than the tariffs have been collecting from customers right across Northern Ireland.”

Councillor Doyle responded: “My constituents don’t need sympathy, they don’t want sympathy, they want help and they aren’t going to get it from the Executive so they have to get it from you. The fact of the matter is it’s not as if Firmus are in the red, there are multi million pounds being made.”

A proposal made by Councillor Farrell calling on Council to write to Firmus Energy, Equitix Investment Management Ltd and Tetragon Financial Group requesting a moratorium on gas prices in the Ten Towns area for the remainder of the financial year passed unanimously.

The motion also stated that ‘Council will write to the Department for Economy and the Utility Regulator requesting a reduction in the profit cap for energy companies.

‘Council will write to the Department for Economy and the Utility Regulator requesting a review of the current system of regulation in comparison to the protections provided by the Energy price Cap system currently in operation in Britain.’