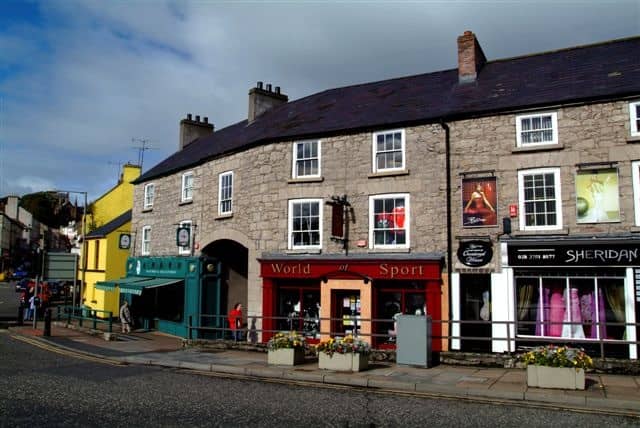 Armagh City and district look set to lose £23million from their economy as a result government welfare reforms.

The Westminster Government aim to spending public spending in Armagh and district – as right across the UK – in a bid to get more people off benefits and into work.

However, one local councillor expressed his alarm at the portion of money the district is to lose out on and believes these proposals “will only result in more people needing to turn to the welfare system for help”.

Councillor O’Hanlon explained: ‘This report published by NICVA is a damning indictment of the policies of the Westminster Government and their proposals to reduce spending on the social welfare system and in Armagh City and District alone these proposals will see £23million removed from the local economy. This is an astonishing amount and will hit the local economy extremely hard.’

“Whilst this might be seen as some form of effort to try and encourage people currently on benefit back to work, the Westminster Government hasn’t calculated the impact of their reforms on the local community.

“The SDLP have opposed the plans at Westminster and indeed in the Assembly, we have recognised as have others the need for changes in the system but this approach is totally wrong.”

He added: “‘We already see families, pensioners and young people struggle to make ends meet including those in work, however this approach is not going to help them or help our struggling economy.

“In fact I fear these proposals will only result in more people needing to turn to the welfare system for help.

“If we look in Armagh alone and take £23million out of the economy you just don’t take it out of thin air, it will come out of shops, supermarkets, pubs, restaurants and every section of the economy.

“This is where I feel the impact will also be hit and where if we don’t see a change in direction will see further jobs lost.

“This is not to mention the impact on the elderly and disabled, who will see their income reduced and the negative impact on their living standards, these cuts will have more consequences than the government think.”