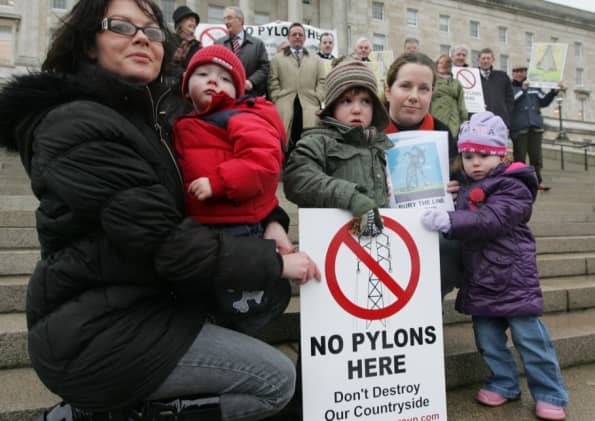 ALL those opposed to the controversial North/South Interconnector have been urged to lodge their objections as soon as official planning adverts appear in the local press.

A map showing the proposed route of the controversial North/South Interconnector.

Speaking at a meeting in Middletown recently councillor White said the meeting was important in that it “highlighted the notification of ‘associated works’ from NIE in the local press last week for the North/ South Interconnector.”

He added: “However these works have not been authorised by Planning Service and therefore cannot be objected to at this time.

“I would encourage all those opposed to the erection of pylons in the area to lodge their objections once the official planning advert appears in the paper. Previously, through working together, all those residents along the route of the proposed interconnector, including myself, were part of over 6,000 objections to the proposal, successfully delaying the application.

“We have called on NIE and Eirgrid to listen to the requests of the people and underground these cables and SEAT has to be commended for their ongoing hard work in putting forward our opposition to these pylons. My party colleagues and I look forward to continuing to work with them and the local community to try and stop this proposal being implemented!”