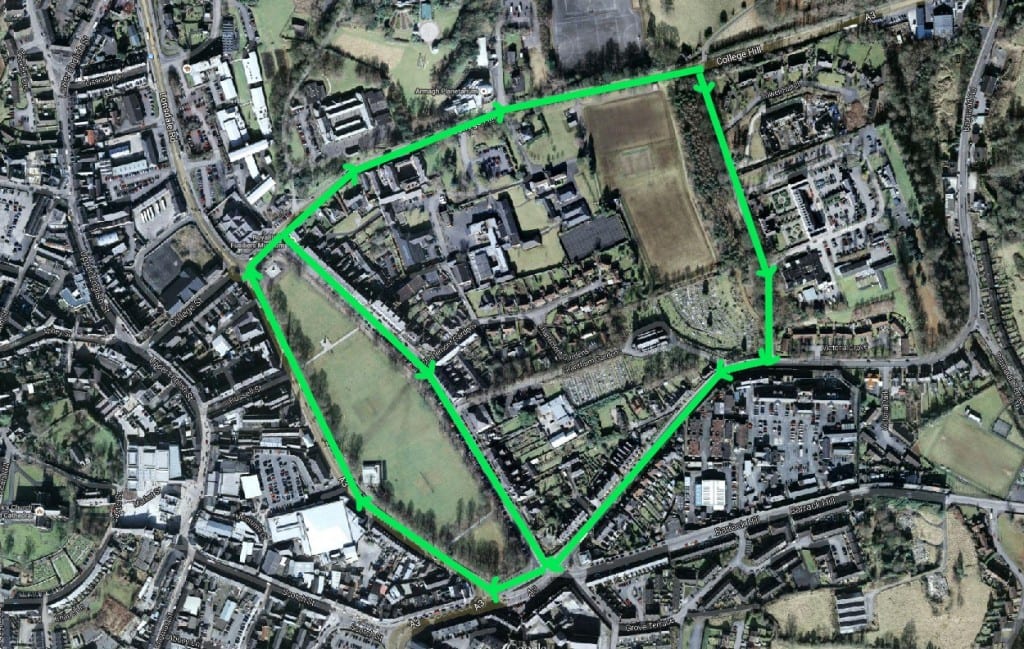 Armagh’s plan for a one-way system around the Mall has not been given the blessing of the new Armagh City, Banbridge and Craigavon Borough Council – for the time being.

The council had been considering offering ‘letters of comfort’ to the Department for Social Development on a number of urban regeneration and capital projects for the city and local towns in the area.

But the Mall one-way system has been excluded from the list, Armagh I can reveal.

The scheme has been met with vehement opposition from local residents, schools and some public representatives.

When the matter came before a meeting of the council’s economic development and regeneration committee, Sinn Fein Councillor Garath Keating was far from happy.

He said the public consultation process conducted by TransportNI was “not satisfactory”.

And he added that there was a “plethora or concerns” raised by residents who did not believe that TransportNI had consulted properly.

Councillor Keating said he would be “reluctant” to offer his support to the issue of a letter of comfort at this stage.

Chief Executive Roger Wilson said he would be meeting with local representatives and ascertaining issues regarding the Mall Gyratory Scheme.

The one-way system would apply around the Mall and see College Hill also one-way out towards Tower Hill, then one way over Tower Hill and one-way down Victoria Street.

The plans were exclusively revealed by Armagh I.

And we can now reveal that it would cost £1 million to implement.

Independent Unionist Councillor Paul Berry agreed that it would also be wrong to issue a letter of comfort until the chief executive met with representatives and brought further information to the committee.

The revised masterplans for Armagh and Craigavon urban area will detail new regeneration actions to be taken forward by council, as well as highlighting a number of existing projects which represent priorities for further development.

These priority projects include:

 Armagh Mall Gyratory – A one-way gyratory system around the historic Mall to alleviate congestion in the City Centre and enhance the experience and safety of both motorists and pedestrians. Approx. total budget £1m.

Letters of comfort will be issued to all bar the Mall one-way system.

More information is expected to be brought back to the next committee meeting which sits on Tuesday, May 12.

The letters of comfort confirm projects as priorities for council to be supported through the transferring urban regeneration budget.