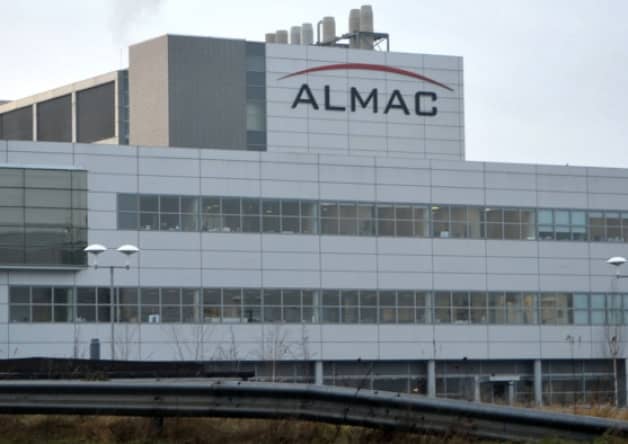 Enterprise, Trade and Investment Minister Arlene Foster has welcomed the announcement by Co Armagh-based Almac Diagnostics that their research has resulted in information that will significantly benefit the treatment of ovarian cancer patients.

Welcoming the announcement made at the American Society of Clinical Oncology in Chicago, Arlene Foster said: “The Almac Group has been at the forefront of the global pharmaceutical and biotechnology sectors for many years. Its research has resulted in a number of breakthrough developments and this latest achievement elevates the company further within the precision medicine arena.

“The Northern Ireland Executive through its departments and Invest Northern Ireland has supported the development of a strong and internationally recognised Life Sciences sector here. The sector includes a number of world-leading companies such as Almac and Randox as well as our world-class academic research centres.

“I congratulate Almac on the success of this research project. The benefits will include not only improvements in personalised cancer treatment but also significant savings to healthcare organisations around the world.”

The molecular subgroup identified by this test is defined by absence of angiogenesis and represents 40% of the HGSOC population. The molecular subgroup was identified by Almac in collaboration with Professor Charlie Gourley from the University of Edinburgh and was initially reported at ASCO 2011. The current work represents an independent validation of the assay and was carried out in collaboration with the Medical Research Council in the UK.

These latest validation results were presented today at the 2014 ASCO Annual Meeting in Chicago by Professor Gourley.

Almac developed a 63 gene test that can prospectively identify the good prognosis angiogenesis inactive subgroup and independently validated the test within the ICON7 translational data set.

Almac is now seeking to perform additional validation studies of the test in HGSOC as well as in other cancer types. Almac believes that the test will also work for other anti-angiogenic compounds that function in a similar manner as well as for other diseases and has now engaged with the FDA & European Regulatory Authorities to bring this novel assay to market in 2015.

Prof Richard Kennedy, Almac & Queen’s University Belfast, stated: “This assay may help clinicians discuss the likely benefit from standard carboplatin and paclitaxel based chemotherapy with their patients and could inform discussions on other potential approaches to treatment for those with a predicted worse outcome.”

Two men caught in Armagh car park with £1,300 worth of cannabis