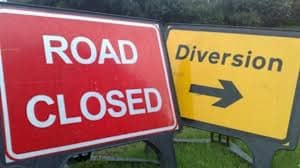 Work on a multi-million pound drainage and sewer upgrade in Armagh, which will involved digging up major roads in the city centre, is due to begin next spring.

But there has been criticism over why the work could not have been undertaken when other utility schemes were taking place in recent times, such as pipe laying for the local gas network.

Armagh Council’s Public Services Scrutiny Committee was recently given a presentation on the need for the works when officials from NI Water attended.

A number of points were made during the course of discussions at the meeting.

A drainage study had been undertaken in 1998 to investigate the efficiency of the existing sewerage system and identify any opportunities for upgrading and improvement works.

NI Water had commissioned White Young Green to progress the Phase 1 scheme to completion and it was hoped that works would commence in Spring 2014.

The wastewater pumping station at Newry Road, Armagh, would be upgraded to include sufficient storage capacity and there would be a large rising main and gravity sewer brought up the Newry Road to the top of the hill. Construction work had been undertaken over the years on sites where sewers were located on Lonsdale Road therefore the sewers on that road and Railway Street would have to be ‘upsized’.

It was understood that when utility works were scheduled there was a level of planning to undertake those works in tandem with planned resurfacing by Roads Service, and it was enquired as to how long NI Water had been aware of the planned project.

NI Water advised that the existing plan and studies had been ongoing since 1998, however, the planning, implementation and funding of works had really only come about in 2009.

Funding of £3.5 million had been secured this year to commence the contract for Phase 1 improvements. Planning had taken place regularly with Roads Service but the tender of works had taken time to plan. Roads Service had known about the planned works for approximately two years but the contract commencement had depended on funding and finalising of the proposals.

In response to a query on timescale and slippage allowed, NI Water advised that Phase 1 would take approximately 18 months due to the severe restrictions imposed by Roads Service with regard to traffic management.

If issues arose the contractor might have to be taken off the site, however, they were mostly flexible and used to working within Roads Service restrictions.

It was stated that it was unfortunate that the planned works could not have been implemented alongside other utility works in the city, such as gas mains.

It was suggested too that during Phase 1 works motorists and traders would encounter significant difficulty.

NI Water advised that if the proposals were for a water main or pumping main these would be easier to install alongside other utilities; however the installation of gravity sewers could not accommodate other utilities and vice-versa due to cross-connections.  It was emphasised that the proposals related to the main trunk sewer for Armagh City.

NI Water acknowledged the difficulty this would present to the public but pointed out that some discharges were causing a lot of water pollution at present and the city would have a much more superior sewerage network when works were completed.

There had been considerable expenditure on roads and footpaths in the City and it was suggested that perhaps the planned works would result in an improved carriageway on The Mall; however it was emphasised that Roads Service might not have funding available to resurface the road.

The Phase 1 scheme was welcomed as it would reduce pollution and the end result would be worth the disruption caused. The plans displayed at the meeting related to Phase 1 which had to be completed before the remainder of the sewerage network could be upgraded, which would also be subject to funding.

The pumping station at Killylea Road, Armagh required upgrading and it was hoped that those works could be commenced when Phase 1 was completed if funding was available.

It was enquired whether there was a communications plan for the works so that communities, motorists and traders, were notified well in advance.  Traders had 10 undergone a significant Environmental Improvements Scheme in the City; however there had been a good level of communication between them and the Council.

NI Water recognised the importance of communicating with interested parties and advised that the contract documents had stressed the need for communication.  There would be a dedicated person to notify Roads Service, Council and traders to ensure they were kept up to speed with proposals.

Whilst it was recognised that the scheme represented major investment in the city and was needed, concern was expressed particularly in relation to the planned works at Lonsdale Road and Alexander Road, as there were schools in those areas and a large number of residents. It was emphasised that there should be ongoing meetings with the agencies involved and especially with Council so that members could communicate with interested bodies.

NI Water indicated that progress reports would be posted on its website to which Council would be directed to access information.  A dedicated mail drop of flyers would also take place.

It was requested that, if possible, NI Water and Council officers would set up a working group to liaise with Roads Service and discuss the potential benefits of the scheme.  The Council had been considering a traffic management survey for The Mall and it would be useful, through a structure of officers reporting to Council periodically, that planned schemes by NI Water, Council and Roads Service would complement each other and result in a streamlined movement of traffic in the city.

It was suggested that it would be better if works planned by all three bodies were scheduled to take place at the same time and efforts were made to prevent works not being scheduled together.

The Council was trying to bring in other investment into the City and co-ordination would be important given that there were several events happening in the City and District in 2014, such as the world famous cycle race, the Giro d’Italia.

NI Water emphasised that efforts to co-ordinate work were not always successful. It was suggested that a report be presented to the Scrutiny Committee in January 2014 detailing what the structure of the working group would be and the tasks it would undertake. NI Water advised that it would be better to establish a working group when the contractor for the works had been appointed.

The pricing for the tender was being considered at present and it could be February 2014 before the contract was appointed. It was suggested too that Council, Roads Service and NI Water could discuss some issues in principle in the interim.