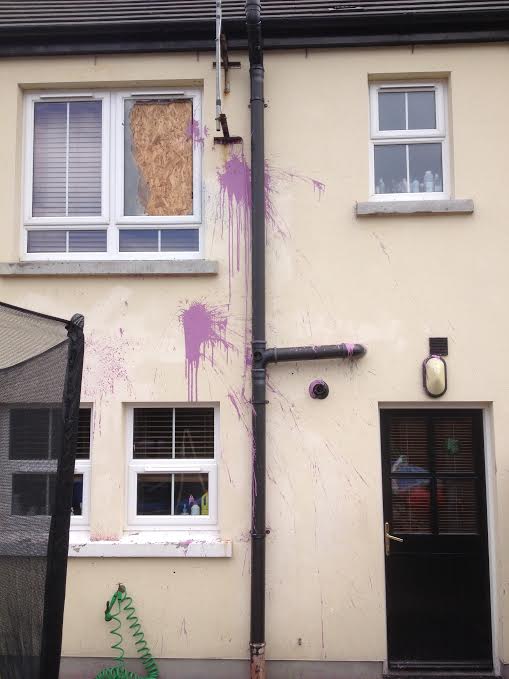 Children were left “frightened and traumatised” after windows were smashed and paint bombs thrown at a house in a suspected hate crime.

The attack against a family from the Travelling Community happened at Chequer Court in Newry.

The overnight incident has been condemned by Newry Sinn Féin Councillor Charlie Casey. He said: “There has been a number of attacks on this family home in recent days which is unacceptable.

“These attacks must stop and I am calling on anyone with information on them to contact the PSNI before someone is seriously hurt.

“This family has a number of young children who are frightened and traumatised by this action.

“There is no place in our communities for this type of behaviour and all the necessary agencies need to work together to end this.

“It is my understanding that the PSNI are treating this as a hate crime.”