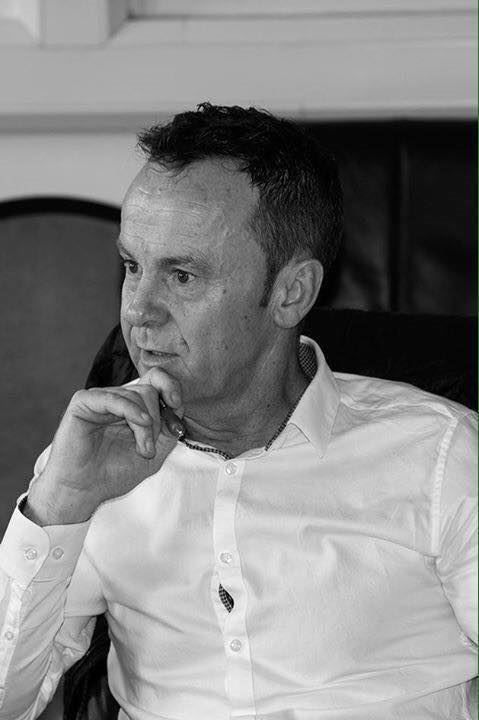 A charity football match is to be held next week in memory of John McNally, who passed away in January after a battle with cancer.

Two teams will compete for the John McNally Memorial Trophy in a fun-filled friendly fixture.

And proceeds from the evening will go towards the Friends of the Cancer Centre, a cause for which John himself had been a big supporter.

John’s untimely death at the age of 50 sent shockwaves across the community and family and friends were devastated.

He had spent a life in the hospitality industry and had been the owner of the Stonebridge Brasserie, having previously been with Sally McNallys.

And it is a team from Sally McNallys which is preparing to lace up boots and take to the pitch to compete against a Laurelvale legends side.

The match is due to take place next Friday, April 28.

It will be a night of fun and fond memories held in honour of a man who left an indelible mark on the lives of all those who had the privilege to meet him or call him friend.

Twice John took part in the Italian Job cycle to raise money for cancer charities. He had helped amass thousands of pounds over many years to help others.

Friends and former co-workers wish to continue that work and a number of local fundraisers have been held.

The charity match is being hosted by Laurelvale Football Club.

It will see past players from the Co Armagh club take on a team from Sally McNallys and will be played at Laurvelvale’s ground, Vale Park.

The clubhouse will be open from 6pm onwards, when light food and refreshments will be served.

The friendly fixture will kick-off at 7pm.

Afterwards, players and spectators are invited to make their way to Sally McNallys, where a barbecue will be held.

And the John McNally Memorial Trophy will be presented to the winning team.

All proceeds from the evening will go directly to the Friends of the Cancer Centre.

According to Sally McNallys, they want to raise money for a charity for which “John dedicated many hours of fundraising to help improve their facilities”.

They are asking everyone to “come along and support a very worthy cause in memory of a great friend”.