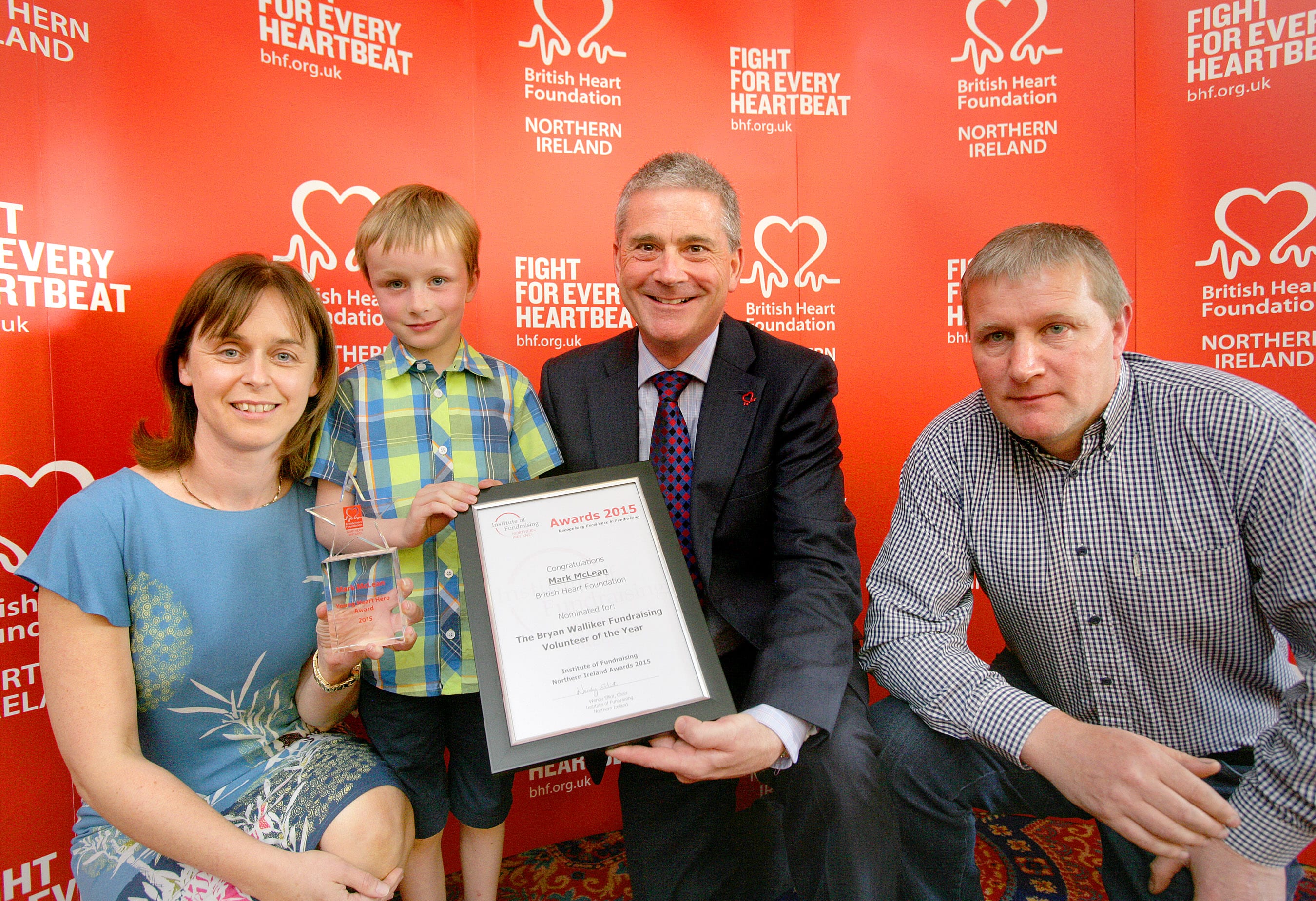 Mark McClean has already had three major heart operations – and he’s only six.

But that has not stopped this remarkable Newtownhamilton schoolboy from dedicating himself to raise funds to help others.

Now his great work has been recognised, as the British Heart Foundation has awarded him a Young Hero Award.

Mark scooped the accolade for his dedication to BHF Northern Ireland by going the extra mile in raising awareness of heart disease and raising funds for the BHF’s essential research.

Mark is bravely continuing his fight against heart disease despite having had three major heart operations.

Over the last two years Mark has inspired Newtownhamilton Primary School, which he attends, to take part in BHF Northern Ireland’s fundraising campaigns, which has helped to raise a staggering £1,072 for the charity’s local work.

And on Monday of this week, a BHF Day of Sport at the school raised a fantastic £634.

Despite his condition, he rallied his school and community to get involved to fund lifesaving heart research, proving himself to be a true inspiration.

“He is such a brave boy and it is an honour to have that recognised and to know that the fundraising work he does is making a difference.

“BHF Northern Ireland is a charity that is very important to our family because we didn’t realise that there are so many children living with a heart condition until Mark was born. “We feel passionately that it is so important to raise awareness of BHF Northern Ireland’s work and to raise money to help support their research which will help families like our family today, and tomorrow.

“We want to continue working with BHF Northern Ireland to help stop lives being cut short from heart disease and support and improve the lives of those living with heart conditions.”

Gary Wilson, Fundraising Manager at BHF Northern Ireland said: “I am delighted that we can recognise Mark’s commitment to BHF Northern Ireland. His hard work and determination is inspiring and reflects the values that we hold at the core of the charity.

“As a charity we rely on young people like Mark and his schools friends to help us in our fight against heart disease because without their support we would not be able to fund our life saving research which makes a huge difference to those living with cardiovascular disease.”

Nominations for the BHF Northern Ireland’s 2016 Heart hero Awards open in October. For more information or to nominate someone you feel deserves an award for their fight against heart disease please visit bhf.org.uk/bhfheroes