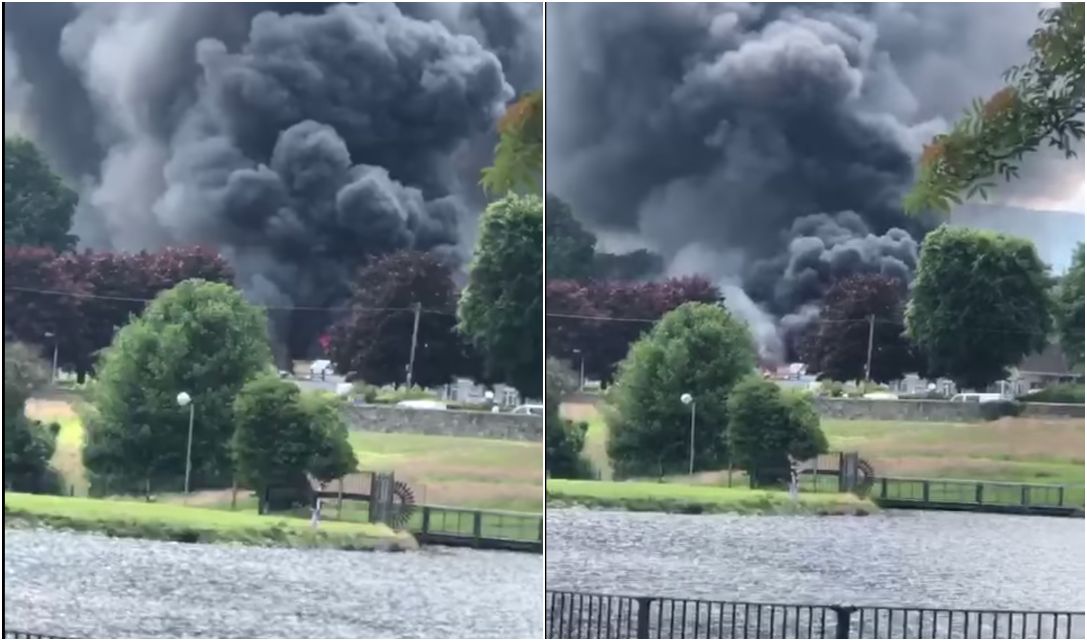 Two people have been taken to hospital following a severe gas explosion in Bessbrook this afternoon (Sunday).

The explosion happened in the Camlough Park area around lunchtime, resulting in the complete destruction of one property.

Crews from Newry, Warrenpoint, Newtownhamilton and Portadown attended the incident, a NIFRS spokesperson described as “a challenging incident”.

The inferno occurred as a result of two oil tanks rupturing. Other hazards included several gas cylinders involved in the fire exploding.

The blaze was quickly brought under control following the arrival of fire crew’s but unfortunately one property was destroyed and three other properties were damaged by heat and smoke.

One resident was feeling unwell and taken to Daisy Hill Hospital for a check-up and one firefighter was also sent to hospital as a precaution.

Sein Féin Councillor Declan Murphy said the community are in a state of shock.

“The area is a close-knit community and we will do all we can to help those impacted by this terrible incident,” he said.

“We thank the fire and emergency services for their prompt actions and we hope that those admitted to hospital will make a full recovery.”