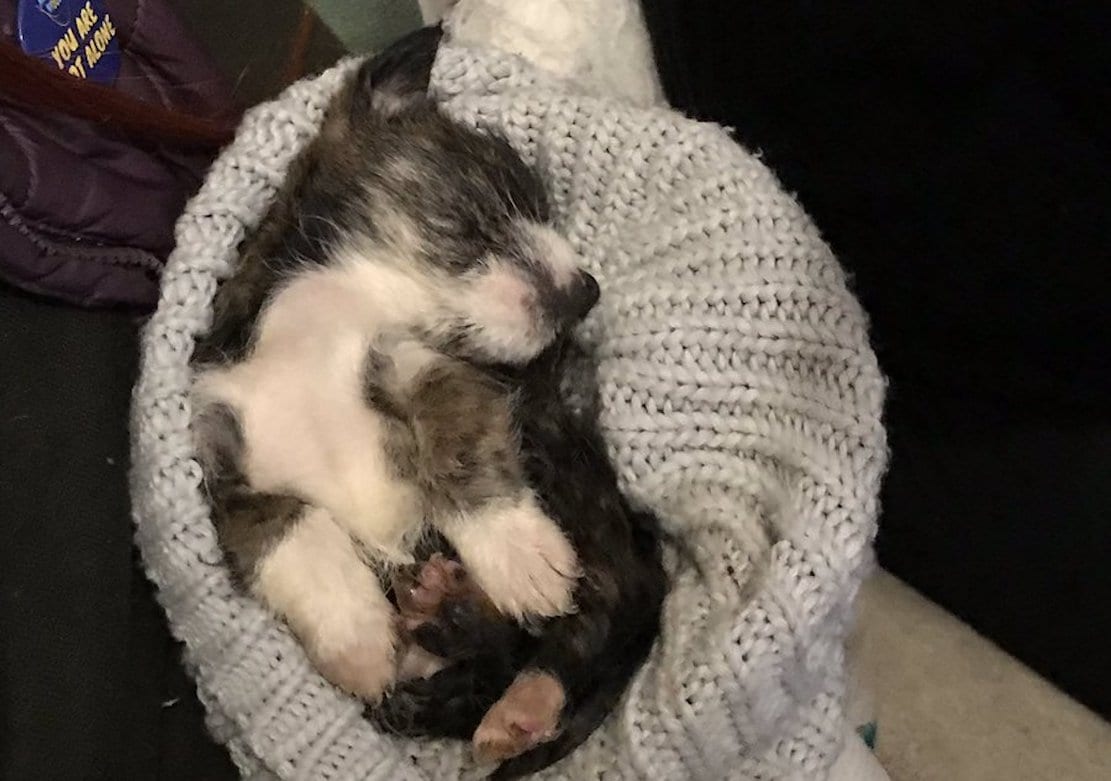 A puppy has died after a sickening act of animal cruelty in south Armagh.

The tiny puppy – estimated to be just four weeks old – had been tied up in a plastic bag and thrown away like rubbish.

And despite best efforts to save it by the local USPCA charity’s animal hospital at Newry, it has sadly died.

The shocking discovery was made on Saturday night.

Barry Rodgers told Armagh I they had tried their best to save the puppy – but it died on Sunday morning.

It had been found by his nephew Ryan, and two friends, as they were walking along the Green Road in Bessbrook. Said Barry: “They could hear whimpering coming from the hedges. They searched the area and after 10 minutes found a plastic bag tied at the top.

“When they opened it they found a small pup – about four weeks old – freezing and covered in its own urine.

“My nephew called his mother who took it down here, where Alison rubbed it with a towel and wrapped it up in another one before putting it under her coat to try and warm it up.”

The family sought help from the local animal welfare charity.

“We rang the USPCA and they got a vet to open their offices at Carnbane who took the pup,” explained Barry.

“He said he’d try his best to save it, but unfortunately the poor wee thing didn’t make it.”