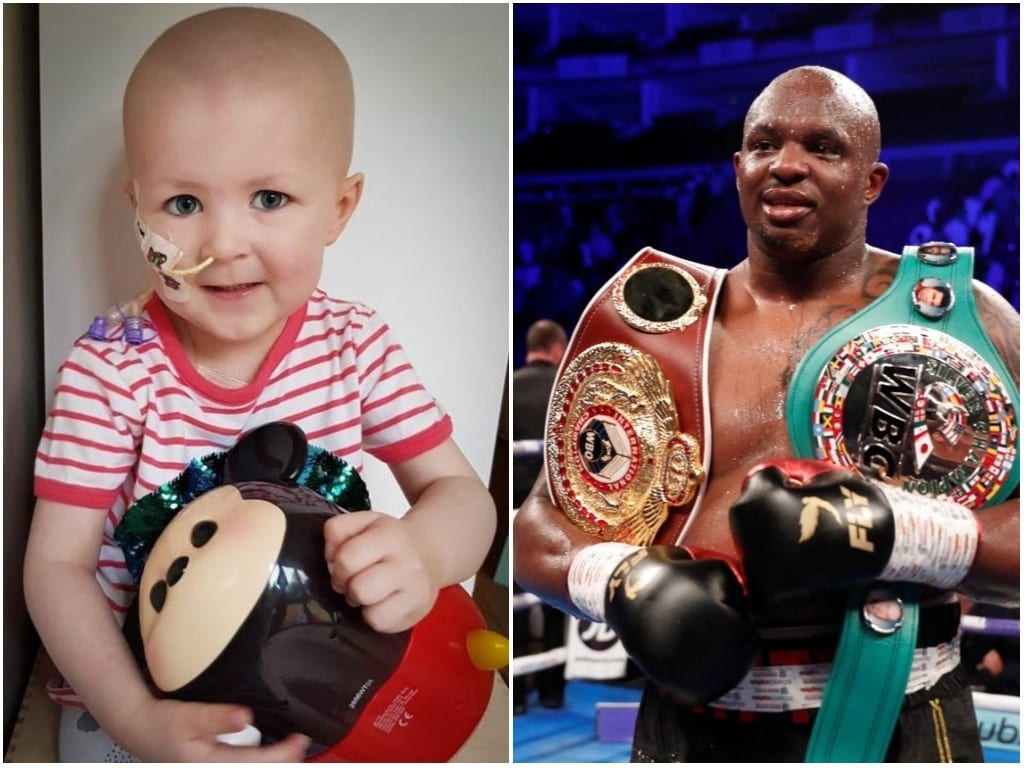 Posting his message of support via Facebook, the hard-hitting heavyweight offered three-year-old Ellen Treanor two ringside tickets to one of his next fights – which could be a world title unification showdown with Anthony Joshua!

The Bessbrook tot was diagnosed with stage 4 high-risk neuroblastoma in January – a rare cancer that affects the central nervous system.

The video from Whyte appeared on Monday evening alongside a message saying: “Great support from Dillian “The Body Snatcher” Whyte. Thanks so much, Ellen’s a great fighter, just like yourself.”

In the video, Whyte said: “I pray to god and hope that you get through this” and told Ellen to “stay strong and keep fighting”.

He offered the battling toddler a chance to watch him fight live saying “when you are well enough, which I am sure you will be very soon, there is some tickets for you and your mum ringside to come see me fight”.

Ellen’s days are either spent in a clinic or as an inpatient at hospital but with the help of this vital fundraising, Ellen’s chances of avoiding a relapse when treatment has concluded will hopefully be greatly improved with this new trial in the US.

You can help the campaign by clicking the Donate Button at solvingkidscancer.org.uk or if you can also share their Ellen’s Journey Facebook page.