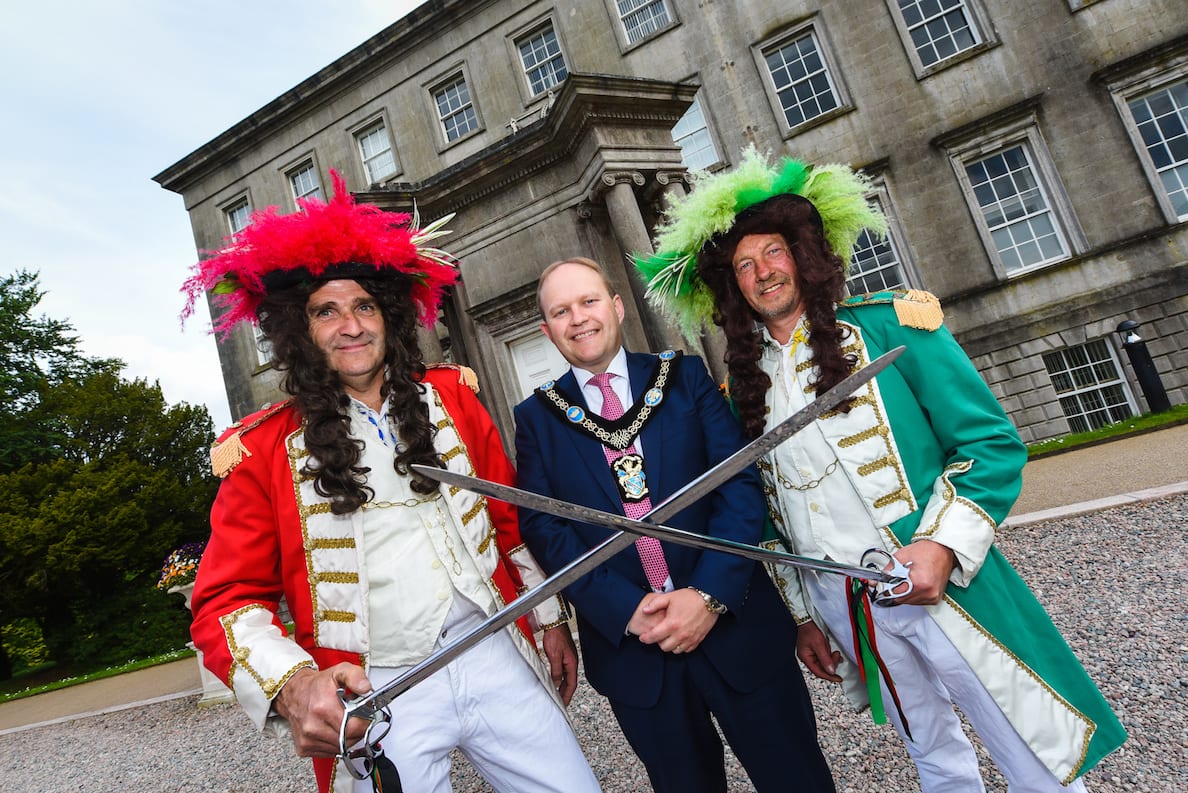 Swords have been drawn ahead of this year’s Sham Fight – with Scarva set to host another clash of the kings next month.

Tens of thousands are anticipated to converge on the idyllic Co Down village on July 13 for what has become one of the most colourful and enjoyable events in Northern Ireland’s cultural calendar.

The annual mock clash between ‘King William’ and ‘King James’ is now firmly established as a major tourist attraction. The Williamite forces invariably win. The seminal battle is preceded by a large-scale loyal order parade, incorporating members of the Royal Black Institution and numerous bands.

He said: “The annual parade and Sham Fight at Scarva is loved and cherished by thousands of people and anyone who has taken in the spectacle will understand why this is such a special occasion and a great day out for everyone.

“It was a real pleasure to host the organisers of the event at the Palace building in Armagh and provide a centuries old historic backdrop for the launch.

“The time and effort put into the Thirteenth year on year by these dedicated volunteers is something that our Borough Council really appreciates; and I know it will culminate in a terrific display of culture and heritage on the day.”

Worshipful master of host preceptory, RBP 1000, Craig Adair, said: “Preparations are now at an advanced stage for this year’s Sham Fight, and we are looking forward to once again hosting what is regarded as the largest one-day event at a single location in Northern Ireland.

“Scarva is truly an amazing occasion packed with music and pageantry, a day the whole family can enjoy and an event that attracts tens of thousands of spectators from near and far. We are very proud of the product, which is continually developing to meet the needs of a growing audience.”

Mr Adair added: “This year will see the return of a cultural field, showcasing Ulster’s cultural heritage with various workshops and performances. We also have plans to commemorate the Armistice and the centenary of the ending of the First World War.”

Mr Adair expressed his appreciation to the Lord Mayor for hosting the launch event at Armagh Palace.