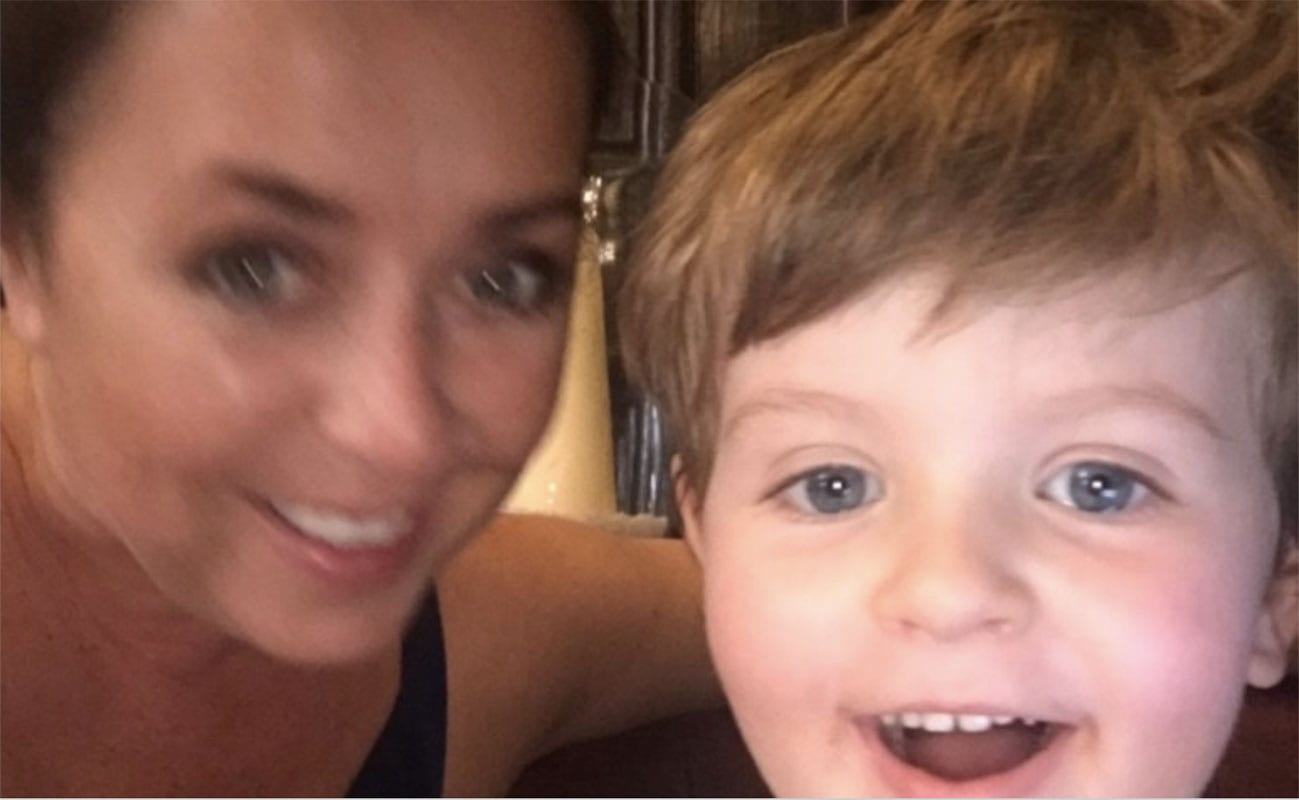 A Co Armagh charity has donated a defibrillator to a local mother and son who suffer from a life-threatening heart condition.

Milford-based iCare – which undertakes acts of kindness to aid others – stepped in after reading an article on Armagh I.

We relayed an emotional plea for help by Lisa McGurnaghan, from Banbridge, and her three-year-old son Dan, last month.

Both have been diagnosed with Long QT syndrome – better known as Sudden Death Syndrome.

The condition affects re-polarisation of the heart after a heartbeat, which causes an increased risk of fainting, drowning or, indeed, sudden death.

The Banbridge mother, along with her three-year-old son, were raising money in a bid to install a defibrillator in their home.

But the local charity saw our story and were moved to help out the young mum in her bid to protect her child and herself.

Speaking to Armagh I earlier this month, Lisa said she needed the medical life-saver so that she could have “peace of mind” knowing that if something were to happen she would be prepared.

We were delighted to be able to bring Lisa the good news.

Upon hearing about the charity wish to donate a defibrillator Lisa said she was “knocked for six”.

“I never expected this level of kindness or reaction,” she said.

Lisa, who was wary of reaching out through media coverage at first, said she was glad now that she had.

And she added: “This is amazing. This piece of kit has the power to protect not only Dan and I, but the whole community”.

The chances of Lisa and Dan’s survival, if anything were to happen, would rise from 6% to 75% with the purchase of a defibrillator.

Following the donation, Lisa has said she wishes to continue fundraising in order to place a defibrillator in a local school.

She said: “It is scary how many schools don’t have them, and it is one of those conditions which you don’t find out about until it is too late.”

The condition is set off by triggers usually linked to exercise or stress but can be as simple as an alarm clock going off in the morning.

“Kids can be out running or playing rugby or Gaelic and it’s lights out; it’s a silent killer,” said Lisa.

Lisa was also keen to highlight the importance of having young people screened for the condition.

The mother and son have already raised the money to donate a defibrillator to one local school, but Lisa has expressed her desire to continue and work with heart charities.

“This is a serious issue and it can strike at any time and anywhere, without your knowledge”, she said.

You can help by donating on Lisa and Dan’s JustGiving page. https://www.justgiving.com/crowdfunding/lisa-mcgurnaghan?utm_id=107&utm_term=aBpyYkpDB