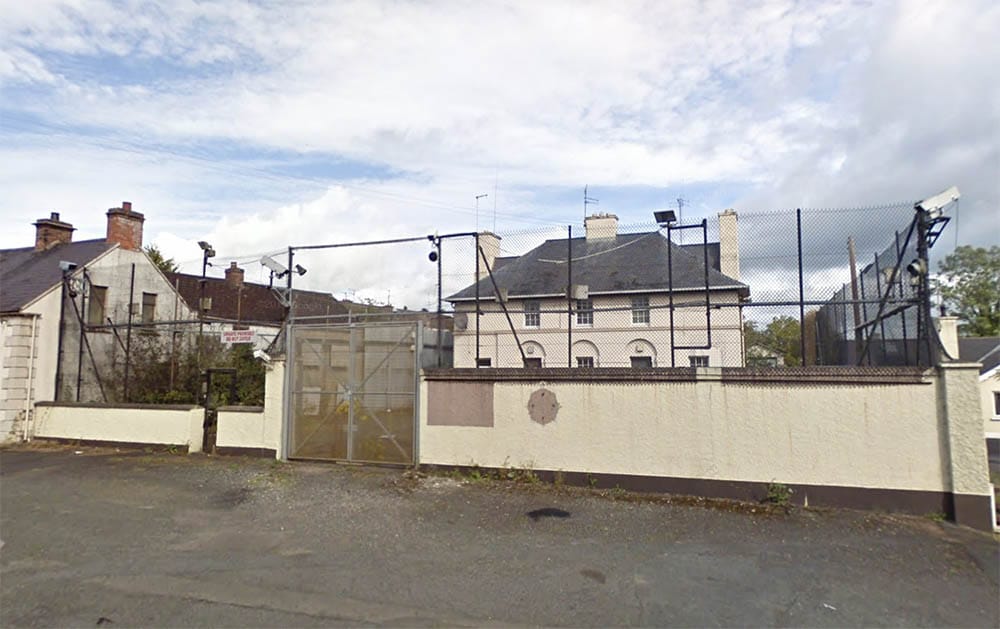 A long-vacant police station in Gilford is to be given a new lease of life – as apartments.

The former RUC station at Castle Street in the village is subject to a planning application which would see much-needed accommodation being provided.

The proposals – being brought forward by the London-based Doherty Property Unit Trust – would see a total of eight apartments on the site of the police station.

This would comprise of four two-bedroom and four one-bedroom units.

The development will be constructed in the form of two blocks of apartments, with amenity space in between, and a one-way traffic system operating at the site.

It is understood the development would cost in the region of £300,000, according to CIS.

The application for a change of use from police station to apartments – which has been submitted to Armagh City, Banbridge and Craigavon Borough Council – would also see the part removal of a wall.

And in addition to that, a fence and mast to the rear of the expansive site would also be dismantled and taken away.

The proposals will be brought back to planning committee with a recommendation in the coming months.