Asked if she would recommend a career in politics, the First Minister said: 'Yes I would, without hesitation' 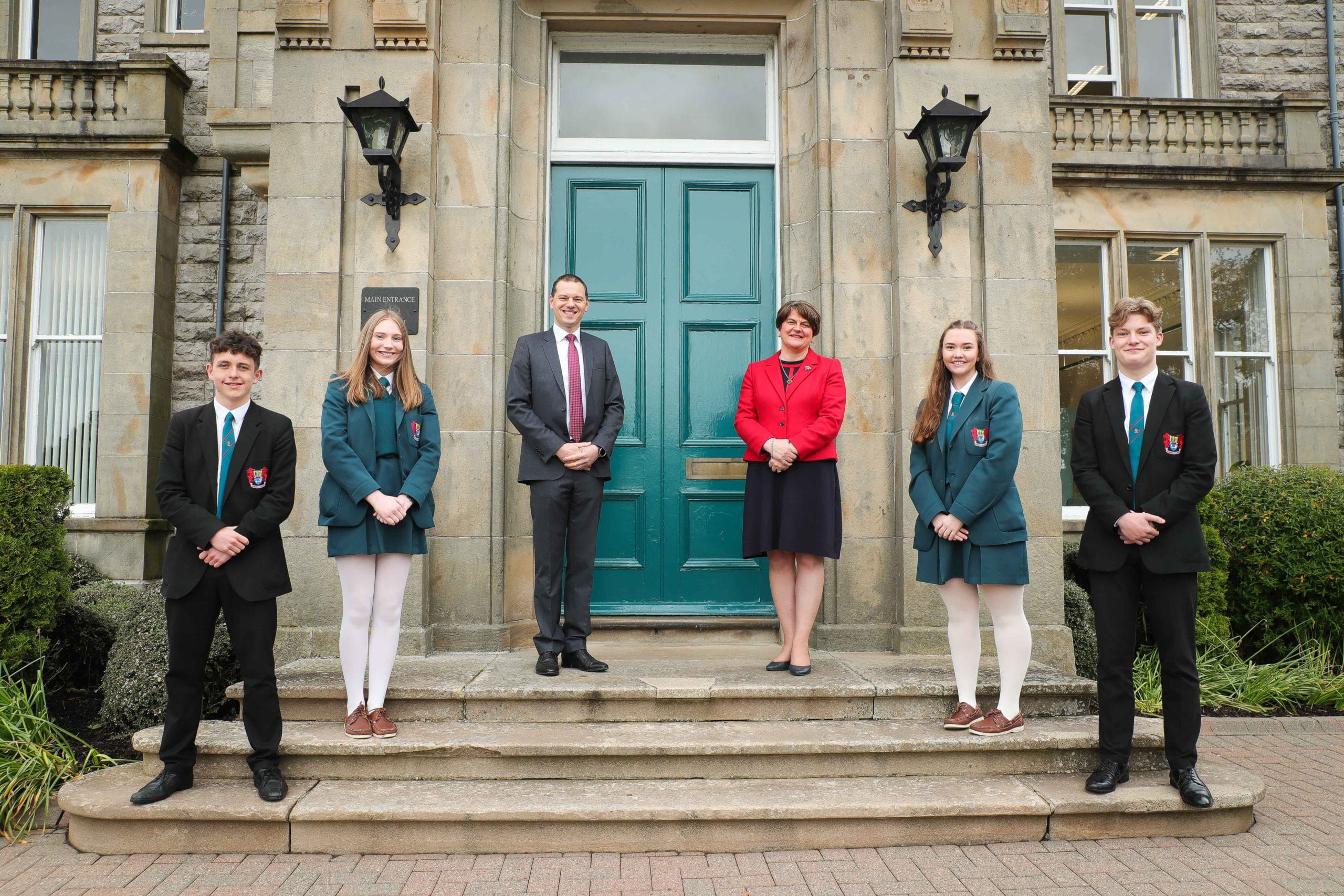 Main picture: First Minister Arlene Foster with Principal Robin McLoughlin and pupils from Banbridge Academy during a visit to the school.

During a visit to the school, Mrs Foster answered questions covering a range of subjects, from Brexit to her experiences as a woman in public life.

Asked if she would recommend a career in politics, the First Minister said: “Yes I would, without hesitation. Despite all the challenges, it is a hugely rewarding career. As well as representing my constituency, I have been able to represent Northern Ireland.

“That has been the greatest privilege of my life. To go to places and sell Northern Ireland as a place to invest in and a place to visit is a tremendous privilege.” The First Minister said the greatest achievement of her career may be the work on tourism, and the efforts to make Northern Ireland a destination which attracts visitors from around the globe.

The First Minister was also asked if she had any regrets about her time in office. Mrs Foster said: “All of us are going to look back and wish we had done some things differently. But it’s important to learn from that – everyone makes mistakes, but we should use the lessons from this to move forward.”

As for her plans when she leaves office, the First Minister said: “I haven’t had much time to think about it. But I do hope to keep talking about social media, the harms it does, and the problem with anonymous abuse. “People say things on social media that they wouldn’t say on the street, and I am very concerned about it. The government in Westminster is looking at reforms, but I think we need to go further – I would hope to use my skills and experience as part of this.”

Thanking the students and staff at Banbridge Academy for the invitation, Mrs Foster said that it was always enjoyable to visit a school.

The First Minister added: “It has been a disruptive time for pupils in schools across the country. Thankfully, things are returning to normal with children now back in the classroom.

“The energy and optimism of the next generation should give us all hope and positivity for our future.”