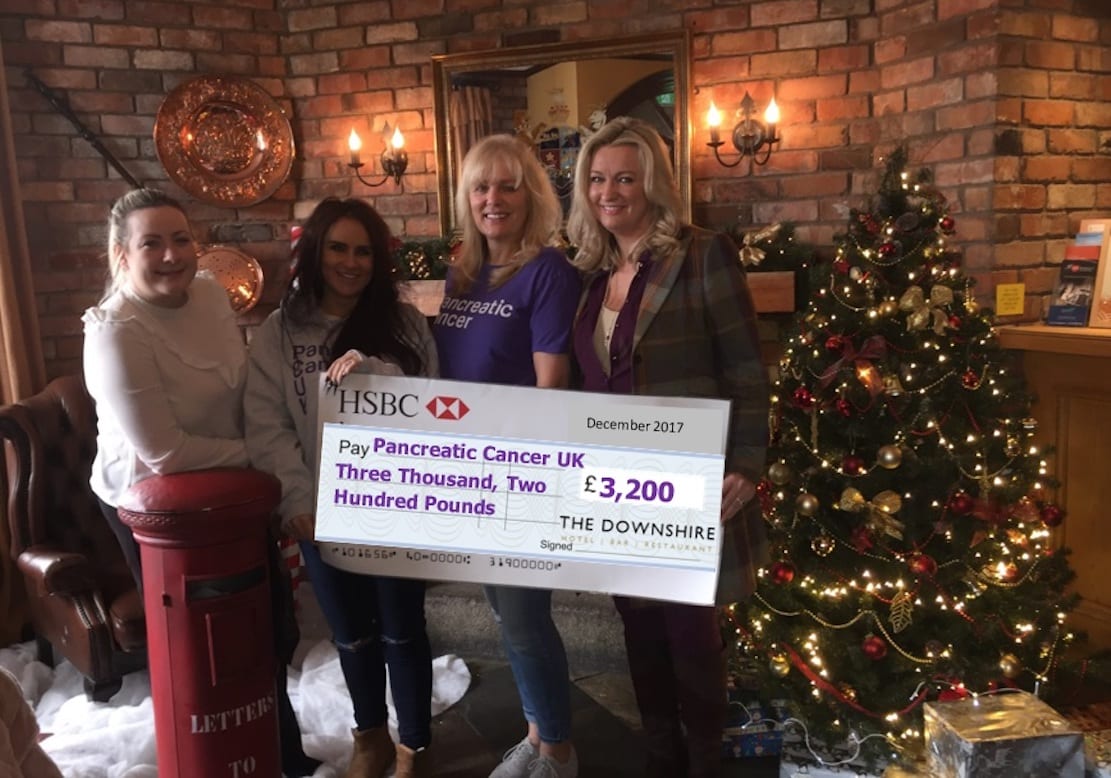 Following a series of fundraising events held throughout November the Downshire Arms Hotel has presented charity Pancreatic Cancer UK with £3,200.

The events included the Downshire hosting a combined Gin Tasting and Mr & Mrs Contest as well as a Coffee Morning and a Hula Hoop Challenge. Organiser Karen Heslip has extended a special thanks to everyone who supported the events and helped to raise such a spectacular amount of money.

Commenting Karen said: “Each year at the Downshire we arrange a series of events to raise money for Pancreatic Cancer. The inspiration behind our fundraising is my Dad, who sadly passed away on 17 November, four years ago – he had pancreatic cancer.

“November is such an important month for us as a family and we work hard to mark Pancreatic Cancer Awareness Month to help others affected by what is one of the most aggressive formers of Cancer.’’

“But it is our customers, staff and local businesses who supported us who I really want to thank because without them we would not have raised such an amazing sum for this superb charity and been able to continue to promote a life-saving message.

“From the giggles and guilty secrets at our Gin Tasting and Mr and Mrs Contest to the chats over a cuppa at our coffee morning we have had a lot of fun while at the same time promoting and raising vital funds to defeat Pancreatic Cancer.

“While there are so many people to say thanks to I would like to make a special mention of Steven and Caroline Anderson from Roxys Runners who gave us a donation from their Christmas run and also to Little Friends Preschool and After school who participated in the hula hoop challenge and gave us a donation from parents and staff. It was great fun watching the children hula hoop which was one of the highlights of our fundraising activities.

“As always each of the events was organised to a tee, with the fantastic support of local people helping Karen and her team to make a real difference.

“In Banbridge we are blessed with so many family-run businesses who always go that extra mile to give back to the community and the Downshire and Heslip family are certainly no exception!

The local hotel will be including information on its Facebook and Twitter accounts as it continue to support the fight against cancer and wishes to thank its customers and staff for their ongoing support.

The charity has a dedicated support line for patients and families which is operated by cancer nurse specialists – 0808 801 0707.