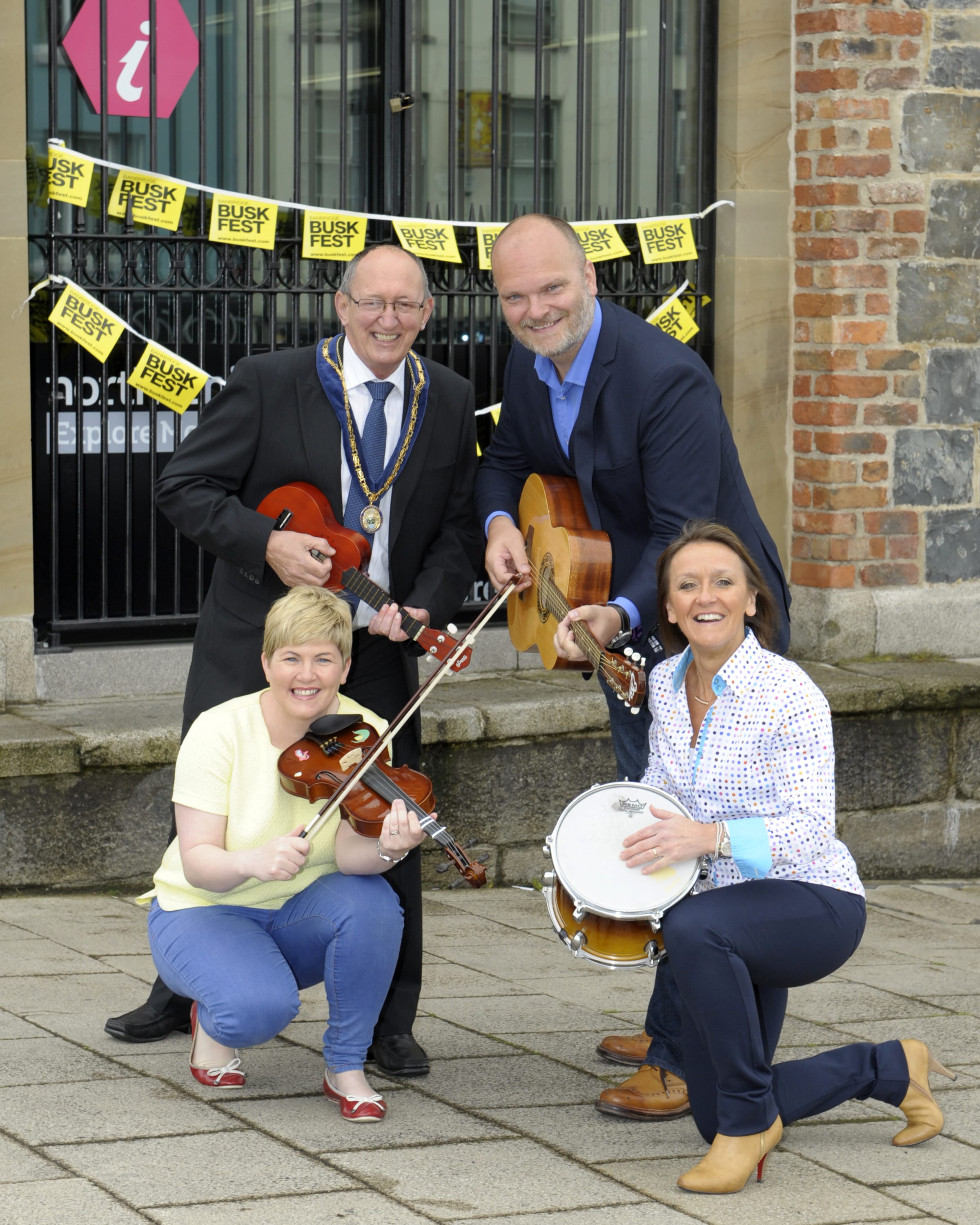 The streets of Banbridge town centre will be buzzing on Saturday, June 25, when a multitude of musicians, singers, bands, solo artists and street performers from across the globe take to the streets for BuskFest 2016.

The musical menagerie will battle it out in front of an appreciative public audience in the hope of picking up a share of the superb £3,000 cash pot.

Speaking at the launch Deputy Lord Mayor of Armagh City, Banbridge and Craigavon, Councillor Brendan Curran said: “I am delighted to be part of Buskfest. Now in its 13th year this annual musical celebration has grown both in numbers participating as well as visitors to the town centre. “BuskFest is an excellent opportunity for musicians from near and far to showcase their talents and is a great day out for all the family to enjoy. From budding buskers to seasoned singers everyone is welcome to be part of this exceptional event.”

The competition runs from 1.00pm – 4.30pm in Banbridge town centre and concludes with the all-important prizegiving ceremony hosted by BBC Radio Ulster’s Ralph McLean in Solitude Park from 4.30pm – 6.00pm. The marvellous Matt McGinn & Friends will kick start the prizegiving event with a foot stomping, sing-a-long, crowd pleasing performance before the winners of each of the six categories are announced.

Categories include overall winner, best individual, best band, best junior performer, best performance which is sponsored by Banbridge Chamber of Commerce and the ‘Spirit of BuskFest’ prize, sponsored by The Outlet, Banbridge.

As well as a superb cash prize, the overall winner will also land a spot on the line-up at Sunflowerfest which takes place from 5 – 7 August 2016 at Tubby’s Farm, Hillsborough plus receive a live acoustic video recording by The Garage Project.

In addition to the musical merriment in the town centre an Artisan Food Market, celebrating NI’s Year of Food & Drink will offer up the best of the Borough’s local produce as well as tasty treats from further afield in Solitude Park from 11am – 6pm.

Online registration for BuskFest is now open at www.buskfest.com, further details can also be found on the Facebook page at www.facebook.com/buskfest.