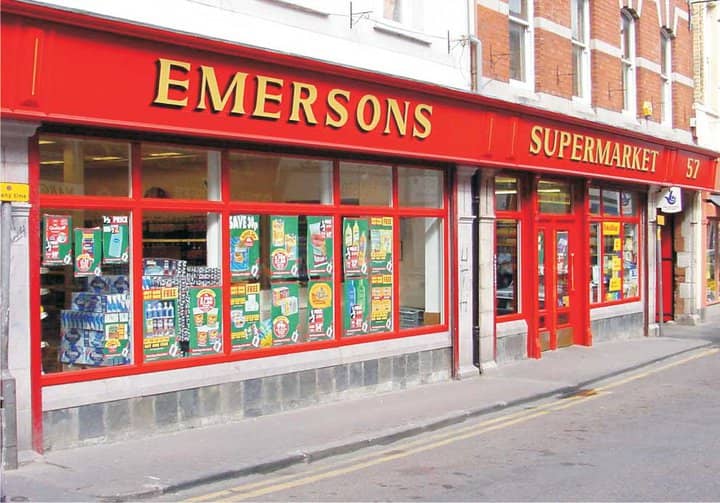 Despite weeks and months of arduous protests, Armagh I can exclusively reveal that the city’s Post Office will be relocated to Emerson’s supermarket on Scotch Street – away from it’s current base on Thomas Street.

The move will see opening hours extended to 79 a week, which would include Sundays. Armagh Shopping Centre where the Post Office is currently located

There will be four serving positions, a mixture of screened and open plan, with the aim being to modernise the network and extend hours.

Speaking about the move, Kathy Graham, Director of Policy at the Consumer Council said: “The decision to relocate the post office may come as a disappointment for Post Office customers who made their views known during the consultation period. However the Consumer Council has sought assurances that some of the concerns raised by consumers will be addressed.

“Post Office Limited has given serious consideration to the issues raised by consumers and following extensive engagement with the Consumer Council they will endeavour to make sure the new location is accessible as possible by installing power assisted doors at the Scotch Street entrance and engaging with local disability group/s to seek their views on the planned layout.

“In addition they have also agreed to provide one hour free car parking in the Mall West Car Park for the first six months to help with the transition and will also engage with Transport NI to see what can be done to improve car parking around Scotch Street and Market Street.

“We will continue to work with Post Office Limited to review accessibility and the quality of service over the coming months. In addition we will also monitor the provision of post office services in the Armagh City area, and the implementation of the post office at its new location by conducting a review with Post Office Limited after three months.”

An application has recently been submitted to DoE Planning Service for a restaurant, kitchen and toilet at first floor level, above the extension at Market Street.

It will, if approved, allow for a restaurant overlooking Market Street, which Armagh City and District Council has been keen to promote as a ‘cultural quarter’ and boost the night time economy in Armagh.

The restaurant would involve the change of use of office accommodation, with amended shop front.

Speaking at the time, supermarket owner Gavin Emerson confirmed he would be expanding his business, which in turn would lead to the creation of a number of jobs for the centre.

Mr Boylan said: “A full and exhaustive consultation period, which incorporated strong opposition from many businesses and the general public, has now concluded and the outcome is to relocate in another premises in the city.

“The original Post Office was in an ideal location and it offered customers a convenient and easily accessible facility in the comfort of the shopping centre with free parking, a modern, self-contained Post Office suite and a wide range of other essential and useful services within.

“Businesses which relied on the footfall of customers using the Post Office will now be greatly affected by this new move and this could have a detrimental impact on employees and on the local economy.”

Councillor White, echoing the sentiments of her colleague, stated: “The relocation of this service will be a great loss to this part of the city. Many constituents used the Post Office and it generated income for other businesses in the shopping centre and surrounding areas.

“I believe this move will cause great problems, such as parking, as the town is already suffering with congestion and customers will have difficulty in finding free parking spaces close to this new facility.

“I am also concerned about disability access for many customers, as the previous location was able to facilitate the needs of the local community.”

Both public representatives say they share the views of many that one impact of moving the Post Office would be the potential negative effect on businesses within the complex and the locality around it.  Another concern raised was the provision of such a type of service to people on that side of the city.