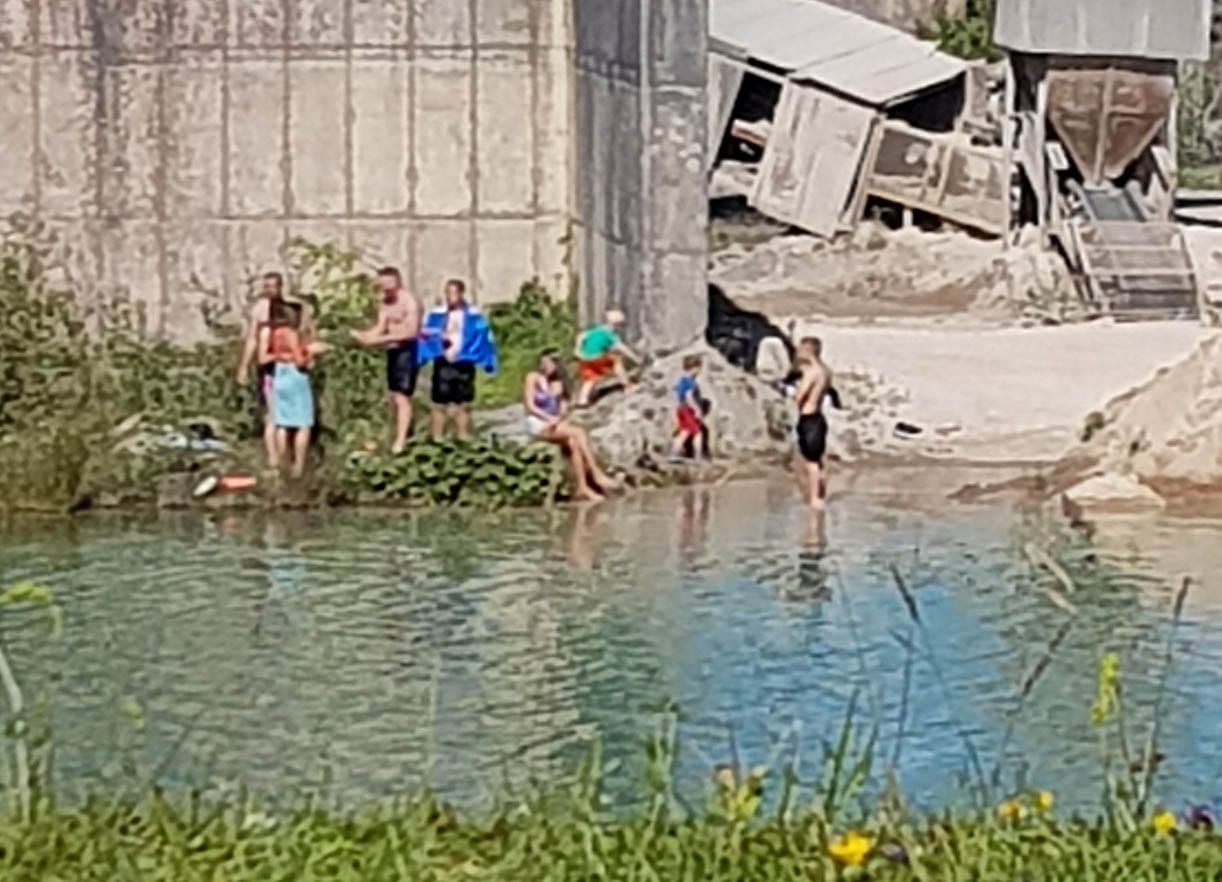 Concerns have been raised after young children were spotted playing around an Armagh quarry which has claimed the lives of four people since 1996.

This (main picture) was the scene earlier on Sunday where a number of people gathered around the edge of the disused Navan Quarry on the outskirts of Armagh city.

There are also a number of very young children accompanying the older members of this particular group.

One woman – who did not want to be named – wanted to highlight the dangers of the quarry; a sight she says is not at all uncommon.

She told Armagh I, that not only is the water dirty and extremely dangerous, but “an old quarry is no place for kids”.

“There was also young boys – a different group of people – jumping in the water,” she added.

“And the people from this photo were jumping from the cliffs. It’s so dangerous, especially this quarry which has claimed a few lives in the past.

“I grew up around here and I know the dangers of it, so I stay away from the water, but kids shouldn’t be here and their parents should know better to bring them.

“There was also alcohol involved with some of the people here today and that just doesn’t mix with that environment.”

With Armagh set to bask in the hottest weather in recent years all next week, fears are once again growing around the issue of swimming in quarries.

Brendan Bell was just 20 when he drowned in 2010 after getting into difficulties in water at the quarry on the Navan Fort Road.

Less than four weeks ago, two teenage friends died after they got into difficulty while swimming in a quarry in Co Clare.

The two 15-year-olds were among a group of teenagers who had been swimming in an abandoned quarry near Ennis.

And earlier this month, PSNI issued a warning to those who disobey the ‘Keep Out’ signs.

“[We] can’t begin to explain how dangerous quarries are, and people seem to be drawn to them in this hot weather,” said the spokesperson.

“Yes they look pretty and attractive, with the water seeming like the perfect way to cool off after a sunbathing session and a few drinks.

“However, there’s a fair chance you could be seriously injured, or worse, playing around in a place like this.

“Over recent years a number of families have had to deal with the loss of loved ones in tragic circumstances following incidents in quarries.

“We’ve been dealing with calls since the first day of the warm weather.

“You’re not meant to be there and you are breaking the law if you choose to ignore this fact. Add in the potential for criminal damage for the damage to the fence you’ve caused on your way in, then expect to hear from us.”