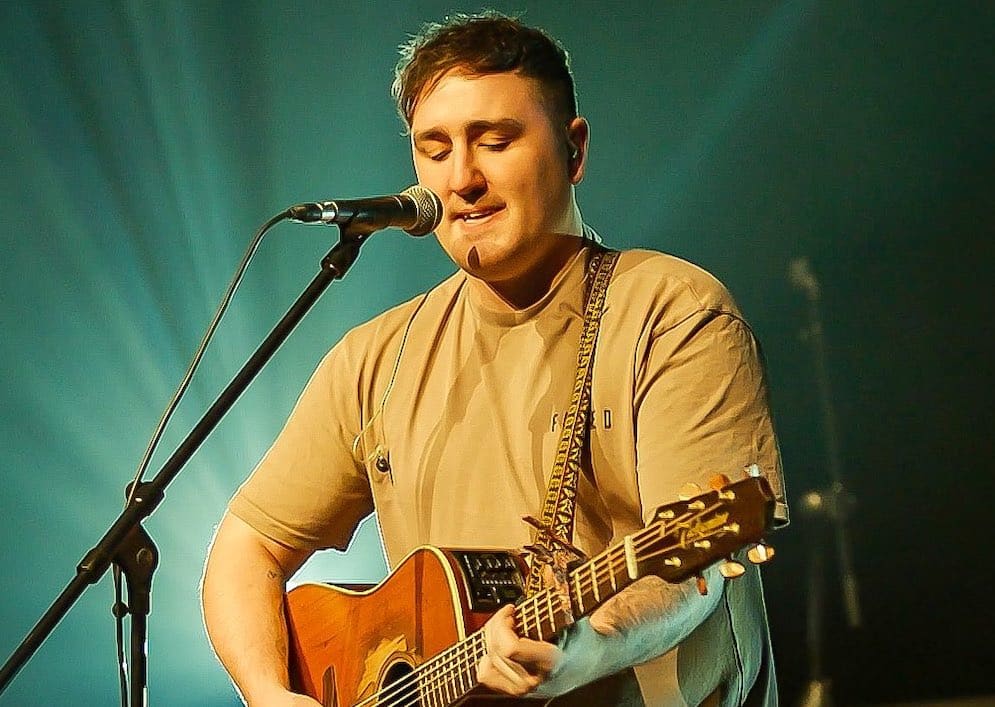 A well-known singer has died following a collision between a lorry and a car in Middletown earlier this morning (Monday).

Barry Mohan, who was in his 20’s, was part of the hugely popular band All Folk’d Up, hailing from Aughnacloy in County Tyrone.

He passed away following the early morning collision on the Monaghan Road.

A police spokesperson said Mr Mohan was the driver of a white Audi A3 car that was involved in a collision with a white Volvo lorry shortly before 6am.

An investigation is underway and police are appealing to anyone who witnessed the collision or captured it on their dash cam to contact officers in the Collision Investigation Unit on 101, quoting reference 245 17/10/22.

The Monaghan Road has now reopened to traffic.

Announcing Mr Mohan’s death on their social media, All Folk’d Up said: “We are deeply saddened and shocked to learn of the death this morning of Barry Mohan, guitarist and talented musician with All Folk’d Up, in a road traffic collision last night.

“Barry was an integral part of the band’s success and brother of lead singer Pauric. His energy and enthusiasm was always evident on stage and will be sadly missed on the local music scene.

“We have worked with Barry over the last number of years, and it was apparent that his talent, his professionalism on and off stage, his love for music, and his drive and determination for the band was always there with a smile on his face.

“Barry was due to tour England this weekend with All Folk’d Up, but these four shows will now be cancelled.

“We extend our deepest sympathy to Pauric, his mother Marina, his daughter Céala Rose and fellow band members Ryan, Paddy and Szymon and his entire family circle.”

SDLP Councillor Thomas O’Hanlon has said the local community is “shocked and saddened” that someone has tragically lost their life this morning.

Councillor O’Hanlon said: “This community woke up to the news of a serious road traffic accident this morning and unfortunately it has been confirmed a young man has lost his life in that accident.

“The Monaghan Road is a very busy cross border route at all times of the day and night. In recent years some improvement works have been carried out along the route and whilst its not known what happened in this instance I have asked that this section of road be reviewed by Road Service to see if any additional safety improvements can be made.

He added: “I understand the young man is steeped in the local music industry and has been named as Barry Mohan from All Folk’d Up. He was a very talented musician and popular the length and breadth of this island.

“This is devastating news for his family today; the thoughts and prayers of this entire community are with his family, loved ones and those who followed his band at this difficult time. Our thoughts are also with the other driver concerned, the first responders and those who attended the scene.”