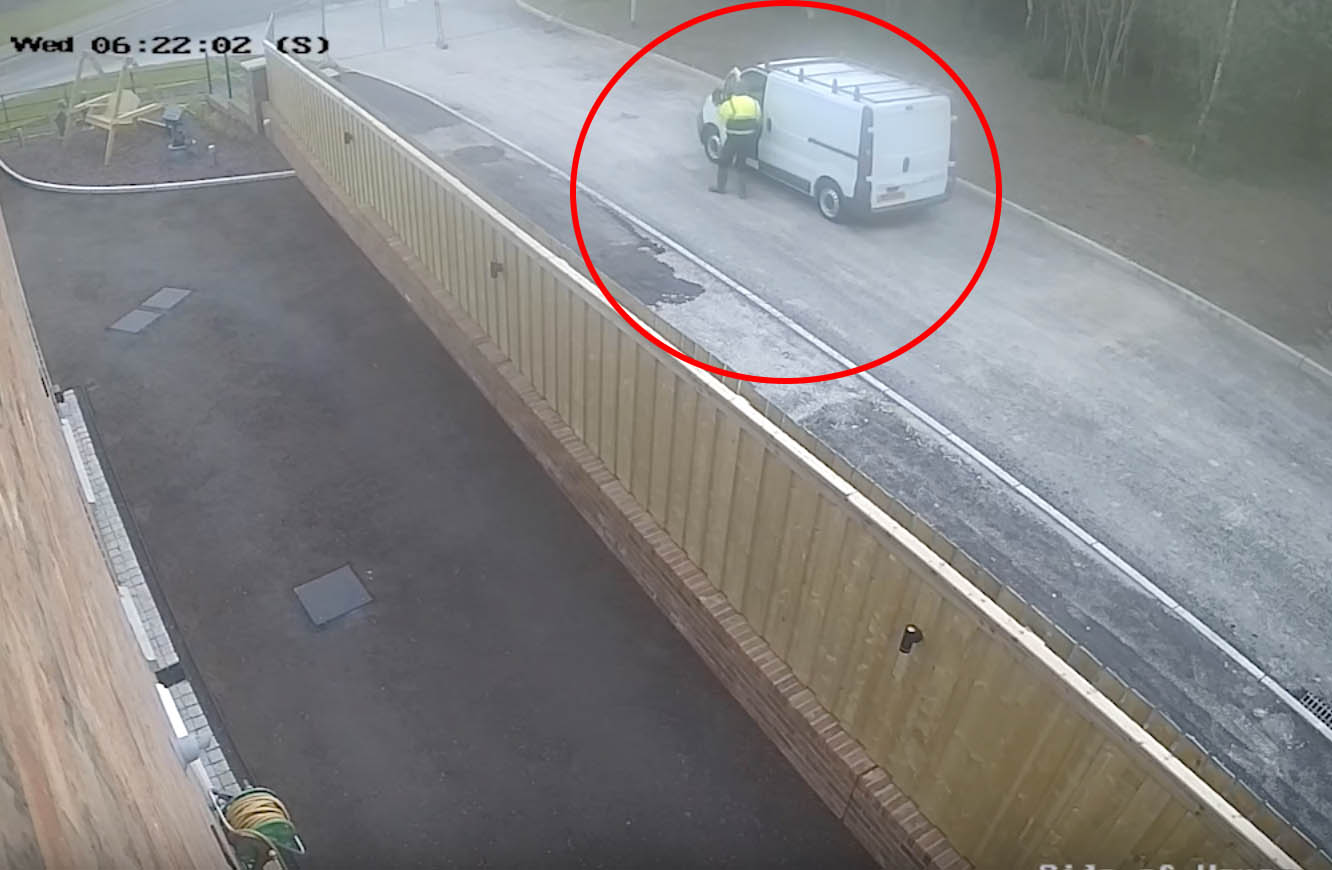 This is the moment thieves posing as legitimate tradesmen made off with thousands of pounds worth of tools from an Armagh construction site.

The video shows the men arrive at the new Spring Meadows development on the Hamiltonsbawn Road in a white Vauxhall Vivaro van, bedecked with high-vis vests for appearances, before fleeing with the equipment a short time later.

To the unsuspecting eye, everything in the video appears above board, but appearances can be deceiving.

The thieves arrived at 6.06am and were gone again 16 minutes later, at 6.22am, heading in the direction of Armagh city centre.

Philip Ewart of LS construction said the men initially arrived on the site around 9pm on Tuesday night and even spoke to a nearby resident, giving her the impression that they were just workers on the site.

They were spotted on CCTV again at 1.20am on Wednesday before arriving for the final time to load up.

Motorists can even be seen driving past the site around the time the crime was being committed but due to the organised nature of the theft, nobody would have suspected anything other than workmen going about their business on a building site.

A number of gas boilers, power tools and electrical appliances were removed from the site and into the van before anyone noticed anything missing at around 7.30am.

PSNI Sergeant Morrison said: “We received the report of the burglaries on Wednesday 22 May, just after 8am. It’s reported that four houses had been entered at some stage during the previous night and a significant number of items taken.

“It’s believed that electrical appliances with an estimated value of £6,000 were stolen, along with £2,000 worth of joinery tools. Items taken include boilers, cookers, radiators and dishwashers.

“We’re appealing to anyone with information, or who noticed any suspicious behaviour in the area on the night of Tuesday 21 or the morning of Wednesday 22 May, to contact us.

“We’re also keen to hear from anyone who may be offered such items for sale in unusual circumstances. Call us on the non-emergency number 101, quoting reference 324 of 22/05/19.”

Get breaking news and major headlines from your area direct to your phone with Armagh I on WhatsApp. Find out more here. You can also follow Armagh I on Twitter @armaghi, or on Instagram @armaghi2012.