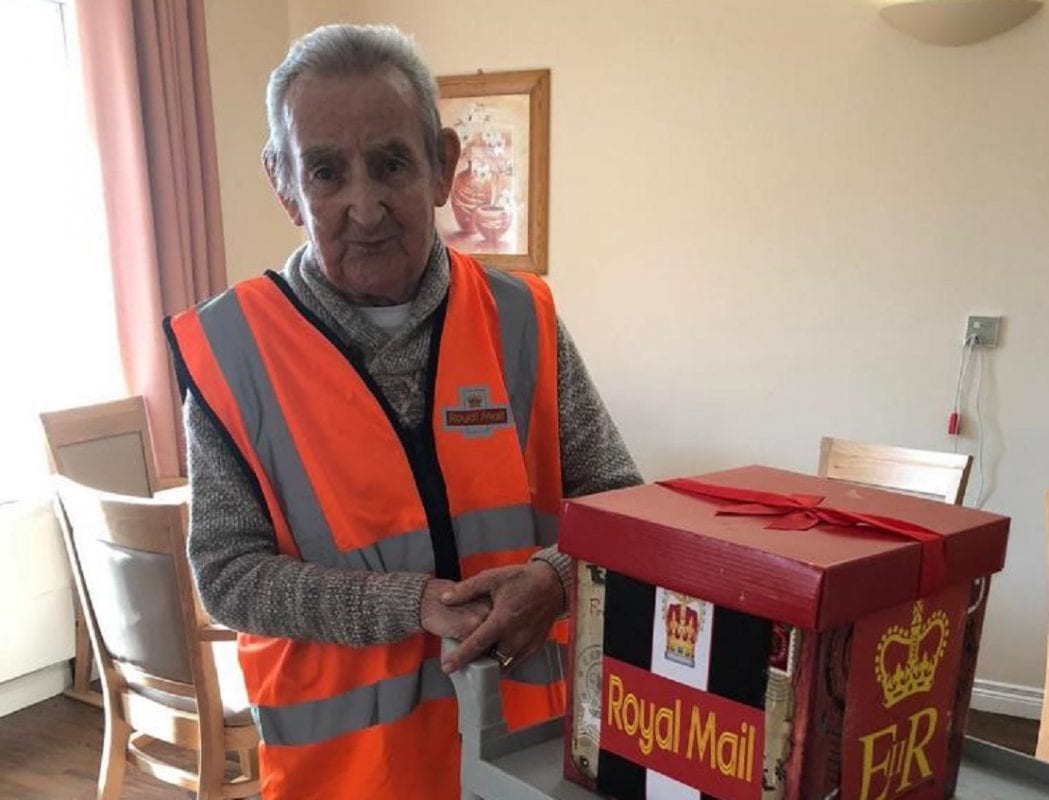 One resident of an Armagh care home may have found his new calling during this Covid-19 pandemic.

A brilliantly uplifting video, backed up with the extremely apt and instantly recognisable ‘Postman Pat’ theme tune, has taken social media by storm.

Armagh man Sean McGurgan, who is 87-years-young, was walking the halls of Orchard Lodge in the city delivering mail from local children to his fellow residents.

The idea was brought together by Well-being lead and Activities Coordinator at the care home, Joanne Mullen, in a bid to keep spirits high during what is a tough time for many, but especially the elderly.

Speaking to Armagh I, Joanne said: “I run a dance studio in Armagh, which had to be shut because of Covid-19, so in order to keep the kids involved and busy I designed wee letter packs for them to colour in, or write on, that I then brought into the home.

“It was a credit to the kids and their parents; they really put so much thought into their messages and artwork.

“The residents haven’t been allowed any visitors for four weeks now so we thought this would have been a nice way to brighten up their day and put a smile on their faces.”

Said Joanne: “I added a bit fun into the activity by going to the post office branch here in Armagh and asked the guy Kent if we could please have a uniform so that residents could dress up as a ‘postman’ for the morning.

“It created a memorable experience for the residents, a lot of which have dementia and also gave Sean, who dressed up as the ‘postman’, a morning job – keeping him busy and giving him a sense of independence working the morning shift.” 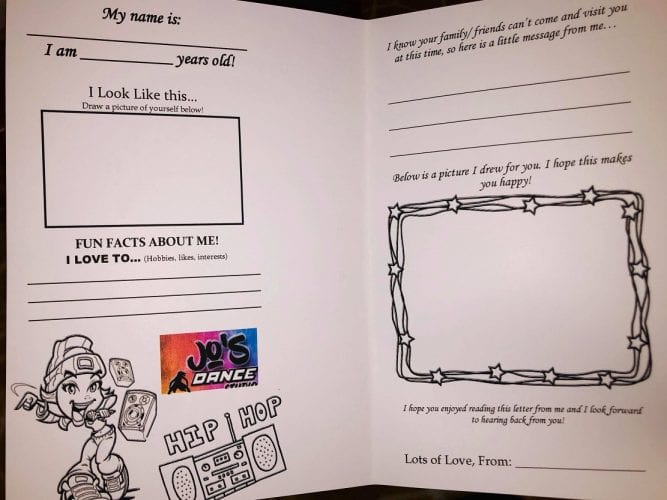 Joanne added that the residents loved reading their letters, with one commenting that they were “out of this world”.

A second batch of more letters have been donated by the kids at Vibe Church which will be also delivered by the postman.

Speaking to Armagh I, Sean’s daughter, Mandy Moore added: “I thought it was very moving for them to have done that, a bit of happiness somewhere with all this going on.

“My daddy is 87, never in this day and age did I think that he, with Alzheimer’s and dementia, would be doing that.

“He only went into the home on February 28; daddy was actually a gardener and a bin-man, so it is totally out of his character.”

Congratulations on the new job Sean and keep up the hardwork! Check out the video below.

Thought I’d share this with everyone. I had the cutest morning in work full of laughter ❤️Some kids kindly wrote letters to residents 💌 I asked the post office in Armagh for a uniform so that one of the residents could be the ‘postman’ for the morning and deliver the letters to the residents & here he is… doing the morning rounds 😂 📨📫