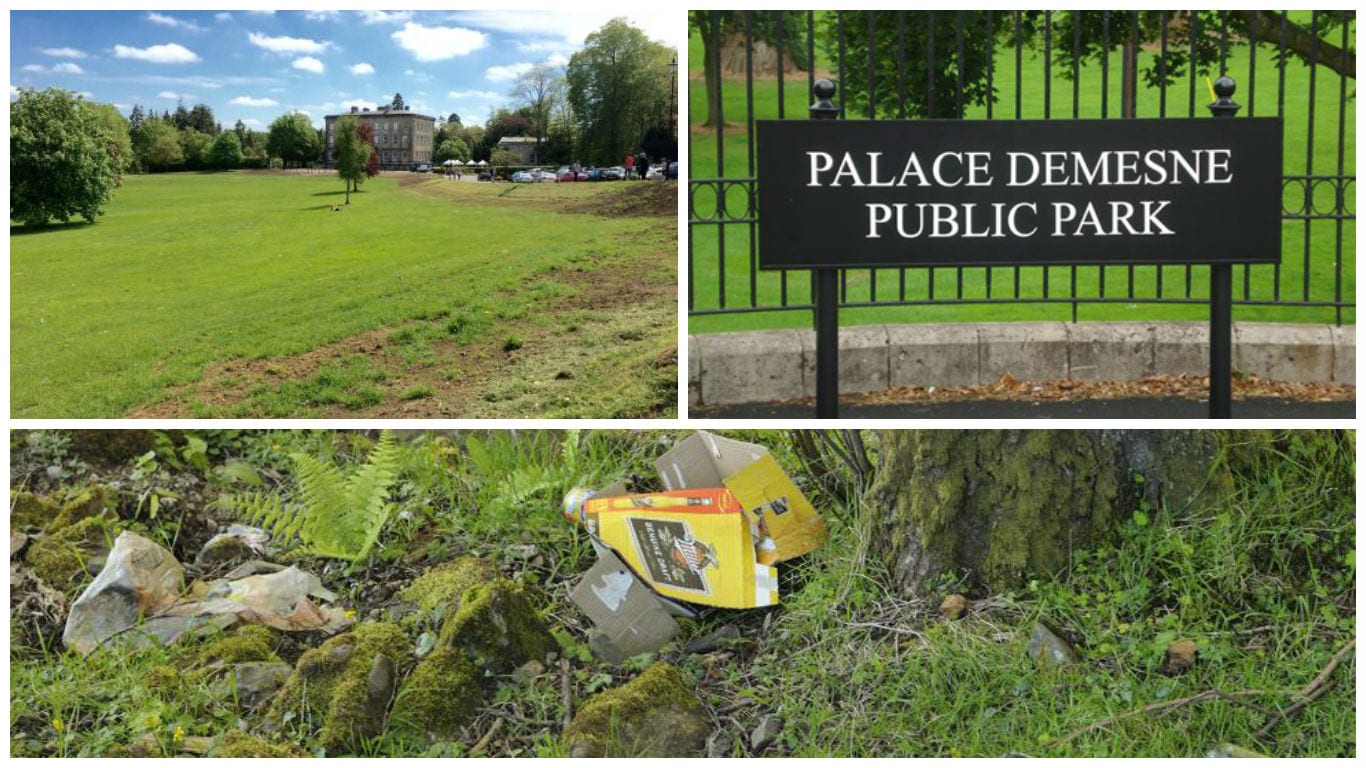 An urgent review of security is to be carried out at the Palace Park in Armagh.

It comes after an upsurge in anti-social behaviour and claims that young families are too afraid to make use of the facility.

The Palace Park was opened by the former Armagh City and District Council, incorporating at its heart a children’s play area.

It is popular with young families, joggers and walkers.

But sadly, there have also been complaints that the venue is being used for a drinking venue by some and is also prone to anti-social behaviour.

Only recently Armagh I reported that a buddy bench put in place to raise awareness of autism had been vandalised.

That was just one in the latest number of incidents recorded.

And now Armagh City, Banbridge and Craigavon Borough Council chief executive Roger Wilson has been asked to carry out a security review as a matter of urgency.

The request has been made by local SDLP Councillor Thomas O’Hanlon, who said there had been an “upsurge in anti-social behaviour” in the area.

He said he had been contacted by a large number of people in recent weeks expressing concern at the actions of some within the Palace Demesne Public Park.

Councillor O’Hanlon told Armagh I: “Those who contacted me, many of whom were young parents, were alarmed at the drunken and loutish behaviour of some of the users of the park. Some went as far to say they were fearful for their own safety and that of their children and they left the grounds and went home.

“The legacy Armagh City and District Council invested in the Palace Grounds over recent years with the development of the new children’s play park, the restaurant facilities and walkways around the grounds.

“We made a real effort to open the grounds up to the public and encourage greater use and this has been extremely successful. The grounds, not just the play park, are regularly full of families enjoying the city’s public park and its walkways which is great to see.

“However, in recent weeks I have been inundated with complaints from people who use the park regularly. They explained that on a number of occasions recently they have had to leave the park because large crowds of drunken people have been gathering in the park, shouting abuse at passersby and making a general nuisance of themselves.”

Councillor O’Hanlon said he had asked the council chief to “carry out an urgent review” of the security provision within the grounds.

“Those responsible cannot be allowed to prevent people from using the park and making those who do use the park anxious about doing so,” he added.

“The grounds belong to everyone and everyone needs to be able to enjoy them at their leisure.”