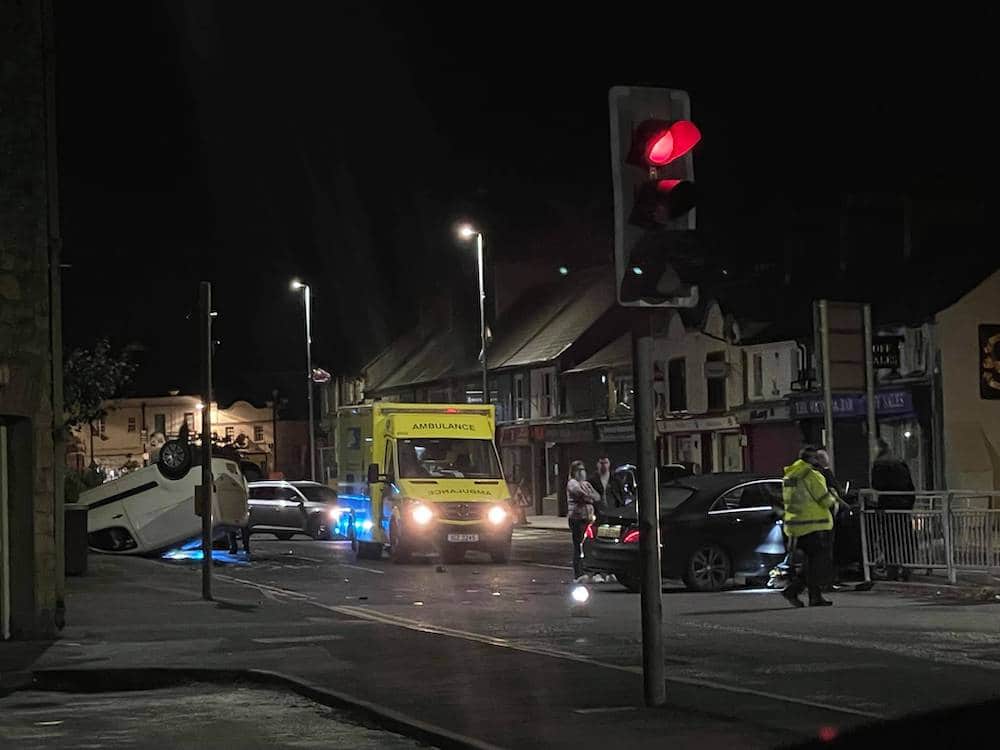 A man and woman were taken to hospital after a serious road traffic collision in Armagh early this morning (Sunday).

Emergency services were tasked to the scene at Barrack Street where one vehicle ended up on its roof half on and half off the footpath.

Glass and other debris was strewn across the carriageway after the collision, with police alerted to the unfolding events just before 2.25am.

Ambulance and medics rushed to the scene to tend to the injured.

A PSNI spokesperson told Armagh I : “Officers attended – along with colleagues from the Northern Ireland Ambulance Service – and a man and a woman were both taken to hospital for treatment to their injuries which are not believed to be life-threatening at this stage.

“A man, aged in his twenties, was arrested and subsequently bailed pending further enquiries.

“Anyone with any information or who was in the area and may have dashcam footage, is asked to contact police on 101 quoting reference 337 26/09/21.”