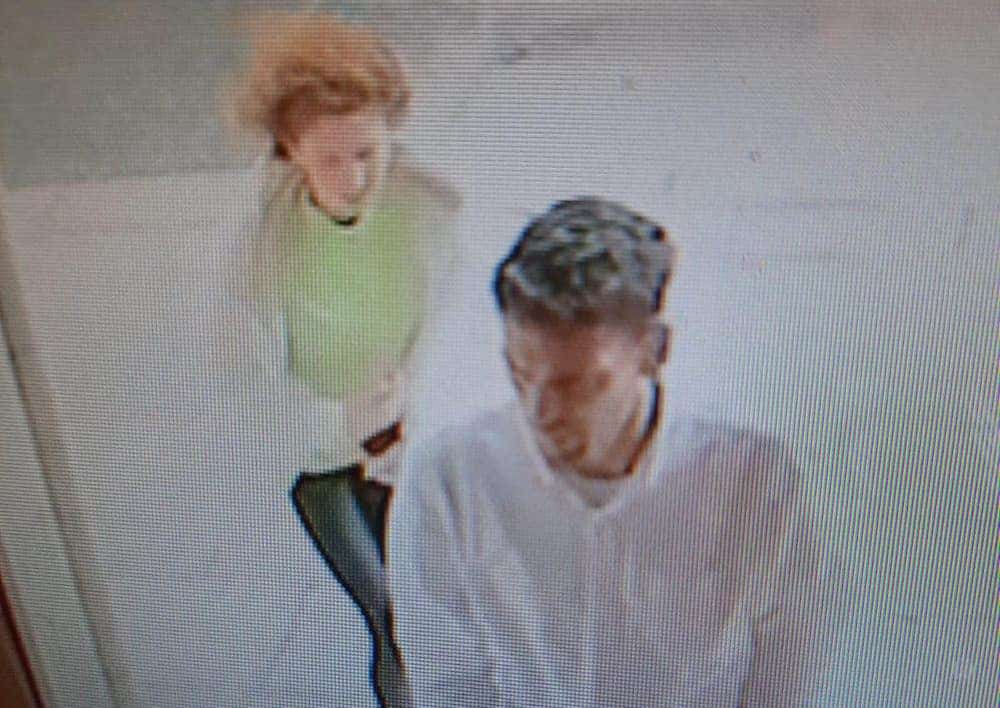 Armagh Parish shared the image stating the pair had attempted to steal from the church.

A spokesperson for the parish said: “Between 1pm and 2pm two individuals were captured on CCTV entering the Church, causing interior damage and attempting to steal a sum of money.

“Police have been informed and we urge anyone who may recognise either of the two individuals involved to contact the PSNI on 101.”

Sergeant Campbell said: “We received a report that this burglary occurred on Thursday, 12th January at around 12.30pm and it was reported to police today, Friday 13th January.

“It was reported a man and a woman entered the church with a crowbar and prized open a box containing money – breaking the padlock to gain access to it.

“The suspects stole a sum of cash from the box and left. Our investigation is underway and we are potentially linking this burglary to a recent theft at a church in Dungannon on the Circular Road on Friday, 30th December.

“We are appealing to anyone who was in the area at the time and has any information, or who saw the two suspects, to call police on 101, quoting reference number 675 of 13/01/23.”