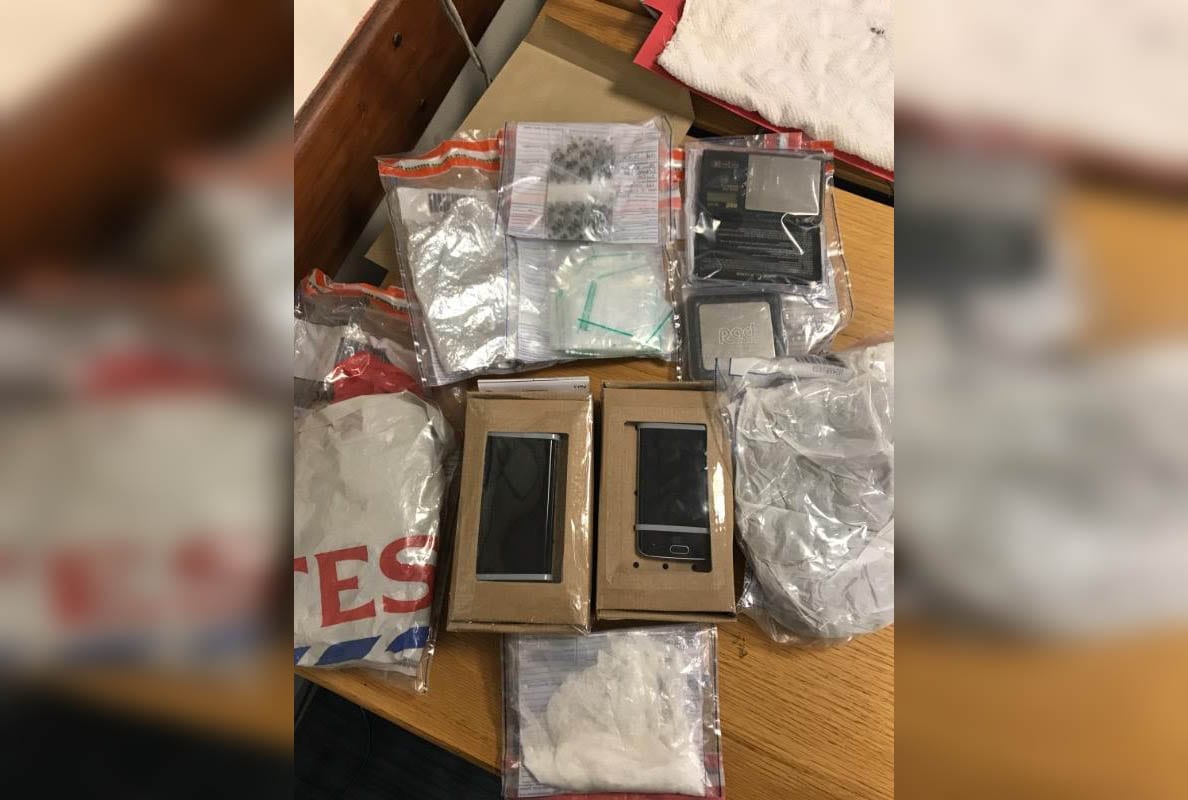 A large quantity of drugs were discovered by police following a house search in Armagh on Thursday.

A PSNI spokesperson, explained what happened: “On arrival [at the property in Armagh] the residents decided it would be best to throw a shopping bag over the fence into a neighbouring garden.

“After a bit of fence hopping the bag was found and when we looked inside there was a large quantity of suspected herbal cannabis.

“Then during the search of the house more items were found; including suspected Class A controlled drugs, sets of scales and suspected bags used for dealing drugs.

“I know some people on here have previously felt our OPs with HMRC and DVA aren’t targeting real criminals so hopefully this shows we do carry out a wide range of duties and target all levels of crime!

“A large quantity of drugs have been removed from the streets and that means away from children.

“Hopefully this is a message to local drug dealers that we know what you’re up to and it’s only a matter of time before we come knocking on your door.”