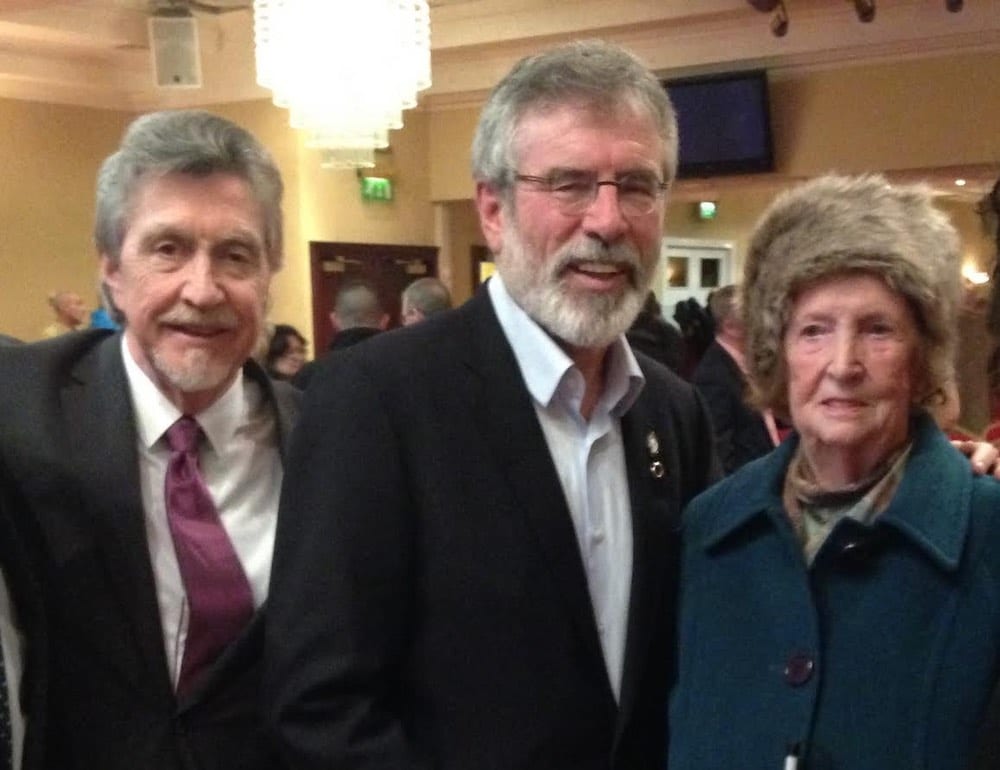 Newry and Armagh MP Mickey Brady has paid tribute to Republican veteran Tina McNally who has passed away in her 98th year.

Ms McNally, from Clady, was a prominent Republican activist for many decades.

“Tina McNally was a committed Republican who dedicated her life to highlighting human rights abuse and oppression,” said Mr Brady.

“After spending many years in England, Tina returned home to Clady in the early 1980’s where she played an active role in the development of Sinn Féin across Newry/Armagh, acting as an election agent on a number of occasions.

“Tina worked tirelessly for Republican prisoners during their incarceration, and in recent years was a strong advocate for the Irish peace process. Tina was also a proud Gael and an avid supporter of Armagh GAA and her beloved Sean South GFC.”

The Sinn Féin elected representative concluded: “Ten years ago Martin McGuinness visited Ballymacnab to pay a personal tribute to the McNally sisters and to mark their lifelong contribution to the Republican struggle.

“On behalf of Republicans across Newry/Armagh, I’d like to offer our sympathy to Tina’s family and friends.”