Tassagh’s Tracy wins recognition for work in community and raising over £60,000 for charity

She has won Tayto's Big Cheese award for Co Armagh, while Gareth Bronte - who has also raised money for good causes and brought aid to the isolated in lockdown - is the Co Down winner 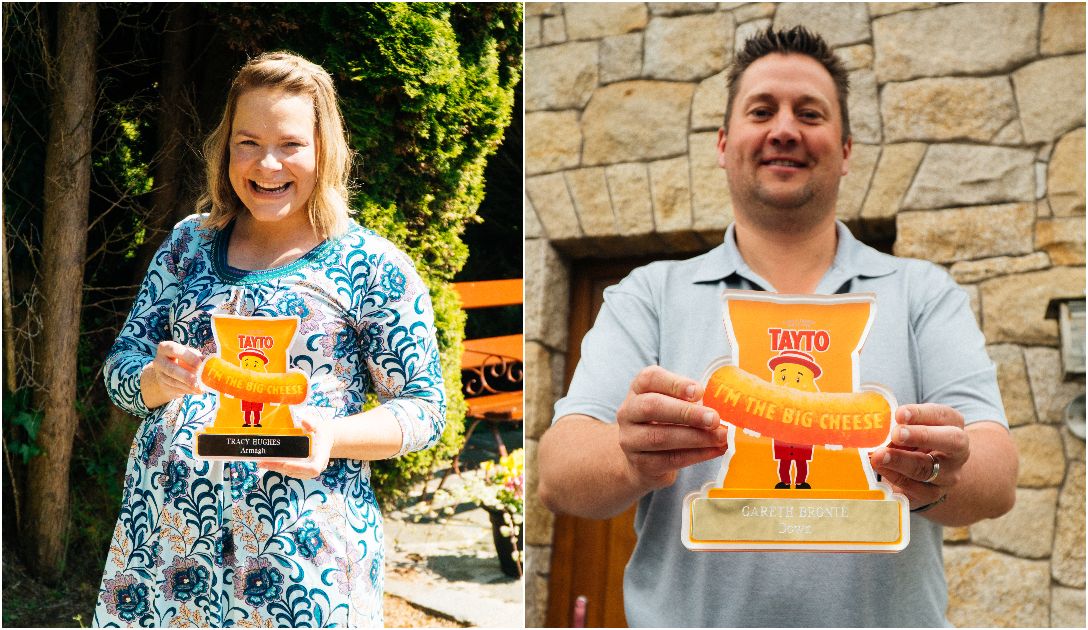 A Tassagh woman who has raised more than £60,000 for local charities has been recognised for her outstanding efforts.

Tracy Hughes is one of seven people across Northern Ireland who have won a ‘Big Cheese’ award with Tayto this year.

Tracy was nominated by her husband Alan for her contribution to the local community throughout Covid.

Meanwhile, Banbridge man Gareth Bronte, who was nominated by his wife Kirsty, is the County Down winner.

The Big Cheese Awards were developed by Tayto to help shout about the champions of Northern Ireland and give them the recognition they deserve for being a shining star and supporting so many others throughout a difficult year.

The Big Cheese Awards by Tayto were designed to show appreciation for local superheroes in the community, who have unselfishly supported others throughout a very difficult year.

The last 15 months have been challenging for everyone and during this time some people have stepped up to the mark and for their family, friends and neighbours and this should be celebrated, Tayto believes.

When nominating Tracy, Alan said: “Tracy is the most selfless person I know, she is always looking after those around her and putting them before herself.

“Over lockdown and knowing the pain of losing her niece Eva, Tracy wrote a children’s book to help others deal with the loss of a loved one and her fundraising efforts for children in need are endless.”

“Tracy recently planned and planted a park locally for children living with disabilities and has raised more than £60,000 for local children in need charities.

“The launch of the children’s park and releasing her picture book called: ‘A Home in Heaven’, Tracey has helped so many people in our local community. She donated hundreds of books to hospitals, schools and families, converted a horsebox into a tea van for her sister to work and looks after our own family without complaints.

“She supports me and everyone around her with positivity, wisdom, her talents and also calls fortnightly to a local pensioner to do her hair and brighten up her day.”

When nominating Gareth, Kirsty said he was always thinking about how he can help other people who may be struggling and always has the right words when someone needs help.

She added: “He loves to share about his daughter Hannah, who would have been three in September, and help other families who are dealing with bereavement.

“In May 2020 and 2021, Gareth organised 10km a day to raise money for The Royal Victoria Hospital NICU, who cared for Hannah.

“This not only raised a lot of money, but also helped people through lockdown where they had a focus and encouraged some exercise to help their mental health. He also organised a zoom quiz every Saturday night for nearly three months during 2020 for our church and a present drop to some more isolated members all whilst online teaching and home-schooling his son.

“All in all, Gareth has gone above and beyond, supported and cared for his local community through this past year and continues to lift everyone’s spirits.”