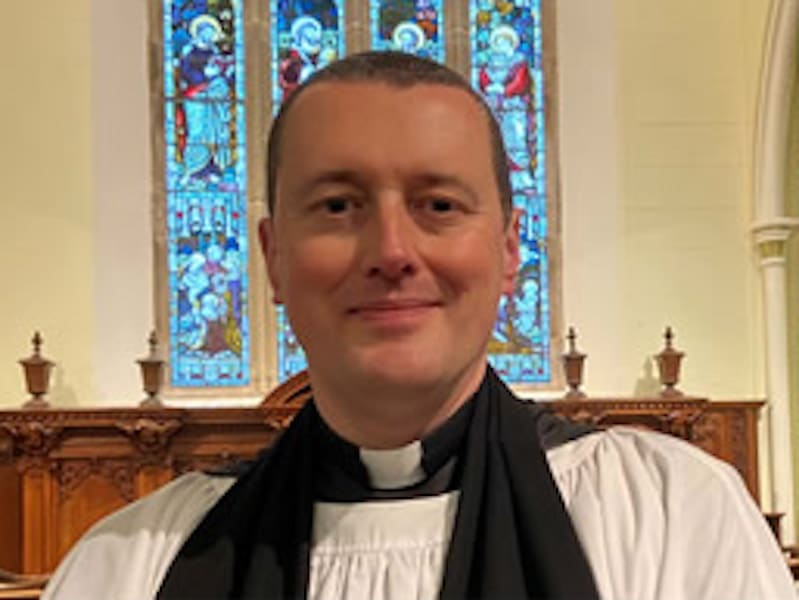 A Tandragee clergyman has been appointed the new Dean of Armagh.

It is anticipated that Canon Forster’s Installation will be on Sunday, February 14.

Canon Forster said: “I am deeply humbled and honoured to have been invited by the Archbishop to be the next Dean of Armagh.

“It is a great responsibility, and I am acutely aware of the historical significance of Armagh as the ecclesiastical capital of Ireland, the place where St Patrick built his first ‘Great Stone Church’.

“I am grateful to the parishioners of Ballymore for the support and encouragement they have offered to me and my family over the last 15 years and look forward now to new opportunities and challenges as the cathedral community and indeed the whole church begins the recovery process following the coronavirus pandemic.

“Strong links already exist between the cathedral, the parishes of the diocese, other churches, and the wider community within the city and hopefully and prayerfully in the years to come I will be able to help develop these important relationships and in faith enable them to grow and flourish”.

His was one of three appointments confirmed on Sunday by Archbishop of Armagh, the Most Rev John McDowell.

The Rev Elizabeth Cairns has been appointed the Archdeacon of Ardboe, with immediate effect and will also be installed as a member of St Patrick’s Cathedral body on  February 14.

On his appointment as Dean, Canon Forster will relinquish the Armagh Diocesan Prebendal stall in the St Patrick’s Cathedral, Dublin.

He will be succeeded by the Rev Malcolm Kingston, rector of St Mark’s Parish Church, Armagh, as Prebendary of Yagoe in the National Cathedral.

Commenting on the appointments Archbishop McDowell said: “I am delighted that Canon Forster has accepted my invitation to take up this senior position within the Cathedral and Diocese. Canon Forster has served his entire ministry in the Diocese of Armagh and has acted in the senior role of Chaplain/Executive Chaplain to four Archbishops.

“His faith formation took place in St Anne’s Cathedral, Belfast and he is familiar with the Irish Cathedral tradition. As Keeper of the Armagh Robinson Library the new Dean will have an important part to play in the development of the Library as it adjusts to post-Covid life. I look forward to having Shane, Kathleen, Timothy and Emma as neighbours here on the Hill of Armagh.

“Archdeacon Elizabeth Cairns, who was brought up in the parish of Milltown, in the Diocese has over thirty years of ministerial experience, first as a Church Armagh Evangelist and following ordination, as a priest in the Diocese.

“She has assisted in and had the care of parishes in the Diocese of Connor, the Diocese of Down and Dromore as well as here in Armagh. The Archdeacon is well known for her pastoral sensitivity and her cheerful common sense.

“I look forward to working with her as she takes up this important role as an executive officer of the Archbishop and a senior priest in the Diocese.

“The Rev Malcolm Kingston has also served his entire ministry in the Diocese of Armagh and occupies a number of important offices within the Diocese and the city. It is a mark of the respect in which he is held by his clergy colleagues that he has been elected recently as one of the Clerical Honorary Secretaries of the General Synod.

“It is entirely fitting that he should succeed Canon Forster as the Armagh Diocesan member on the Chapter of St. Patrick’s Cathedral, Dublin.”