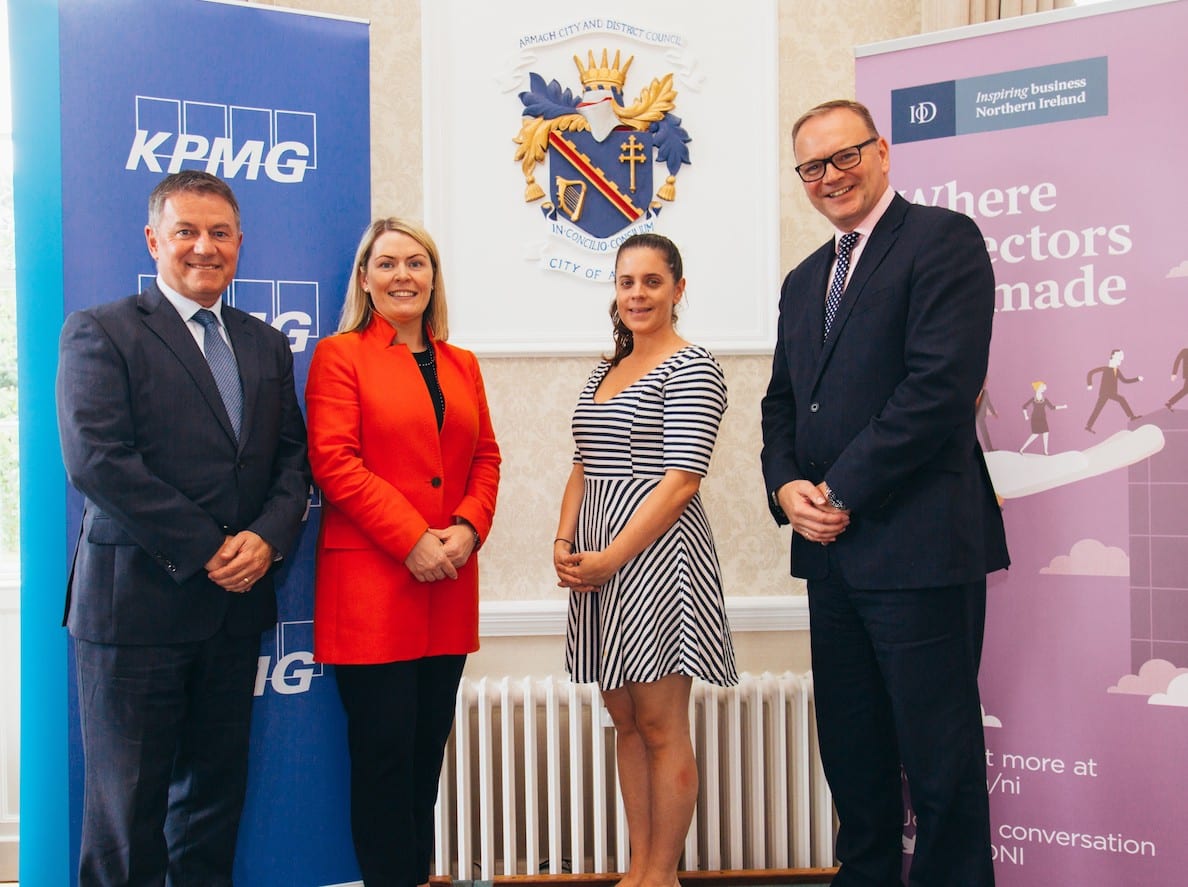 oD NI Chairman Gordon Milligan, left, has said access to skills remains the ‘number one issue’ for businesses among a myriad of challenges. He was speaking at the IoD Chairman’s Roadshow in the Council Offices, The Palace Demesne, were he was joined by, from left, Ashleen Feeney, KPMG; Allie Renison, the IoD’s Head of Europe and Trade Policy and Roger Wilson, Chief Executive of Armagh, Banbridge and Craigavon Borough Council.

Access to skills remains the “number one issue” for businesses among a myriad of current challenges, the Chairman of the Institute of Directors (IoD) in Northern Ireland has told an audience in Armagh.

Gordon Milligan was speaking to business leaders at the IoD’s Chairman’s Roadshow held in the Council Offices, The Palace Demesne in the city.

He said: “In Northern Ireland, we face specific challenges that are unique, including having no government for 19 months, challenges linked to Brexit and although unemployment is low compared to the rest of the UK, we have the highest level of economic inactivity.

“But, the number one issue continually raised by our members is the skills gap and lack of resources.

“This, along with the Apprenticeship Levy is an issue that we have directly raised with the Head of the Northern Ireland Civil Service David Sterling while we have also called for the appointment of a skills tsar and skills task force.”

Mr Milligan was joined at the event, part of a series sponsored by KPMG, by Roger Wilson, Chief Executive of Armagh, Banbridge and Craigavon Borough Council and Brexit expert, Allie Renison, the IoD’s Head of Europe and Trade Policy.

During a robust and wide-ranging panel session, discussion ranged from Northern Ireland’s lower levels of productivity compared to the UK and the rest of Europe to the lack of a local influence in Brexit negotiations.

Meanwhile, those in attendance, representing companies of all sizes from across many sectors, added their voices to concern over the level of government guidance available to firms preparing for Brexit and to the almost £2 billion of infrastructure projects in limbo due to the political impasse at Stormont.

To find out more about the IoD NI, including a full calendar of upcoming events, visit www.iod.com/ni.