Hurricane Ophelia is currently racing through the Atlantic at present 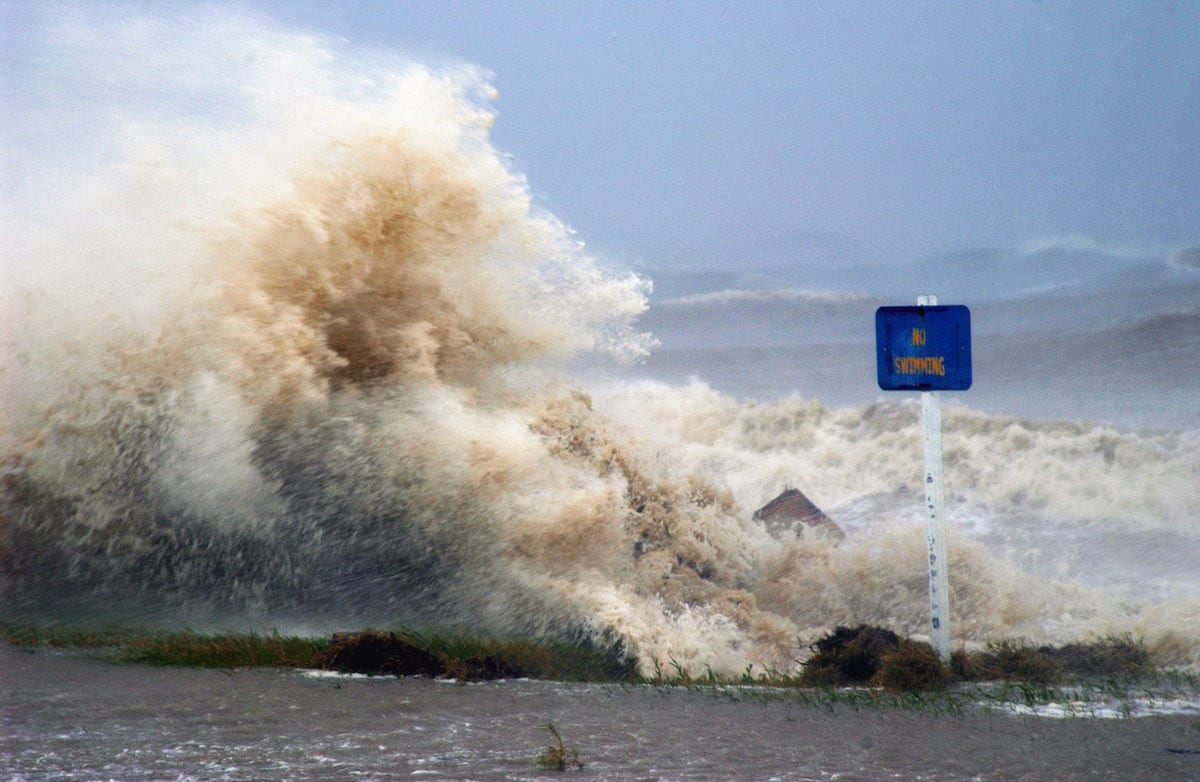 Brace yourselves! The immediate aftermath of Hurricane Ophelia is set to batter Co Armagh on Monday morning.

In fact, the whole island of Ireland will bear the brunt of the winds and rain as a yellow weather warning has been put in polace for the entire day, right through until midnight.

The Northern Ireland Weather and Flood Advisory Service said the hurricane will will hit around 8am on Monday.

Despite being downgraded to a strong storm by the time in lands on our shores, it is expected to cause significant travel disruption.

A Met Office spokesperson said: “A spell of very windy weather is likely on Monday in association with ex-Ophelia. Some delays to road, rail, air and ferry transport are possible. There is a slight chance that power cuts may occur, with the potential to affect other services, such as mobile phone coverage.

“There is a slight chance of some damage to buildings, such as tiles from roofs. It is possible that some coastal routes, sea fronts and coastal communities will be affected by spray and/or large waves. There is also a small chance that injuries could occur from beach material being thrown onto sea fronts.”

Posting on its Facebook page, The Northern Ireland Weather and Flood Advisory Service said: “Hurricane Ophelia is still on track to affect us at the start of next week.

”Although this will not be a hurricane by the time it reaches us. It will however be a rather large storm. There will be wave heights in excess of 48ft out to sea.”
Coincidentally, it will mark the 30th anniversary of the Great Storm of 1987 which killed 22 people.

And it is still one of the most talked about weather events in living memory it was also a wake-up call for the Met Office and other organisations.

It helped identify gaps in severe weather forecasting capability and highlighted the need for better communication with partner organisations such as emergency services and the public in general.

Bringing wind gusts in excess of 100 mph the storm resulted in the loss of 22 lives, around £1 billion worth of damage and there was widespread disruption across southern England.

It has gone down in history as one of the worst UK storms since 1703 and will obviously be remembered for Michael Fish’s now famous television broadcast.