A condemned mobile classroom would be removed and a new modular unit put in place at the College Hill site, where the number attending daily would be expected to increase by 67 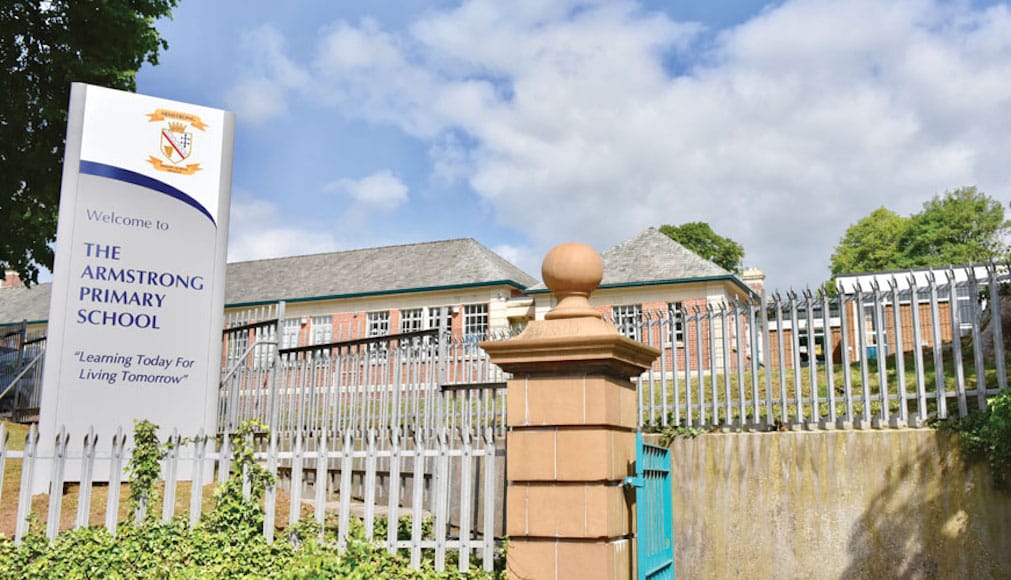 Proposals have been drawn up to remove a condemned classroom at the College Hill school site.

And in its place will be a modular two-classroom development.

It will provide additional floorspace in a new modern setting.

An application for the work has been drawn up by the Education Authority and submitted to Armagh City, Banbridge and Craigavon Borough Council for consideration.

It comes as the school prepares to celebrate its centenary in 2030.

The new facilities would provide close to 2,000 sq ft of school accommodation on top of what is already there.

The structure currently on site – overlooking College Hill itself – has been described as “condemned” in the application.

The intention is for it to be removed completely and the new two-classroom development – which would be “Department of Education compliant” – put in in its place.

Each of the two new classrooms would be 645 sq ft, connected via a lobby. The new modular unit would also offer toilet provision as well as storage too.

Most recently, in 2017, the school was to benefit from a major capital investment which saw the provision of four new classrooms, works which involved two single-storey extensions.

This latest project would see the number attending the school site daily increasing by 67 – from 506 to 573.