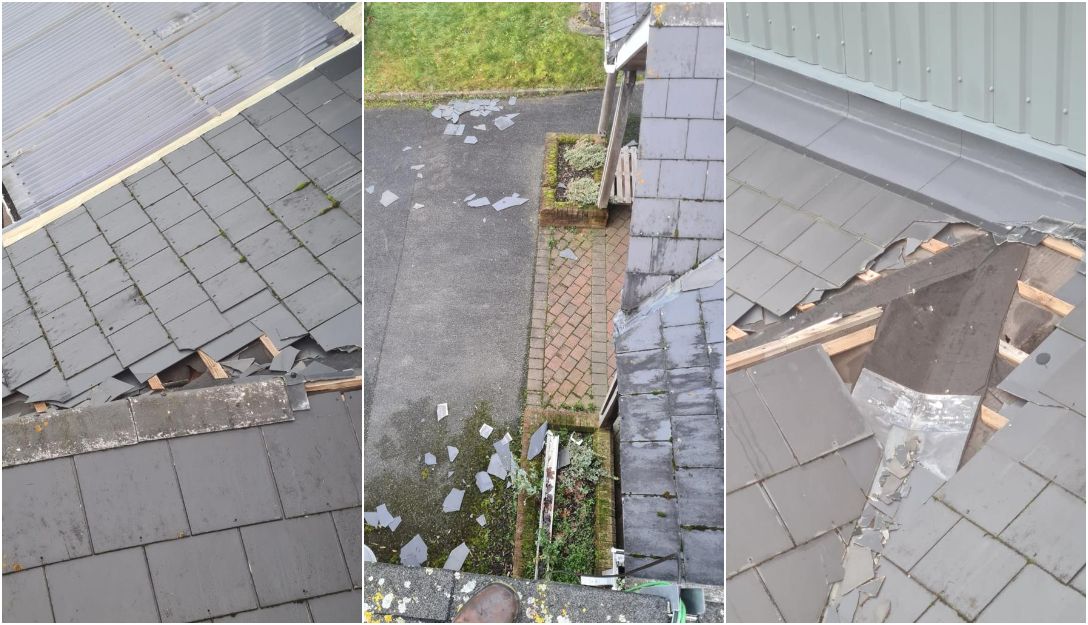 These pictures show the sickening aftermath after thieves ripped lead from the roof of the former St Brigid’s High School in Armagh.

While this is the season of giving the greed-driven culprits literally scaled new heights in their bid to take what was not theirs to take.

Considerable damage has been caused to the roof of the school building – which was built 50 years ago in 1971 – as a result of these incidents.

The thieves targeted the former school, at Windmill Hill, just off the Killylea Road, leaving the interior open to the elements after ripping up the lead.

Slates, loosened by their actions, have crashed and smashed on the ground below. Generations of Armagh folk attended St Brigid’s High up until it was announced in 2014 that it was earmarked for closure, leading from an amalgamation with St Patrick’s Grammar at the latter’s Sandy Hill site the following year.

It had most recently been used by the Southern Regional College when it had to leave its Lonsdale Road home after the demolition and construction of a new state-of-the-art campus.

But students moved out in 2020 and the building has been vacant since that time.

The building is owned by the Armagh Parish and an appeal has been made for anyone who knows who might be responsible to come forward.

A spokesperson for the Parish told Armagh I : “The theft of lead from the roof happened within the past few days.

“If anyone has information they should contact the local PSNI.”