Shoppers queue ahead of opening of Vincent’s new shop at Scotch Street, Armagh 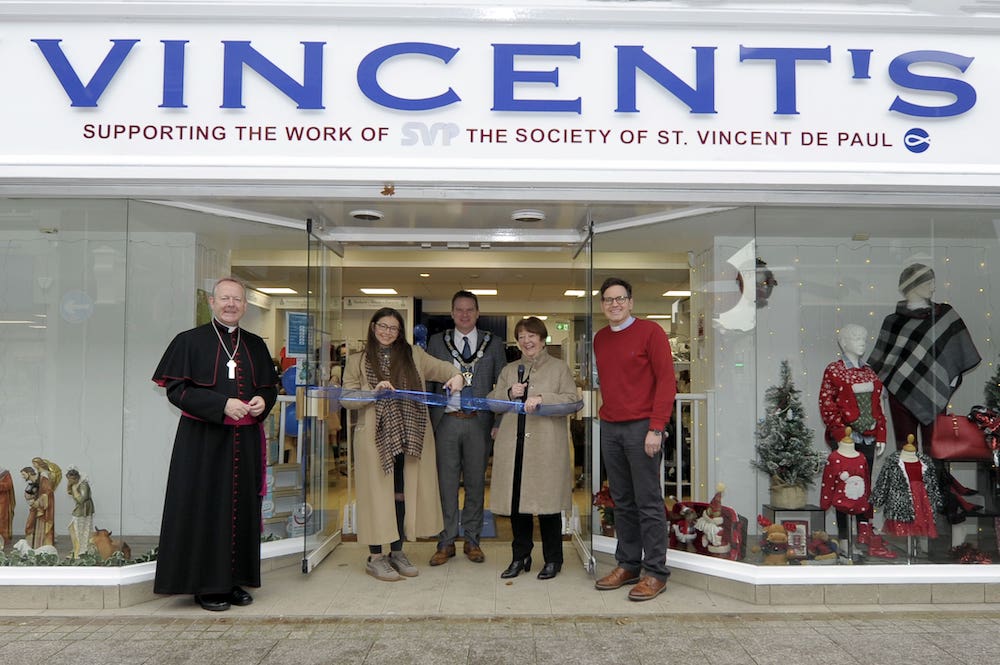 Shoppers queued along Scotch Street in Armagh to get a glimpse inside as the St Vincent de Paul charity opened a new shop to much fanfare.

Students from City of Armagh High School and St Catherine’s College added to the atmosphere and excitement of the opening by providing festive entertainment on Friday, while eager shoppers eagerly awaited the opening.

Vincent’s has previously operated from units at Thomas Street and Ogle Street but has now thrown open its new store’s doors in the former Dorothy Perkins premises at Scotch Street.

The shop has an extensive range of ladieswear, footwear, menswear, childrenswear and accessories and occupies a prime location in the heart of the cathedral city.

“I have no doubt that the range of clothes on display and the choice of giftware and homeware are sure to be a hit with price conscious shoppers who are passionate about sustainability.

“I would like to congratulate the staff and volunteers on their dedication in getting the shop ready for trading in time for the festive season and would wish them every success as they serve the local community.”

SVP is an international charity and the largest voluntary charity in Ireland. SVP members in Northern Ireland work in all communities to support people whatever their background, who are experiencing poverty and social exclusion, promoting self-sufficiency and working for social justice.

Every year SVP spends approximately £3 million to help those experiencing poverty in Northern Ireland. Last year, SVP responded to tens of thousands of calls for assistance from members of the public.