Podcast: Getting Portadown-Armagh railway back on track and why it left the city when it did 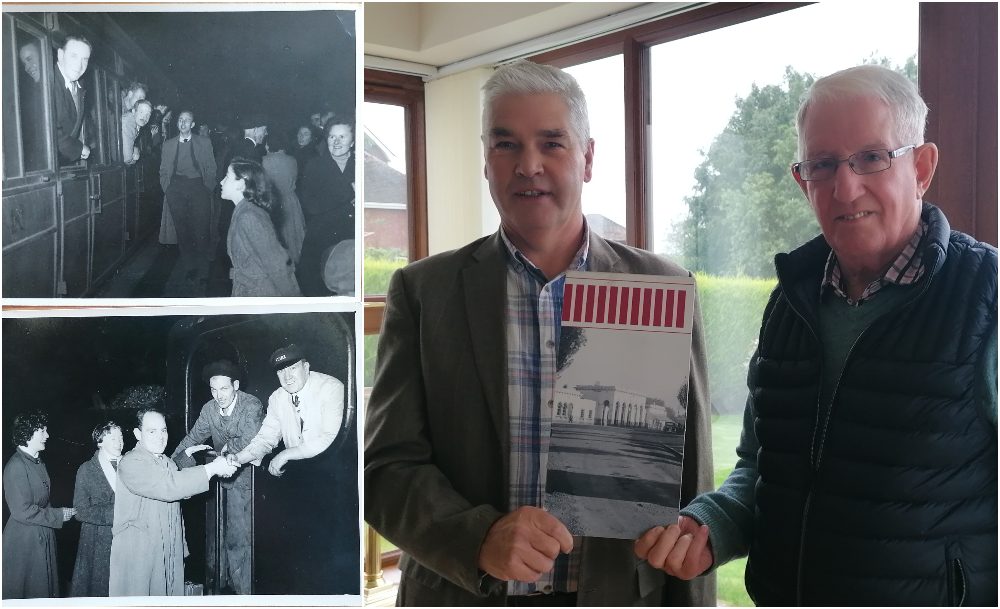 In 2014, a petition was presented to Stormont with 10,000 signatures gathered from the streets and shops around Armagh, calling for the reinstatement of the local railway line.

Two years before that the Portadown Armagh Railway Society (PARS) was established with the same purpose in mind.

They also aim to educate the public on the history of the railway line between Armagh and Portadown and the huge impact its disbandment in 1957 has had on the area – not least from a connectivity point of view but also an environmental one, as cars increasingly clog our roadways.

For this week’s podcast we spoke to Chairman William Hutchinson and Committee member Willie Parr who told us all about the organisation and the progress their campaign has been making.

Minister Nichola Mallon and Ireland’s Green Party leader and Minister for Transport Eamon Ryan have been championing the cause and progress has been made in recent years, with £60,000 allocated for a technical study which has been progressing well, with full support from the council.

The hopes are that the All-Ireland Railway review will see changes come about.

The history of the railway in Armagh is a long and eventful one. Built in 1848 the first trains left the town of Belfast to the vibrant city of Armagh.

The railway line was part of the fabric of society, connecting the cities and towns of Ireland.

On October 1, 1957 the last train made its journey on the well-used Portadown – Armagh route and the crowds came out in force to wave it off. They kept artefacts and lovingly patted the engine before it embarked 10 minutes late as a result.

This photo (main image) is of the last train journey between Armagh and Portadown on October 1, 1957.

If you recognise anyone in the picture we’d love to hear from you in the comments below.

Read more: The last train out of Armagh: A Bard’s account of when rail was king before city ran out of steam!

Armagh is also unique, in that the city paid the ultimate price for a change in safety measures that has benefitted everywhere that has a railway system, after a terrible tragedy struck.

On June 12, 1889, almost 1000 people – mostly families – crammed on board the train for a fateful Sunday School trip to the seaside.

They never reached their destination as a horrific accident led to 89 people losing their lives in one of the worst railway disasters ever recorded in the UK and Ireland.

Willie and William tell us all about the Armagh Rail disaster, the consequences for the community and the safety measures that were brought in as a result. They also tell us how PARS were involved in commissioning a statue that was erected on the Mall in 2014 to commemorate the victims of the tragedy 125 years on.

The statue is a poignant reminder, depicting a little girl with an empty bucket who never reached the seaside on that terrible day.