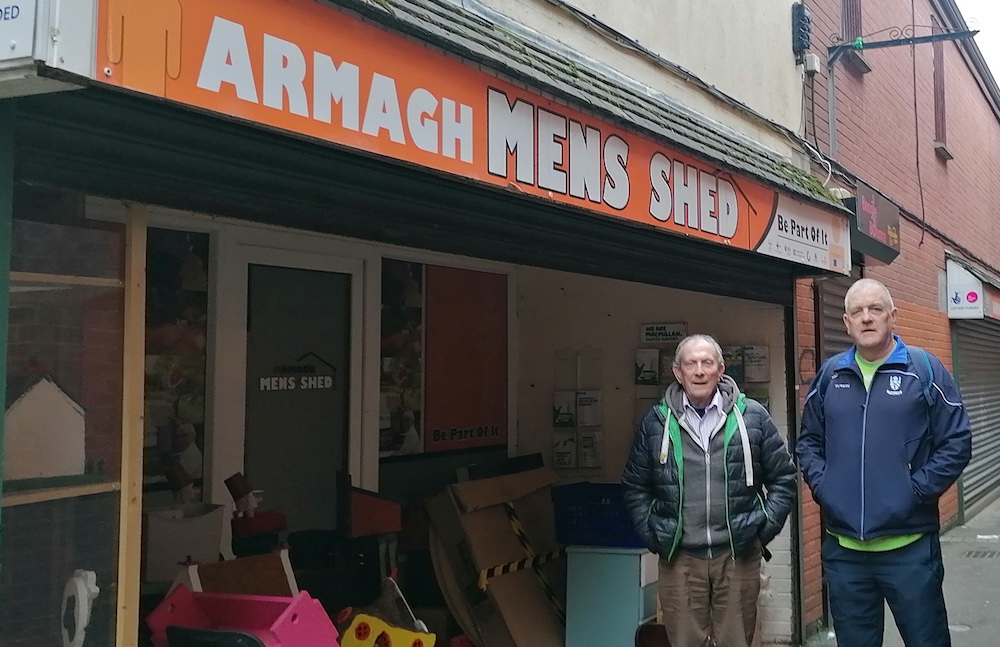 Retirement or redundancy can be a lonely place for men, but in 2011 Stiofan McCleirigh got involved in a movement that would change his and many other lives in for the better.

The Men’s Shed movement began in Australia and it arrived in Ireland in 2009 with the first shed set up in Tipperary. When Stiofan got wind of the concept he excitedly set the wheels in motion to bring one to Armagh.

He got the funding in place, found a premises on English Street and began knocking on doors to recruit members.

It worked, as Stiofan and fellow Shedder Dessie can attest to, with around 34 members at present enjoying everything the shed has to offer – from woodwork to projects, workshops, and even a choir that performed for Irish President Michael D Higgins who became patron to the Irish Men’s Shed Association in 2013.

The grassroots community-based, non-commercial organisation is a lifeline for men who just need a place to call their own, where they can learn new skills and make friends in an environment that isn’t the pub or the bookies.

There are over 400 sheds registered with the Irish Men’s Shed Association and at least 12,000 men visiting a shed every week.

Some of those sheds have been inspired by the work that goes on in the Armagh City Men’s Shed and for this week’s podcast Stiofan and Dessie tell Armagh I how it all began and about the joy that the shed has brought to many.

Browse our podcast library below.