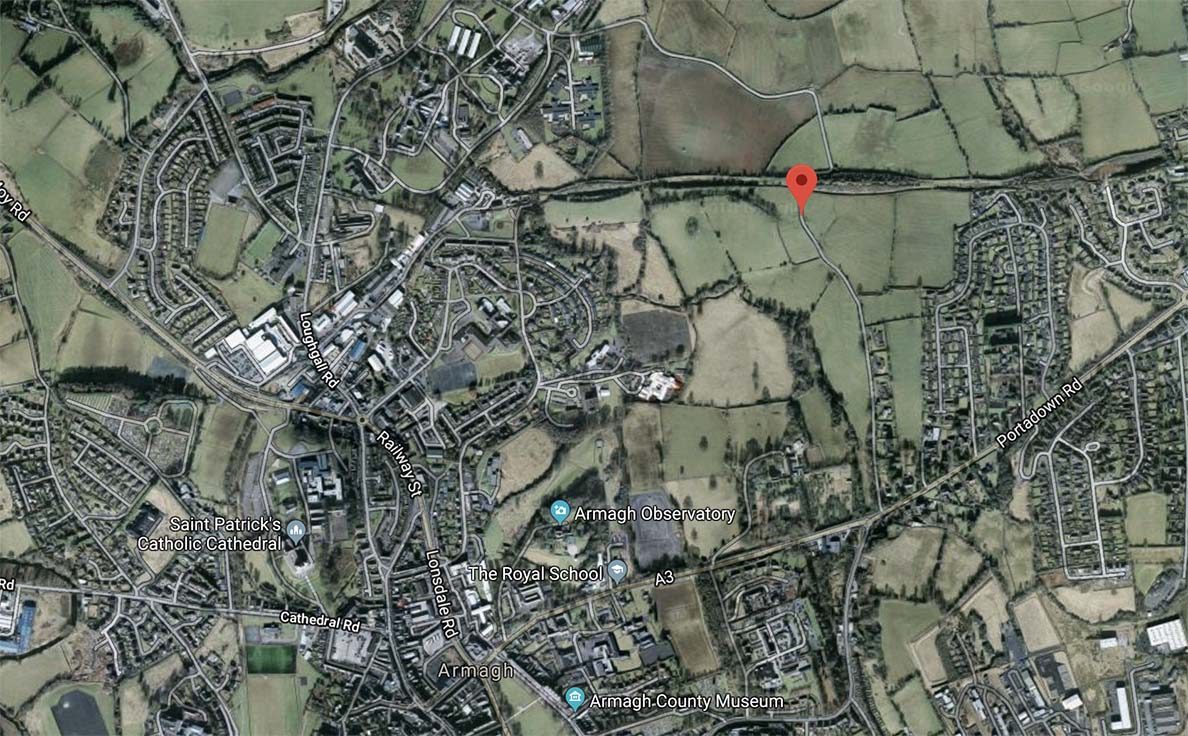 The first phase of a multi-million pound housing development in Armagh – which will see up to 350 new homes being built – could get underway next year if ambitious plans are approved.

This first stage would consist of a total of 55 homes at Mullinure, under the working title of ‘Deanery Demesne’.

It would sit south of the old railway line – and adjacent to the potential new £30 million Armagh Leisure Village.

But it is only a drop in the ocean of the larger scale proposals for housing in that area which will see hundreds of homes built in time.

It given the go-ahead, it would see a large number of jobs being created in the construction stages which would be sustained throughout, giving a major boost to the local economy and a huge investment in Armagh’s housing sector.

Work will shortly begin on upgrading roads in the area – with approval already granted for this – to allow for the houses to be built and rolled out over the next number of years.

It would see the provision of a new and upgraded Mullinure Lane – according to information provided in response to concerns raised during pre-planning consultation.

It says: “The effect of the new Mullinure Lane will will be in effect to reduce old Mullinure Lane to a private lane which will drastically reduce the amount of traffic on it, thus negating any requirement for a footpath on it.”

The would-be developer is Deanery Demesne Ltd, and the Department of Infrastructure recently informed councillors it was proposing abandoning a portion of land at Mullinure to “facilitate planning applications for a housing development at this location”.

Now that planning application has come forward and has been submitted to Armagh City, Banbridge and Craigavon Borough Council for consideration.

It would consist of a total of 55 new houses – 50 semi-detached and five detached.

Previous approvals have already been given for housing schemes in the area – most recently in 2015 – and more are expected to followed.

Housing would eventually cover the entire area allocated for such purposes under the 2004 Armagh Area Plan.

The development would also require the junction at Mullinure and Portadown Road being upgraded. It would also see the “realignment and upgrade of Mullinure Lane”, together with associated access roads, pumping station and hard and soft landscaping.

The expansive site in question is currently described as “agricultural land”, sitting immediately west of numbers 1 to 11 Mullinure Lane and on land extending on both sides of Mullinure Lane, immediately south of the disused railway line. It also is less than 250 metres from Sperrin Park Armagh.

According to design and access statements prepared with the application, access will be off the main Portadown Road.

The houses would be “responsive to the design and characteristics of the site and its settings” and “mature trees and existing hedgerows” will be “retained and incorporated” into the scheme.

The design and form of buildings and materials used would be “visually compatible with adjoining properties and the neighbourhood”.

The development is overlooked on a hill by the Deanery – owned by the Armstrongs – described as a ‘classic period rendered Georgian House’. And it is that “timeless quality” and influence of Armagh’s famous Georgian architecture which would “inform the design aesthetic” of these homes, to be designed by award-winning architects, KCA.

The properties, as they front on to Mullinure Lane, will sit behind black estate railings and hedgerows

The new development will include a new internal roundabout to act as a “gateway into the heart of the new housing area”.

Most homes will have a private driveway, to accommodate two cars, with the potential to build garages.

The statement confirms that the intention is to build up to 350 houses across the entire site – with this application for 55 just the beginning.

It adds: “The access and road improvements have planning permission with construction due to commence imminently.  This will ensure that the infrastructure is in place to support the housing development.

“The application site is part of the full comprehensive masterplan for the site.

“It has been chosen as the first phase due to its strategic location in relation to the new road infrastructure, to set the tone for the entire development and provide a sense of place for those resident and resorting to the area.”

The planning application for this first phase development of 55 homes will be publicly advertised next week.