Development would include apartment at first floor 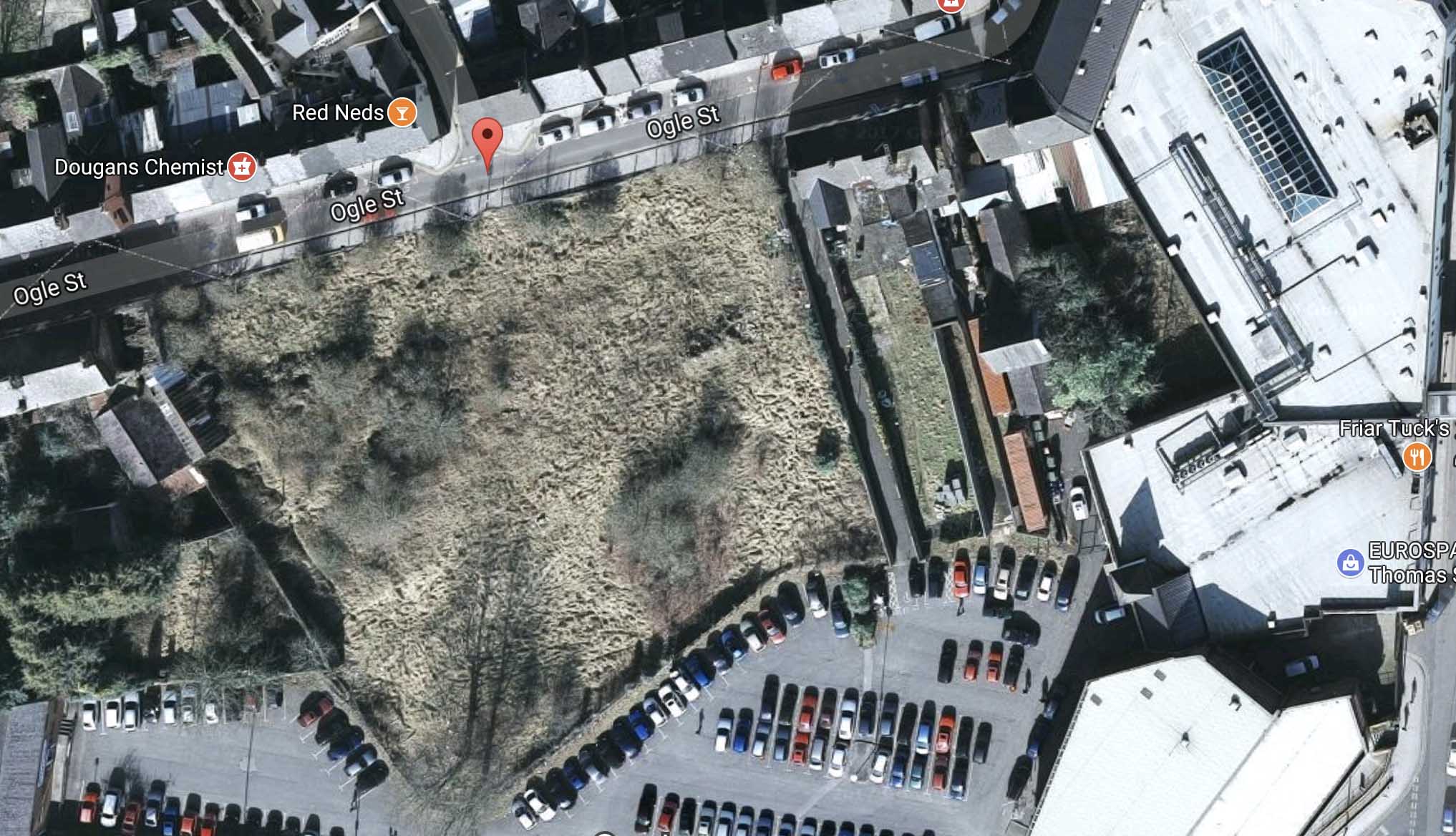 A house on Ogle Street in Armagh could be converted into a shop.

The property in question is at 39 Ogle Street – sandwiched between the former Cloud Cuckoo store and Dougan’s Pharmacy.

A proposal in the name of Mr Jody Ogle has been drawn up.

It is for a material change of use at ground floor for commercial use, with a new shop front.

It is currently a three-bedroom house.

Neighbours have been notified of the proposal which is due to be publicly advertised this week.

Papers do not indicate at this stage the nature of the retail enterprise proposed, but planners have been told that, if approved, the new commercial unit would employ two people when up and running.

A similar development – retail and residential – has previously been approved on Ogle Street just months ago, at the lower end on the opposite side of the street.

Main image: Ogle Street from above.