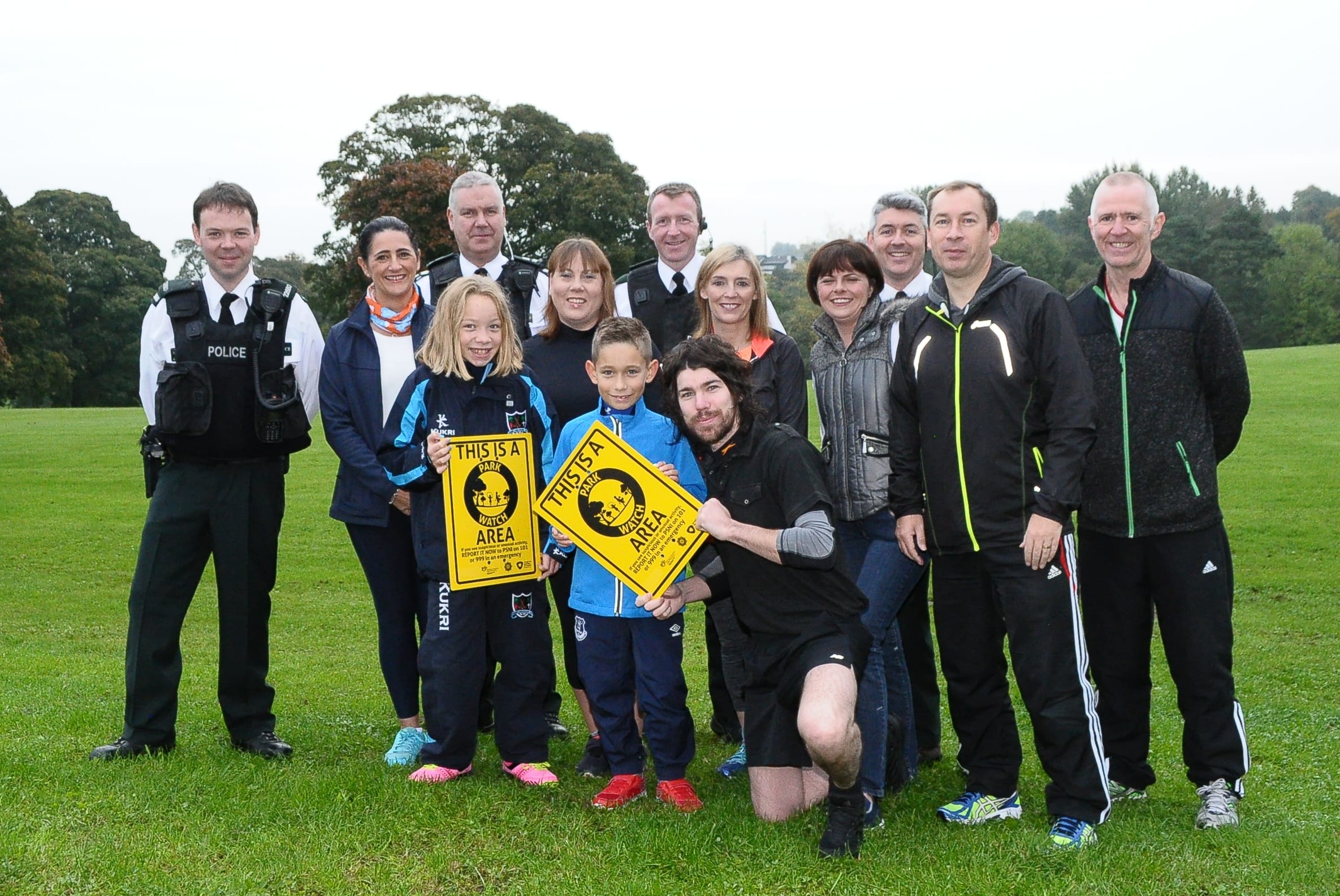 A new scheme to combat vandalism and anti-social behaviour has been launched at the Palace PArk in Armagh.

Local residents and park users are joining in the initiative which was launched on Saturday, to coincide with the third anniversary of the ever-popular Park Run.

It takes place at the Palace Demesne every weekend, attracting in the region of 100 runners each time.

It is this which Armagh City, Banbridge and Craigavon Borough Council wants to promote – use and ownership of the park.

But the facility has been getting a ‘bad press’, as it were, with complaints of anti-social behaviour and public drinking, as well as episodes of vandalism.

Just last April the wooden heart was ripped from a specially crafted ‘buddy bench’ which had been designed and placed to help raise awareness of autism.

The new Park Watch is similar to Neighbourhood Watch schemes and sees the Policing and Community Safety Partnership and the PSNI working together with park users and residents to take ownership of the park and to help ensure it is a safe place for everyone to use.

“We want to encourage local residents and park users to ‘own’ the park, take pride in it, look after it and protect it from vandalism and anti-social behaviour.

“By doing so they will not only be improving the safety and security of the park but also the surrounding area.”

“We are committed to working with the Policing and Community Safety Partnership and the local community to make this a safe space for everyone.

“We want to encourage park users and local residents to help us protect the park from vandalism and antisocial behaviour by reporting any criminal or suspicious activity at the earliest opportunity.”

For further information on how to get involved in or on the Park Watch scheme contact Annette Blaney, PCSP Project Coordinator on 028 3831 3607 or email annette.blaney@armaghbanbridgecraigavon.gov.uk