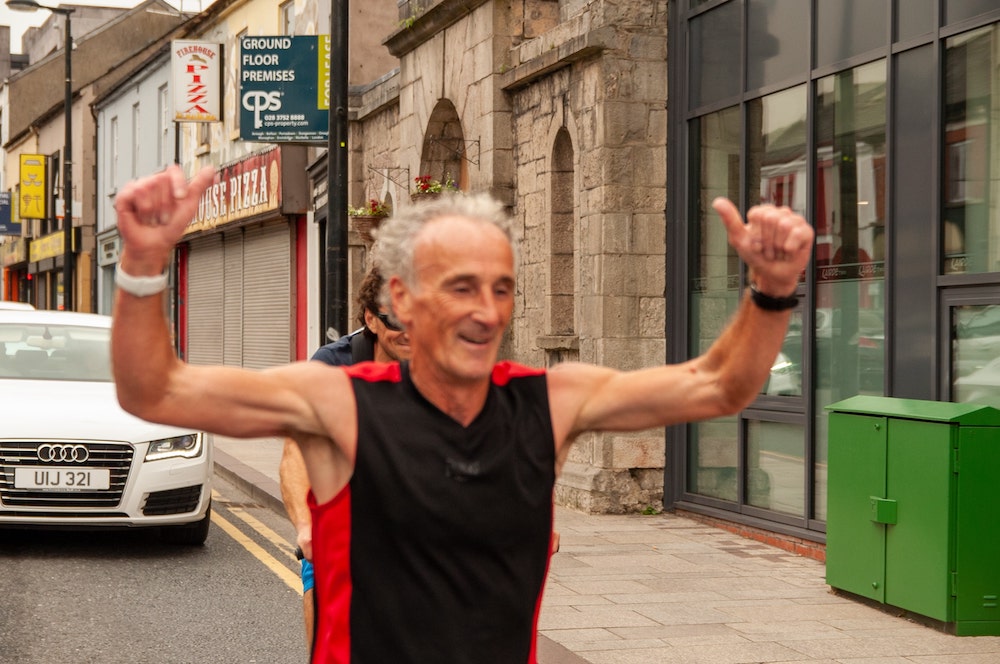 Mattie Lennon, well-known sports manager at county and club level has has indeed blazed a trail by being the first to run Camino Mhacha, others will walk.

His time was a remarkable 3.37 hrs for 24.5 miles which is truly impressive given the nature of the terrain.

Camino Mhacha, a bi-lingual event, is a 24.5 mile trek from Mullaghbawn to Armagh City via the rolling hills and valleys of South Armagh retracing the epic journey of Cú Chulainn, Ulster’s greatest mythological hero and no mean feat for a runner.

Mattie wanted to raise awareness of the health benefits of movement, not necessarily exercise, but simply the enjoyment of movement; his three pillars of health are movement, nutrition and rest.

Mattie Lennon played hurling for Armagh for over 20 years and has since managed a host of hurling and camogie teams.

He currently manages Armagh Camogie county teams at senior and minor levels. He has just opened his new gym in Donaghmore. Mattie is a business man too and is owner/director of Matlen Systems which provides tracking for plant and machinery. He was accompanied on bicycle by his son Mathew and his lead-car was piloted by his wife Úna. Mattie was welcomed back to Aonach Mhacha by family and friends and the organisers of Camino Mhacha.

Réamonn Ó Ciaráin, organiser of Camino Mhacha said, ‘We are delighted with Mattie’s efforts and that of the Lennon family in support of Camino Mhacha which will become an annual feature for locals and visitors and grow steadily year upon year. Camino Mhacha is about raising awareness of our rich shared cultural heritage, our health and well-being and our precious environment. Mattie Lennon has certainly given Cú Chulainn a run for his money.’