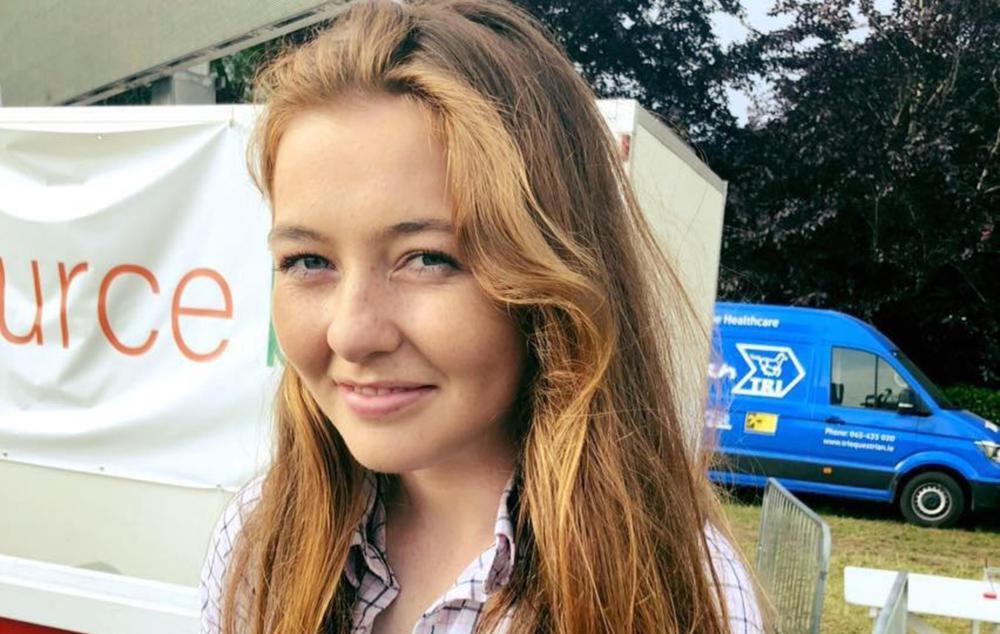 A 33-year-old man accused of murdering a young County Armagh woman in August of last year has been refused bail.

The Middletown woman passed away in Altnagelvin Hospital on August 9, six days after an alleged incident at an address in the Gortnessy Meadows area of the city.

Cresswell appeared via videolink at a special sitting at Dungannon Magistrates’ Court this morning (Saturday) where he confirmed he understood the charge against him.

Detective Sergeant James Brannigan told the court that, on August 3, the NI Ambulance Service received an emergency call regarding a “suspected hanging” incident.

The accused then allegedly freed the victim from a ligature before placing her in the passenger seat of his car, to meet the oncoming ambulance crew, where she was then transferred and taken to Altnagelvin.

She was transferred to Intensive Care but passed away six days later having never regained consciousness.

The court heard how Cresswell had allegedly told doctors that Miss Simpson had fallen from a horse at a show in Lurgan the previous day, before being trampled on by the horse. He told the court that doctors at Altnagelvin found Cresswell to be “vague in detail” when queried about the circumstances.

He added “[Miss Simpson] did not present as a hanging victim and features expected of such were not present” on the victim.

Detective Brannigan said that Cresswell’s account is that he left his house which he shares with his partner – who is also Miss Simpson’s older sister – to drop his two children off in Greysteel.

Cresswell told police that when he returned around 8am he found Miss Simpson, who also lived at the address, hanging from a bannister.

However, the detective said that no ligature markings were found on the bannister, or on Miss Simpson’s neck, which would have been expected.

The detective also outlined how Miss Simpson was in a new relationship, for about six weeks, when pressed for a direct answer on exact length of time by District Judge Steven Keown.

He told the court that messages between the new couple indicated that Miss Simpson was concerned about Cresswell finding out about this relationship.

Detective Brannigan said that the messages found on her phone “indicated Katie was in immense fear of this man” adding that “it is our belief the defendant discovered this relationship”.

He further told the court that investigating officers believe Cresswell had a “controlling” relationship with Miss Simpson, ever since she was nine or 10 years of age, after beginning his relationship with her older sister.

Detective Brannigan also told the court how Cresswell told police that he had been in a sexual relationship with the deceased for about four years, claiming to have had sex the night before in the bedroom next to his partner and two children.

He added: “Katie had everything to look forward to; her sister was giving birth a few weeks later, she had a new boyfriend, life was looking good.”

Detective Brannigan opposed bail on the basis of risk of flight, risk of re-offending and interfering with witnesses.

However, Cresswell’s defence solicitor contended that his client was in a long-term relationship, with two children, that the case was circumstantial and does not lend itself to interference of witnesses.

He added that Cresswell’s family were able to put up a large cash surety for his release and that he had been very forthcoming with detectives, having answered every question put to him.

However, rejecting the bail application, District Judge Keown commented: “His actions since August 3, 2020 gives rise to a concern regarding risk of interference with witnesses and the police investigation.

“I find that they cannot be managed by bail conditions and as a result bail is refused due to risk of reoffending, risk of flight and risk of interference with witnesses and/or police investigation.”

Cresswell was remanded into custody to appear again, via videolink, on April 1.