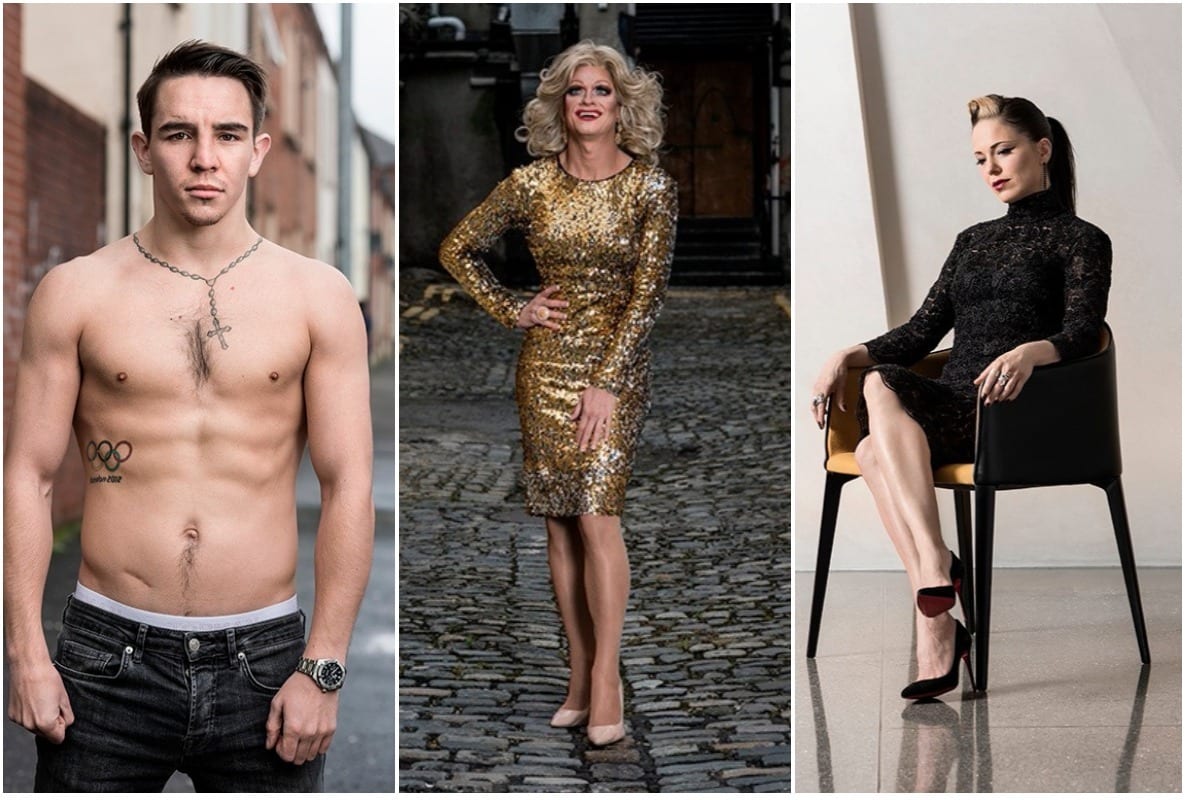 The exhibition opens to the public in Armagh on Monday 12 March 2018 and forms part of the ‘Home of St Patrick Festival’ programme 2018 in Armagh.

The Market Place Theatre will be a hub of activity throughout the festival with a programme of exciting performances, talks and exhibitions which aim to inspire, inform and entertain.

‘Portrait of a Century’ is a photographic exhibition of one hundred images of people who are threaded together through a shared language, culture and nationhood.

Each photograph represents the birth year of the person in it. The series as a whole spans a one hundred year time frame from 1916 to 2015. The exhibition is a photographic representation of a nation reflected in those who have shaped it in some way.

Between 2015 and 2016, photographer Kim Haughton trained her lens on familiar faces of people who are woven into the fabric of national arts as well as sporting legends, presidents, public servants, private citizens, pioneering women, dazzling young people and the children of the future to create this visual time capsule. Each image in the series represents the birth year of the sitter and spans a hundred-year time-period from 1916 to 2015.

Beyond the colour of their skin or the texture of their clothing, many of the portraits reveal something deeper than just the people in them. Exploring themes of nationhood, identity and time, the work is a photographic representation of a nation reflected in those who have shaped it in some way.

She spent the early part of her career as a photo journalist covering post conflict humanitarian issues around the globe.

Her work has been exhibited in London, New York, Oslo and Dublin.  Her images have been included in publications worldwide, including The Financial Times, Der Spiegel and Vanity Fair.  Her work is held in the National Archives of Ireland.

An accompanying book, Portrait of a Century by Kim Haughton, has been published by The Lilliput Press to coincide with the exhibition and is available for sale at the Theatre Box Office

The exhibition will run at The Market Place Theatre, Armagh from 12 Mar – 5th May 2018.