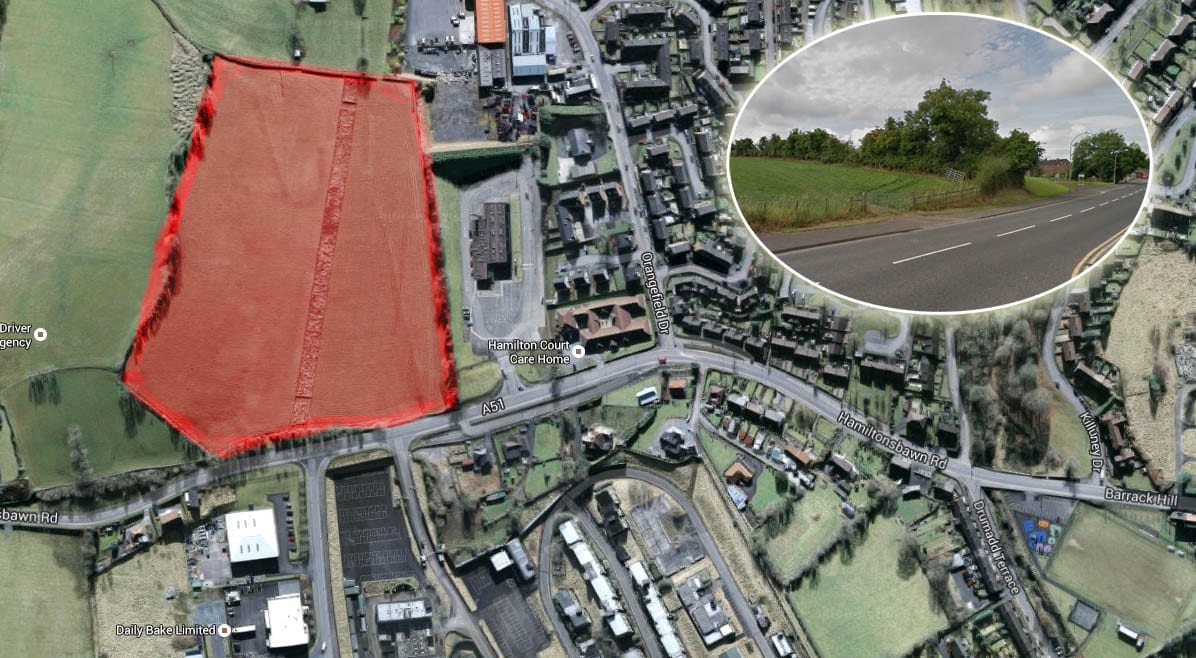 A major housing development on the outskirts of Armagh City is being recommended for approval.

The proposal to build 46 homes – on a site at the Hamiltonsbawn Road – has been included on the ‘list of delegation’ with that opinion from a planning official.

But councillors still have the opportunity to refer the matter to the planning and regulatory services committee if they so wish.

The application is the name of Norman and Mark Shilliday and relates to a site adjacent and east of the Driver and Vehicle Testing Centre.

It sits alongside the route of the proposed Armagh East Link Road and the proposed bypass is featured in conditions listed by Roads Service for now giving the scheme its blessing.

The land has been in agricultural use and plans to build houses on the site were submitted almost two years ago.

At that time the proposal was to build 51 homes.

On this occasion, the latest advertised plan – which is being recommended for the green light – is for 46 houses.

These would be a mix of detached, semi-detached and town houses. The development is in an enclosed area beside the route of the East Link, which stretches from the Newry Road. A review of the preferred corridor is currently underway, but the road would pass across the Hamiltonsbawn Road before connecting onwards to the Portadown Road.

Roads Service has not objected to the housing development.

But it has listed a number of conditions which would need to be satisfied.

One of these is that an access point to the new homes would be “permanently closed to vehicular traffic if the construction of the Armagh East Link takes place, prior to this new road being opened to through traffic”.

At that stage, and as part of the construction of the link road, an alternative access would be provided.