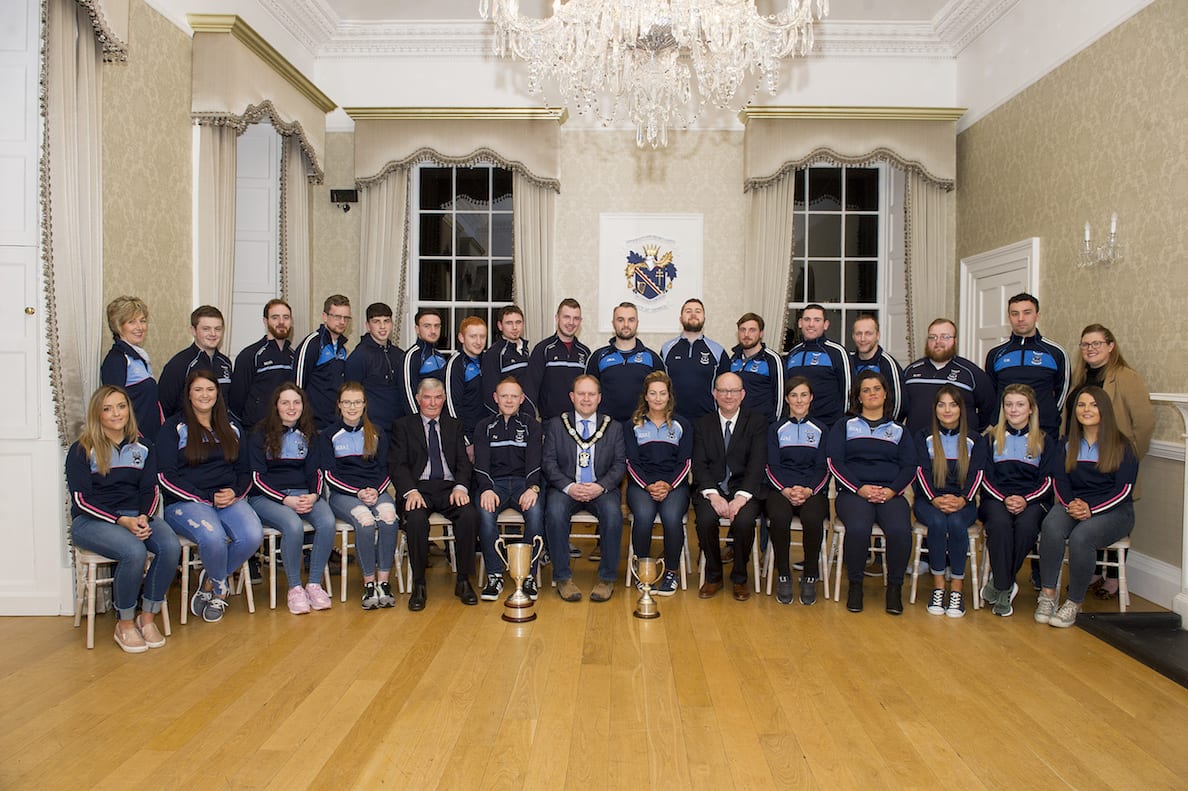 Ballyhegan Davitts were hosted by the Lord Mayor at the Palace in Armagh following an historic 2017 season.

The mid-Armagh GAA club completed ‘the double’, clinching both the men’s and women’s junior county titles, before embarking on an Ulster campaign.

The men landed their first title in 22 years with a victory over Corrinshego while the ladies saw off Mullabrack in their decider.

Lord Mayor Alderman Gareth Wilson said: “It was great to welcome the men and women of Ballyhegan Davitts to the Palace to mark the success of the club in two 2017 competitions following a proposal at our monthly council meeting.

“The club members really enjoyed their evening and it was great to be able to show the club members around the Palace as many had never had the opportunity to visit before which made the occasion all the more special.”

He concluded, “The club achieved great success in 2017 and it is clear that they all share a strong belief in their abilities as a team and I wish them every success for the 2018 season.”