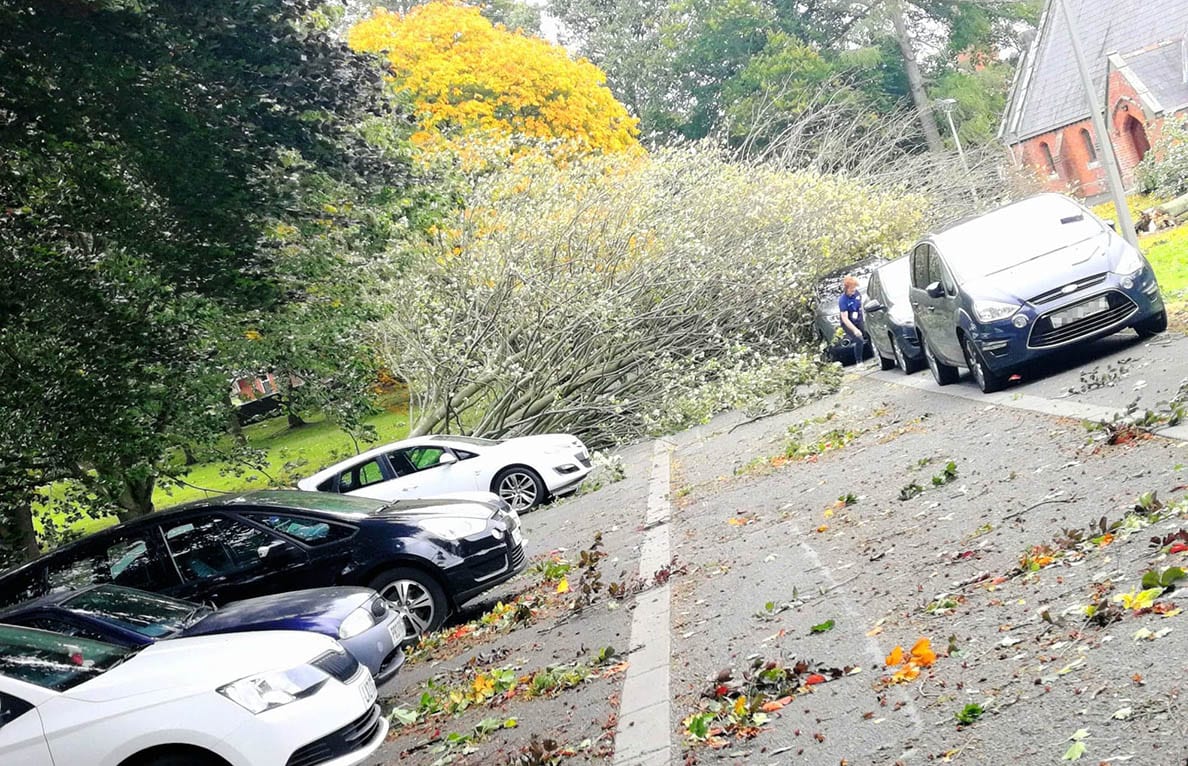 Ciara is the latest storm to be named this winter as the Met Office confirmed winds of up to 55mph across Co. Armagh.

The Met Office say the strongest gusts in exposed locations could reach 80mph in other parts of Northern Ireland.

At present it’s a yellow weather warning but that could be upgraded to amber, or even red as we approach the weekend.

The system currently developing in the North Atlantic will bring strong winds and heavy rain across the whole of the country through the end of the weekend and into the start of next week.

A yellow National Severe Weather warning for wind has been issued which currently covers the entire UK and is in force from 6pm on Saturday evening and all day Sunday until midnight.

Storm Ciara can be expected to bring a range of disruption which may affect some power supplies and transport services across many parts of the UK.

Neil Armstrong, chief forecaster with the Met Office, said: “An extremely strong jet stream flowing from North America will be steering a succession of low-pressure systems towards the UK at least into the middle of next week.

“The relative predictability of this pattern has provided an early warning and has given us the certainty to be able to name this storm four days ahead.”

Before Storm Ciara arrives, Wednesday and Thursday this week will see high pressure dominating, bringing largely fine conditions to most of the UK with the potential for frost and fog in some locations.

Fog may be slow to clear on Thursday morning.

By Friday evening conditions will start to become more unsettled with spells of rain and a developing breeze. Saturday will be a relatively dry day for much of the UK before further strengthening winds and rain arrive from the west in the evening ahead of Storm Ciara.

Chief Meteorologist Neil Armstrong continued: “The Met Office will continue to monitor the development of Storm Ciara and other potentially impactful low-pressure systems through next week. Warnings will be issued and amended as appropriate so members of the public should keep up to date with the Met Office forecast via our website, app or by following us on social media.”

Storm Ciara is the third named storm of the season which started in September.

The naming convention now also includes the Dutch meteorological service, KNMI as well as existing partner Met Éireann. Storms are named to aid the communication of approaching severe weather, helping the public to be better placed to keep themselves, their property and businesses safe.

In the wake of Storm Ciara, conditions will remain unsettled across the UK, it will turn colder with the chance of wintry showers and ice in some parts. It will also remain very windy.