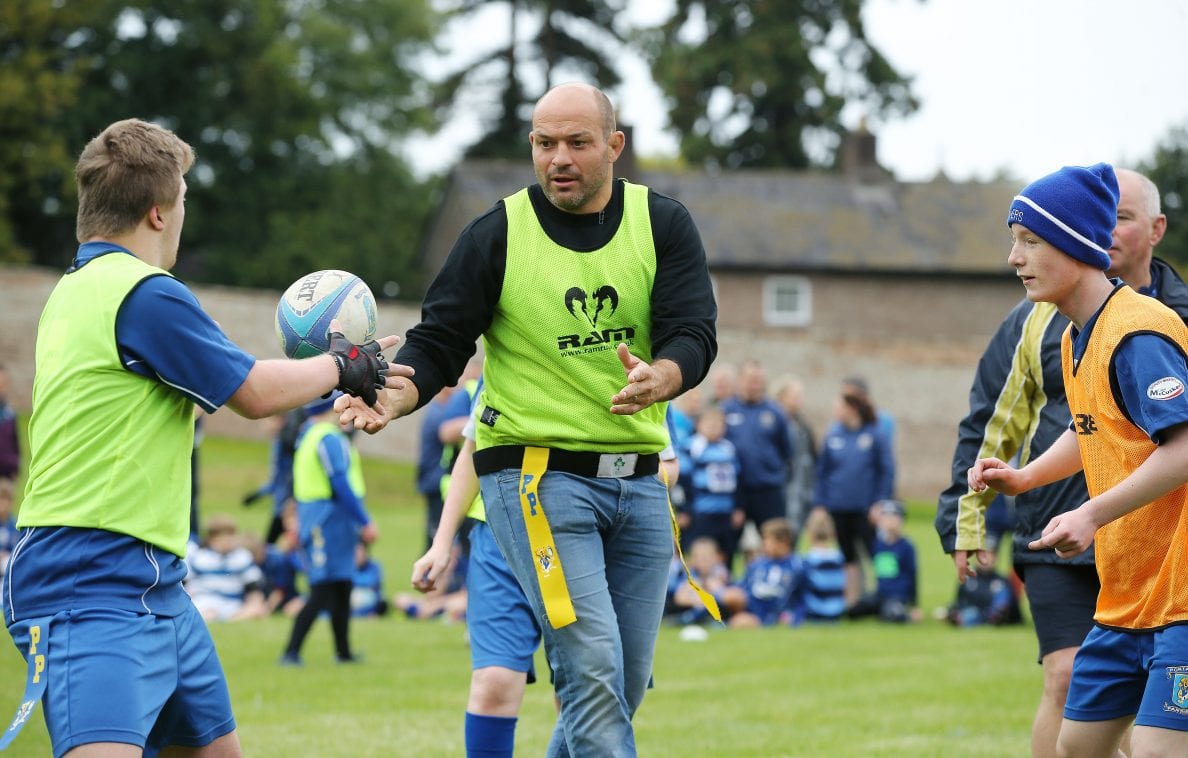 A Festival of Rugby to celebrate Rory Best’s conferment with the Freedom of the Borough of Armagh City, Banbridge and Craigavon saw hundreds of players from across the area attend City of Armagh Rugby Club on Saturday.

Players from Banbridge RFC, Dromore RFC, Lurgan RFC, Portadown RFC, and City of Armagh RFC took part in the festival, as well as rugby neighbours Dungannon RFC and Monaghan RFC, with teams made up of Primary 5,6 and 7 school children.

The day has kicked off by an exhibition match from Portadown Panthers, a non-contact tag rugby club for people aged six-years-old and over with learning disabilities of which Rory is the patron.

He said: “What a privilege to have the Portadown Panthers kickstart the day with an excellent display at this great rugby ground. It really has been a festival of rugby today with brilliant performances from all the teams here and a fantastic atmosphere.

“Given the skills on display and the enthusiasm from all the players here today, it’s clear that the future of rugby in the area is in safe hands.”

William Boyd, President of City of Armagh Rugby Club said it was heartening to see such enthusiasm for the sport and to have so many gather at the Palace Grounds for a really memorable day.

“With Rory’s help rugby will go from strength to strength in this borough and hopefully some of our players will follow in his footsteps,” he added.

“Congratulations to Rory and to City of Armagh Rugby Club for a great event.”

The Festival took place ahead of the official proceedings when Rory is conferred with the Freedom of the Borough at a private ceremony at the Palace, Armagh.

As part of the Freedom of the Borough celebrations, some of Rory’s most memorable items from his playing career will be on display in a special exhibition in the Archbishop’s Palace in Armagh.

The exhibition is open until Sunday, September 16, from 10am to 5pm and 7pm to 9pm on weekdays and 2pm to 5pm at weekends. It is closed today (Saturday) September 8 and Wednesday,  September 12.