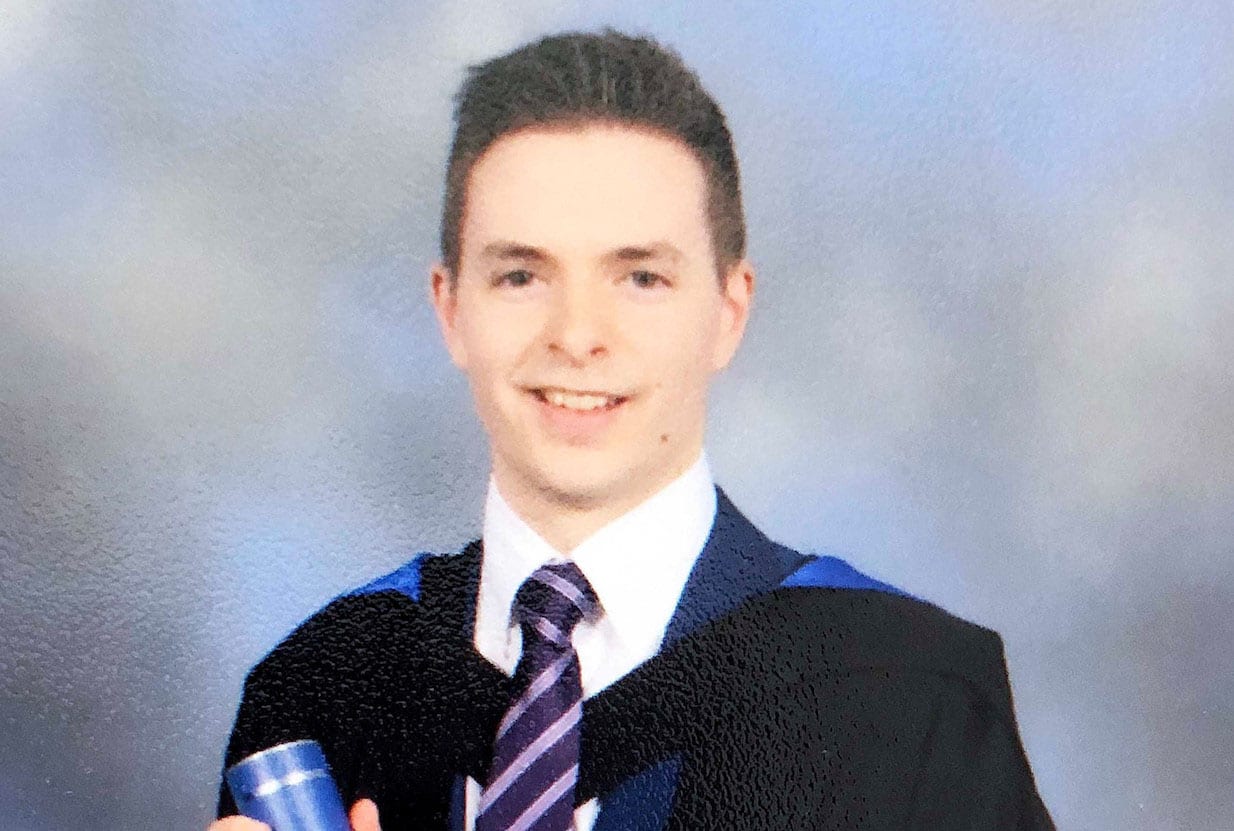 The heartbroken brother of a 25-year-old Co Armagh man who died suddenly in the United States told mourners of the moment he found out the tragic news.

Philip Hagan, from Tynan, died suddenly on December 9 in Philadelphia, where he had been working for the past two years.

Hundreds attended his funeral at St Andrew’s Church in Killyman on Friday.

His brother Jonathan told mourners of the immense shock of learning of Philip’s death but also of the pride he had for his brother.

“When I heard Philip had died my legs were shaking, my ears were ringing,” he said.

“Philip, as well as being a brother I am incredibly proud of, was one of my closest friends. We were always extremely close from the start and spent a great childhood together shared with great friends.

“My parents are so proud of Philip and he would be the first to say what huge part they both played in who he was as a man and the success he enjoyed throughout his life.

“They are role models for both of us and as well as grieving for the loss of my brother to witness the profound effect of his passing on parents has been equally as devastating.

“Philip would want me to say thank you to my parents for all that they have done for both of us. For all their support, guidance and advice growing up. Philip was wise beyond his years, it was often I who turned to him for advice, guidance and support.

“First and foremost, Philip was a genuine, modest, caring man. For a man who was extraordinarily talented, he was friendly, personable and quietly unassuming in equal measure. I have no doubt in my mind Philip was one of the most intelligent men I will meet in my lifetime.

“Academically gifted, he was as conscientious and hard-working as they come. People say hard work beats talent, well Philip had ample supply of both. Combined with his calm demeanour and sharp sense of humour it’s little surprise he achieved so much in such a short time.”